WRIGHT-PATTERSON AIR FORCE BASE, Ohio (AFRL) — The Air Force Research Laboratory’s Gaming Research Integration for Learning Lab (GRILL) is scheduled to host Full Throttle STEM events May 10 at Eldora Speedway in Rossburg, Ohio, and May 12 at the National Museum of the United States Air Force.

The GRILL’s inaugural Full Throttle at the museum follows seven previous events at Eldora, the last in 2019 before pandemic restrictions paused the event. Expansion south resulted from feedback and success of the previous events in Rossburg, according to 1st Lt. Kyle Bucklew, warfighter training program manager, 711th Human Performance Wing, part of AFRL.

Eldora Speedway was originally chosen to encourage interest at rural schools where students often don’t have access to STEM resources.

“Full Throttle became pretty popular. People loved it,” Bucklew said. “So when schools around Dayton started asking, ‘Why not here?’ we said, ‘Sure, let’s go ahead and kick it off.”

Full Throttle STEM is conducted in collaboration between the AFRL STEM Outreach Office, the Dayton STEM Education Support Center, and the 711 HPW. The activities scheduled at Eldora and WPAFB are the culmination of semester-long capstone projects for about 120 students from surrounding areas.

Participating teachers and students utilize a series of project-based STEM learning materials that are developed at the GRILL and posted to its web site. Throughout their academic semester, students focus on applying skills, such as physics (in racing), graphic design, and marketing, to design, develop and race their own RC car.

Students learn how to use low-cost microcontroller boards and single-board computers as on-board computers to control RC cars and trucks. These RC vehicles are then placed on a racetrack, and students race in either a drag race event or an obstacle course event for school pride and a trophy they keep for the year.

The Jim Overholt Autonomous Rover Project is featured at Full Throttle to expose students to the design and programming of onboard logic (Python, C, C++), interfacing sensors, servos, and motors using both analog and digital general purpose input/output pins, as well as some basic electrical and computer engineering principles. Students compete for time and distance for their vehicle on the obstacle course track. There is also a trophy for this event.

Both Full Throttles are scheduled to begin at 9:30 a.m. and finish at 2 p.m. with the same agenda, as follows:

The Air Force Research Laboratory (AFRL) is the primary scientific research and development center for the Department of the Air Force. AFRL plays an integral role in leading the discovery, development, and integration of affordable warfighting technologies for our air, space, and cyberspace force. With a workforce of more than 11,000 across nine technology areas and 40 other operations across the globe, AFRL provides a diverse portfolio of science and technology ranging from fundamental to advanced research and technology development. For more information, visit: www.afresearchlab.com. 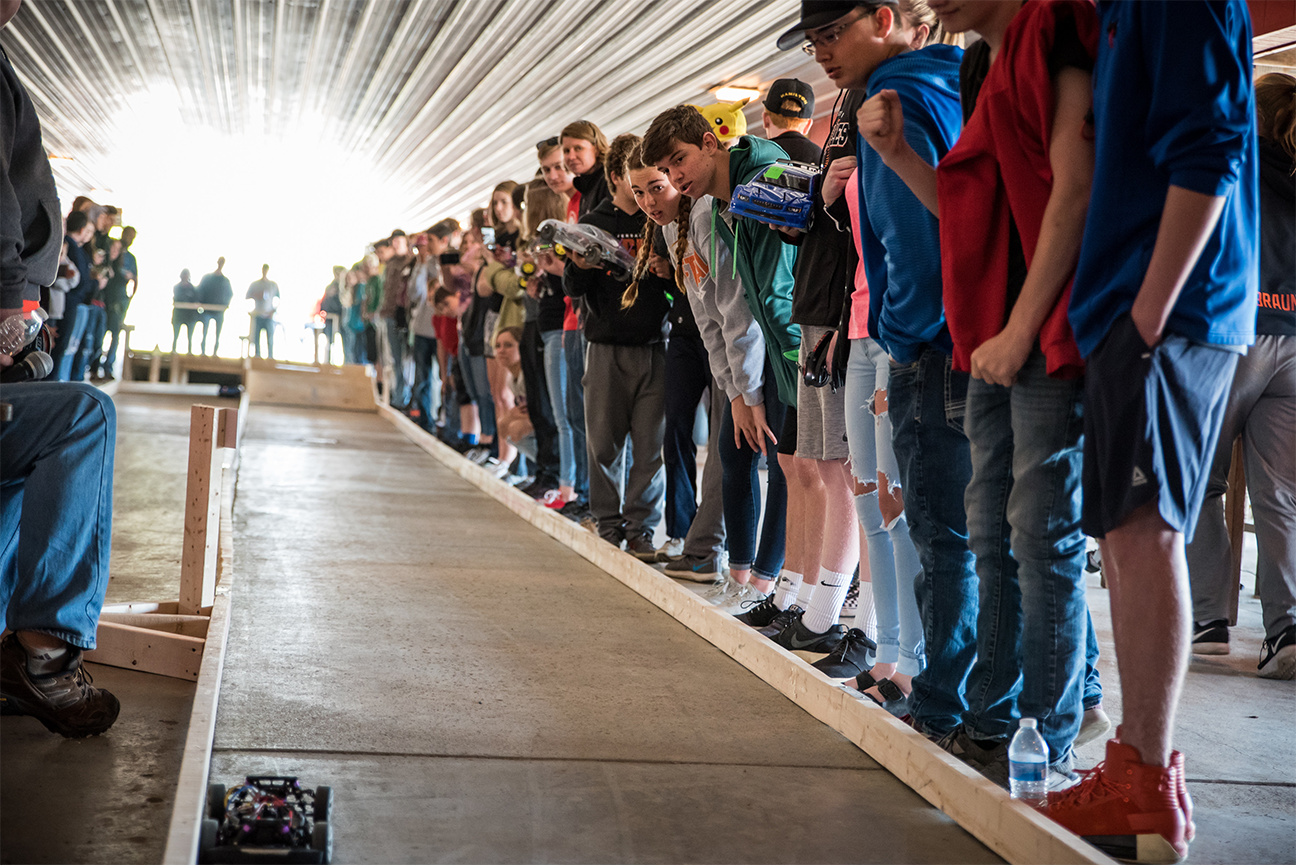