Maj. Gen. Heather Pringle, AFRL commander, presided over the ceremony and discussed the importance of taking command of the lab’s only wing with its two directorates totaling nearly 2,000 personnel.

“[Leading the wing] is no small job,” said Pringle. “And nothing is more important than giving this team the vision, the steady hand, and the guidance that they need to thrive.”

After commenting on how nice it was to hear the National Anthem live after 18 months of pandemic restrictions, Pringle discussed Andrus’s path to AFRL, which began as a decision between him and his spouse to attend medical school at the Uniformed Services University, and since has included leading two commands and being part of the response team when the USS Cole was attacked by terrorists in October 2000, among other responsibilities. The 711HPW is his third command.

“You’re getting a great advisor, a great strategic thinker, and a great leader with Brig. Gen. John Andrus,” she said. “But most importantly, you’re getting someone who is laser-focused on taking care of people. This is not just his medical mantra—the Hippocratic Oath that he took early in his life—but it is part of his DNA. It’s part of what his parents instilled in him at a young age—serving others, continuously improving, and putting others before yourself.”

Andrus comes to the wing from U.S. Transportation Command at Scott Air Force Base in Illinois, where he was the command surgeon, responsible for patient movement operations and served as the senior medical advisor to the USTRANSCOM commander. Andrus directed global patient movement in support of Department of Defense activities, including overseas contingency operations and defense support to civilian agencies. Andrus is a chief flight surgeon with more than 900 hours primarily in C-130E, C-9A, C-17A, C-5A and T-1A aircraft. He has led a medical operations squadron, medical squadron and medical operations group. He has also served as the Command Surgeon of the U.S. Air Force Space Command.

Andrus went on to explain how he witnessed this of the 711HPW, specifically with its aeromedical evacuation training.

“Over the years, I’ve watched aeromedical evacuation and critical care transport teams, that were trained right here, bring ill and injured service members, with the most complex medical conditions including combat trauma, back home to families. And I have seen first-hand the application of the [wing] research to improve mission performance and save lives,” he said. “And my first-hand experience with the USS Cole aeromedical evacuation truly demonstrated the unmatched ability of aeromedical evacuation teams trained and educated here to adapt to unseen circumstances.”

Andrus becomes the sixth person to lead AFRL’s human performance team since the wing stood up in March 2008. The lab’s only wing consists of two mission units: the research-centric Airmen Systems Directorate and the USAF School of Aerospace Medicine, which is education and training-focused. These two critical units come together as a singular platform within the Department of Defense that has the ability to provide for ready and highly performing Airmen and Guardians.

“As I think of the awesome capability here, and the unifying theme of the 711th Human Performance Wing, I am impressed that this organization is an outstanding example of humble inquiry,” Andrus concluded. “This is an organization that educates and answers questions—that’s basically the mission. The simple act of seeking education requires the humility to acknowledge that one lacks knowledge. And research is about answering questions. Applying the scientific rigor and discipline gained in formal education also requires the humility to ask questions that do not yet have answers.”

“I have been awed and amazed by this organization since I came here to become a flight surgeon, and awed by the incredible history,” he said. And I am buoyed by researchers, educators and leaders from the past upon whose shoulders we stand,” said Andrus. 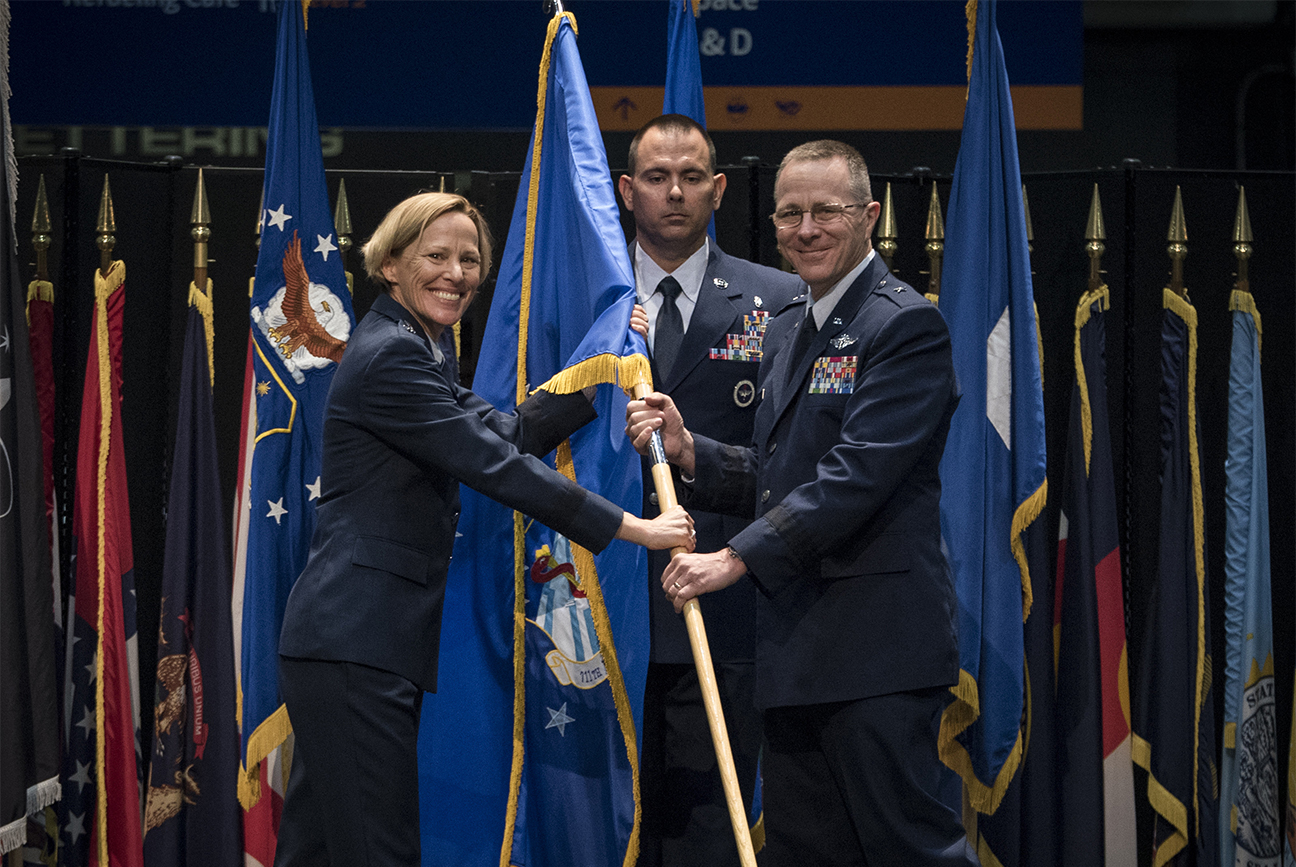 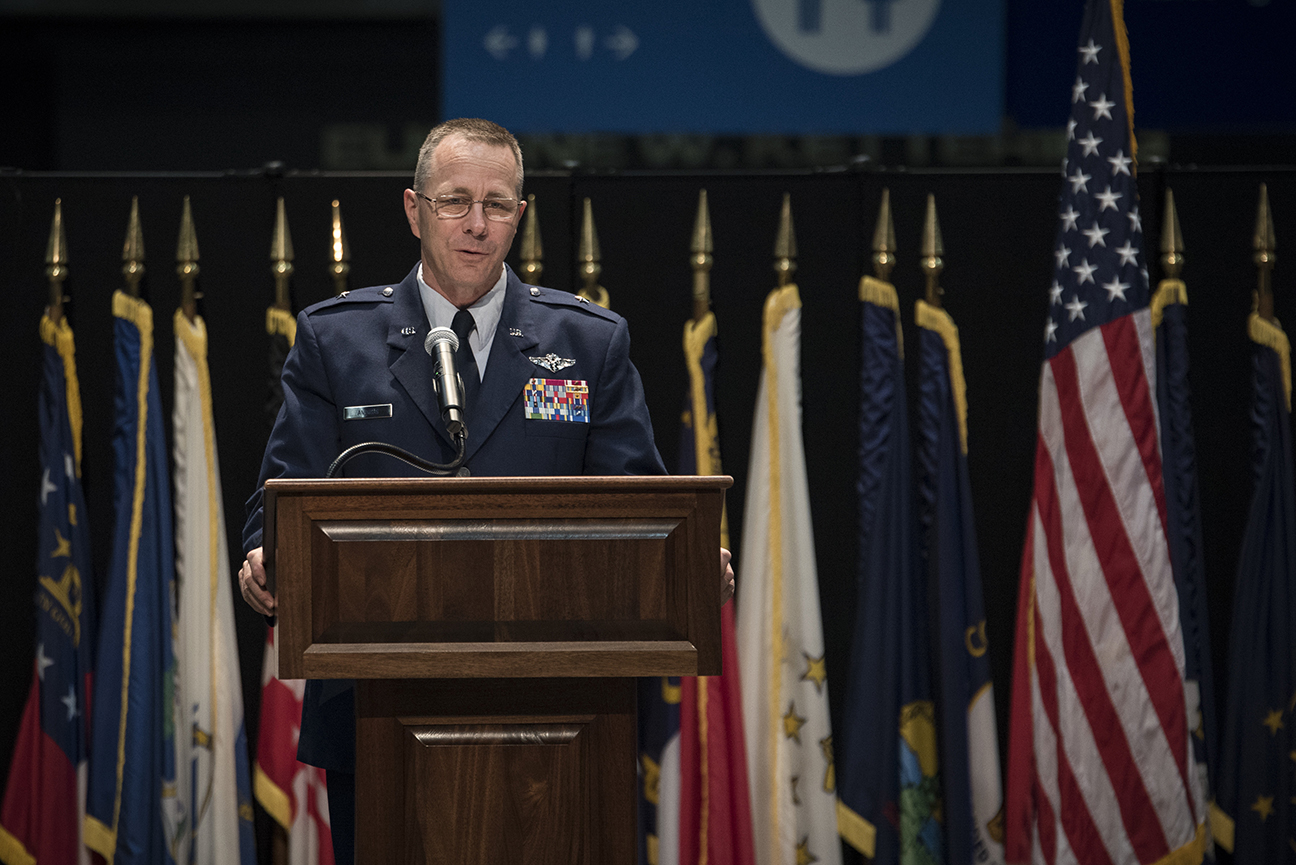