WRIGHT-PATTERSON AIR FORCE BASE, Ohio – The United States is currently in the midst of influenza season, but the medical readiness of Airmen across the Air Force is being supported by a DOD-wide respiratory pathogen surveillance program located at the United States Air Force School of Aerospace Medicine. The Centers for Disease Control and Prevention is reporting 19 million cases, 180,000 hospitalizations, and 10,000 deaths in the U.S. alone.

The USAFSAM Epidemiology Lab, part of the Air Force Research Laboratory’s 711th Human Performance Wing, is the sole clinical reference lab for the Air Force. It provides force health screening, as well as clinical diagnostic testing for its customers around the world.

In Episode 21 of AFRL’s “Lab Life” podcast, Dr. Anthony Fries, a bioinformatics scientist and Dr. Paul Sjoberg, a program manager with the Department of Defense Global Respiratory Pathogen Surveillance Program at USAFSAM’s Epi Lab, discuss how the lab and CDC monitor influenza to provide the U.S. Food and Drug Administration with critical data to facilitate the creation of the influenza vaccine each season.

Sjoberg explained how the surveillance program works to identify changes in viruses.

“We’re actually out globally at military installations and collecting specimens from individuals that are ill. We are looking for certain symptoms that would help us potentially identify a respiratory virus and specifically, influenza. Do they have a fever, or a cough and a sore throat?”

Sjoberg explained that as they look at the changes within the virus to determine if there are mutations occurring, they are also looking for anything unique that stands out.

“We share the information with the CDC and help push this potential change to the influenza vaccine each year. The virus is always changing throughout the world,” he said.

“Because the U.S. military has service members and civilians all over the globe, the DOD Global Respiratory Pathogen Surveillance Program conducts more extensive monitoring than any other domestic surveillance system does to address those changing environments that service members are in,” Fries said.

However, responding to changes in the virus does take some time.

“Our vaccine manufacturing process takes a long time – six to eight months from when you make decisions about what you think the population should be vaccinated against in the coming flu season,” Fries said.

Fries explained that in February, in the northern hemisphere, the World Health Organization, Centers for Disease Control, Food and Drug Administration, and the Defense Department get together and make decisions on the upcoming season according to what has been seen thus far.

“At that point, you characterize and do your best effort to take a very educated guess from a lot of data that have been accrued to say to the industry reps that are sitting at the table with you, ‘These are the candidate viruses that we think you should take back to your labs. We want you to grow those in mostly egg-based systems and amplify it and grow it enough that we can then mass distribute it across the globe to the benefit of the prevention of influenza.’”

“If we get that guess wrong, we are then months behind in the generation of an emergency vaccine for instance. This is another emphasis as to why we watch this so closely. Overnight, these could change and go a different direction than what a lot of forecasters think these are going toward,” he said.

These health officials ask questions such as, “Are we seeing something starting to arise that is more than what is normal, but what we haven’t seen in the past? Is there enough of the population globally that would be impacted by this?

“We all see things a little differently and that sometimes helps make that final decision,” said Sjoberg.

Sjoberg shared a success story for the DOD surveillance program at the Epi Lab that relates to the concern with the pandemic influenza virus that emerged in 2009.

“In 2009, there was the H1N1 pandemic. Because of what we were able to do in our lab and in our partner lab in California (the Naval Health Research Center), we identified the first H1N1 viruses in the United States in California and Texas. The CDC asked for that virus, and that virus was then utilized as a seed virus for that pandemic vaccine. Our program provides the ability to quickly identify something that is occurring in the population that is responsive to the needs of not only the U.S., but globally,” Sjoberg explained.

“The public should know that the vaccine in and of itself is the best method for protection against flu,” Fries emphasized. He went on to explain that the vaccine can reduce the likelihood of contracting the virus by 30 to 80 percent.

To hear more about USAFSAM’s Epi Lab and its work on the flu vaccine, tune in to AFRL’s “Lab Life” podcast. 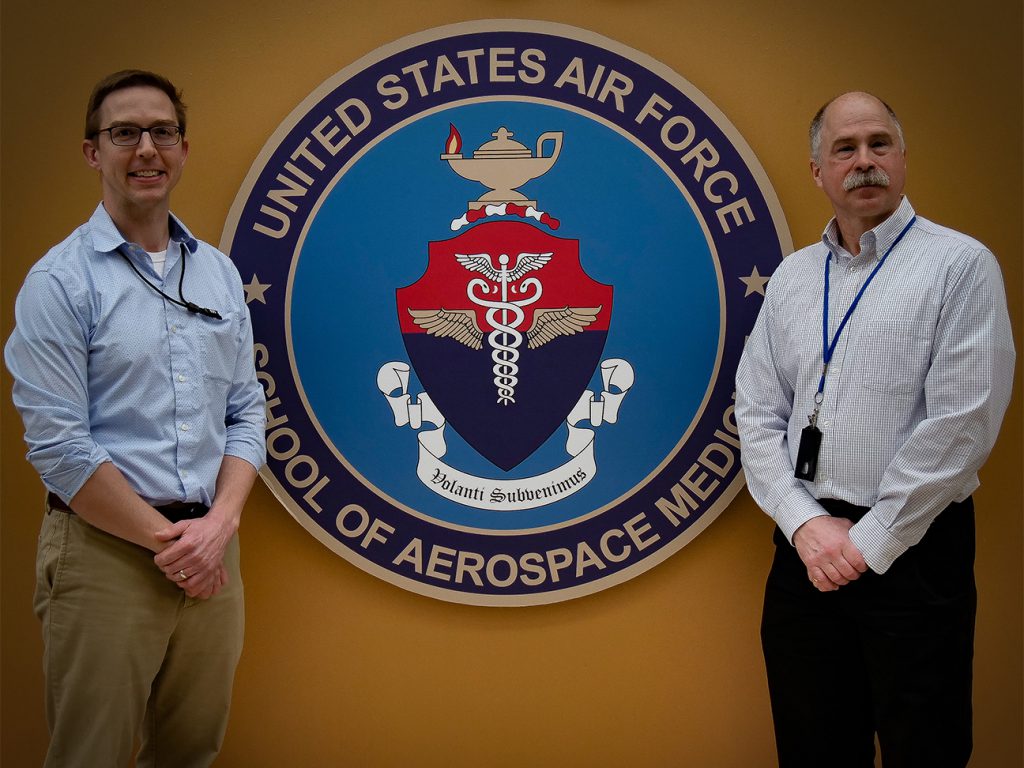