ROME, N.Y. – After using the airframe in various tests during the past 40 years, the Air Force Research Laboratory’s (AFRL) Information Directorate transferred its famed YF-16 from the Antenna Measurement Research Facility in Newport, N.Y. to the Fort Worth Aviation Museum in Texas.

According to the museum director, the museum intends to restore the YF-16 to its original state and then display the airframe in its birthplace. General Dynamics designed and built F-16s in Fort Worth, Texas.

Manufactured as a prototype for flight tests, the Air Force received the YF-16A airframe in 1975. During its early years, the YF-16A spent most of its time at Edwards Air Force Base, California.

Then in 1980, the YF-16 arrived at the Rome Air Development Center where it joined the upside-down Air Force, “a simulated environment engineers used to measure the effects of airframes on aircraft mounted antennas and radio frequency (RF) systems,” said Dr. Michael Hayduk, AFRL RI’s acting director.

Hayduk asserts this “approach to RF measurement has saved the Air Force countless hours and dollars over traditional flight testing, which is exemplary in our success in prioritizing time, cost and efficiency in the Air Force.”

The YF-16 (Y refers to prototype) which was later modified to resemble the F-16A and C models, resided on a 50-foot tower that rotated and tipped at various angles. Local journalists referred to the site as “Mohawk Valley’s strangest landmark.”

Since the airframe could be mounted in various positions, and was visible above the hills of the Central New York landscape, researchers tested communications, radar and directional antennas from varying signal transmit sources, frequency ranges and even across variable topographies and distances.

“A single ten-minute rotation of the airframe at Newport resulted in more antenna pattern data than that collected in one hour of flight test time, at significantly lower cost, and risk.” said Gregory Zagar of RI’s Computing and Communications Division. 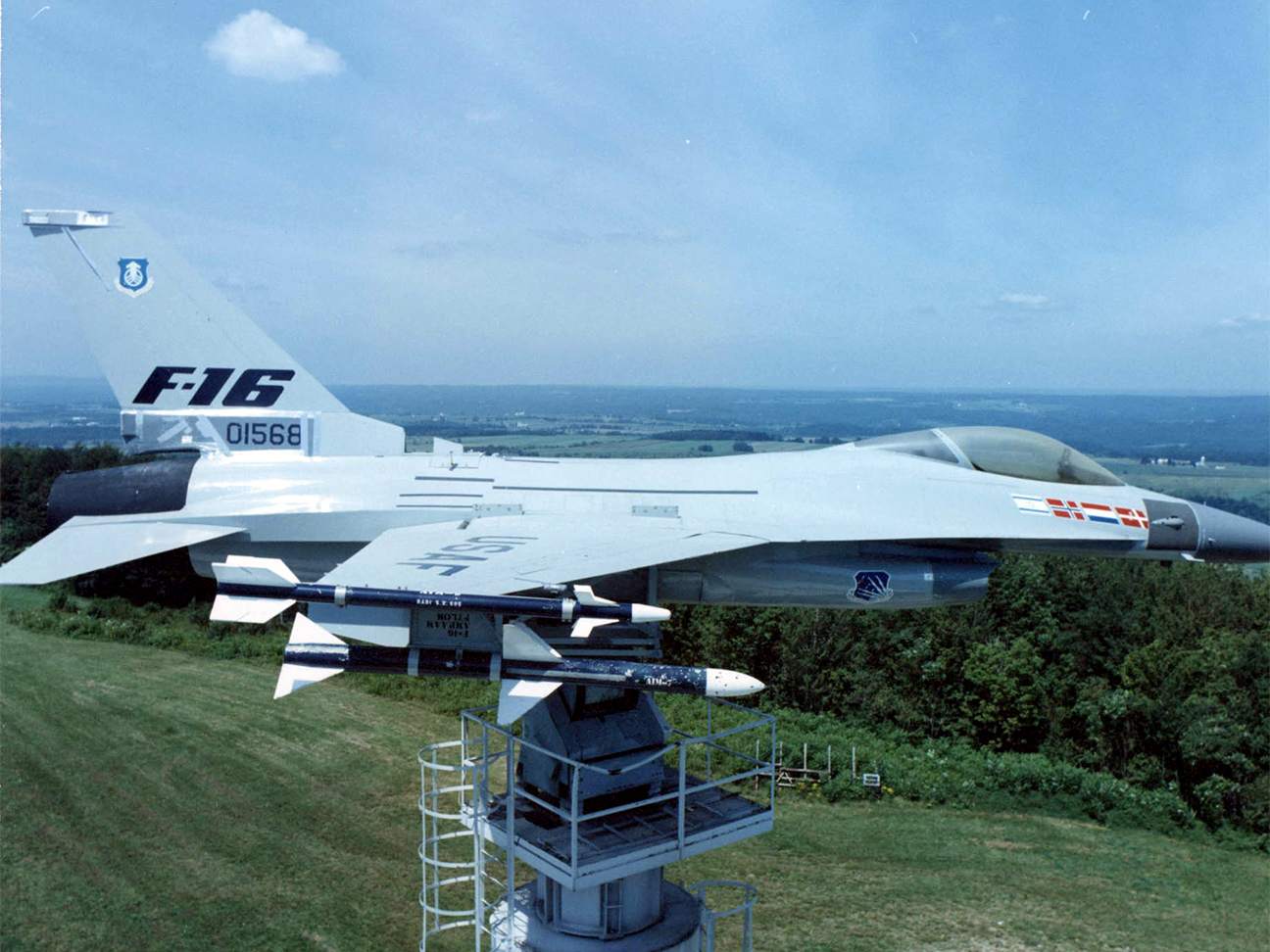 The YF-16 mounted on the test tower at the Newport Research Facility Circa 1987. (Courtesy photo) 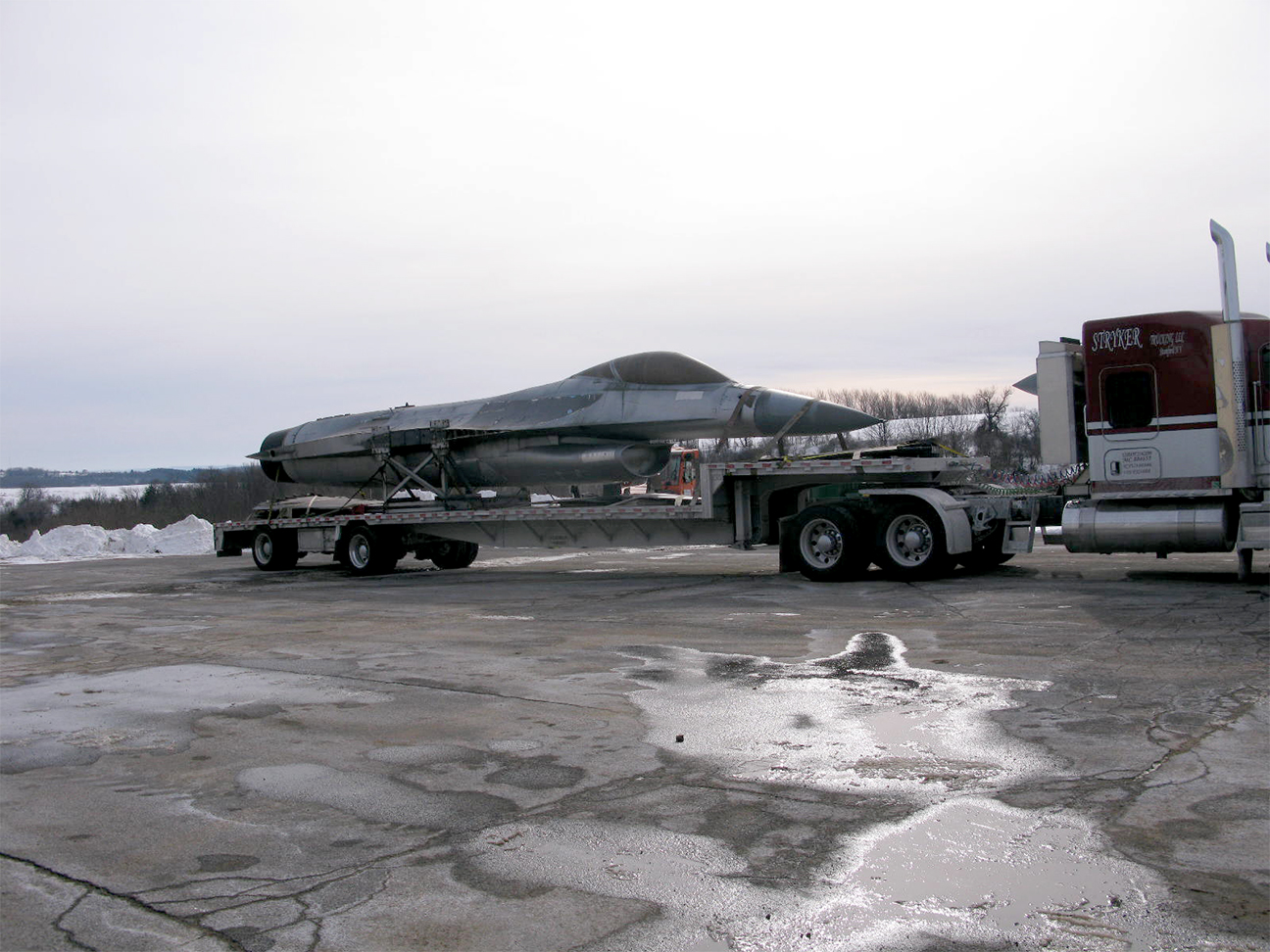 The YF-16 loaded on a trailer for the trip to Fort Worth, Texas. (Courtesy photo)