“This is the culmination of work to develop a collaborative DRSS GRILL space, funded by the State of Ohio as well as the school,” explained Dr. Winston “Wink” Bennett, the Readiness Product Line lead for AFRL’s 711th Human Performance Wing. “The goal was to graduate the GRILL from the technology incubator at its former location (Tec^Edge) to a full-fledged gaming, modeling and simulation-based research and development space—one that also supports STEM development with the school and larger community.”

The new GRILL space, which consists of a parachute simulator, 3-D printers and a host of computer stations, is one of the few Air Force labs now located inside a public school.

“We are thrilled to collaborate with the Air Force Research Laboratory’s GRILL in this one-of-a-kind facility,” said Stephanie Adams, DRSS community outreach director. “It’s so exciting to have such innovative research and technology just steps away from our students. The opportunities for partnership are endless, and the impact on the community is sure to be great.”

Adams also stated that the total expansion will allow the school to grow the student population by 20 percent by 2025, which will provide for more students in the Dayton region to access and experience all that DRSS has to offer.

During the October 2018 brick-breaking ceremony that kicked off the school’s expansion project, AFRL’s Executive Director Jack Blackhurst stated that AFRL was “all in” on any efforts to increase opportunities in STEM career fields. Then during the ribbon-cutting ceremony, he reiterated that commitment, and echoed the goals of Air Force leadership.

“This is a long-term commitment for us—we’re here for the long haul,” Blackhurst said. “And this is what [former Secretary of the Air Force] Dr. Heather Wilson wants us to do—to get out in the community and universities to get more engaged in these activities that then bring new interests and technology to the laboratory from a variety of resources.”

Researchers in the GRILL evaluate existing and alternative gaming technologies to support and improve military education and training, including pilot and maintenance training, Bennett explained.

“I could not be more thrilled for the journey we’ve been on thus far, and I’m excited for what is next for the USAF and the local community,” said Bennett. 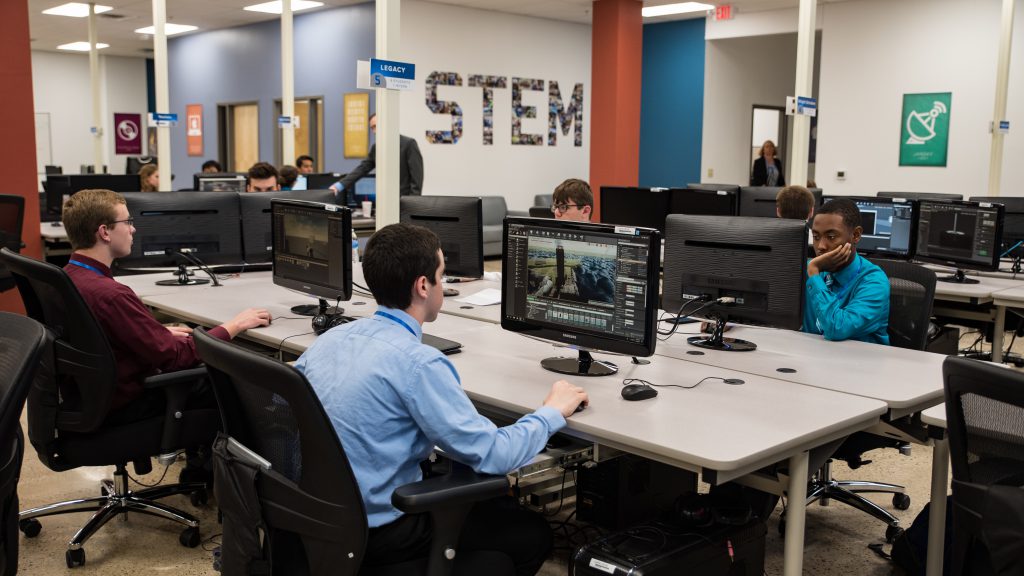