WRIGHT-PATTERSON AIR FORCE BASE, Ohio – Four members from the Metals Branch at the Materials and Manufacturing Directorate, Air Force Research Laboratory, were designated as an Air Force Office of Scientific Research STAR Team for the years 2019-2021.

AFOSR acknowledges researchers who have demonstrated world class scientific or engineering achievement that is cutting edge, and “the best of the best.”

They fund research within AFRL, universities and industry laboratories to ensure the transition of research results to support United States Air Force needs.

The STAR Team has been developing models that can predict the deformation and damage behavior of metals. This will allow improved understanding of the conditions leading to crack formation and growth in metal along with more precise estimates of the life span of metal components.

Each member of the STAR team brings critical skillsets to the table.

Shade, Senior Research Materials Engineer and Principal Investigator for the STAR team, develops all key research experiments. He is in charge of all hardware necessary for the experiments and integrating the team.

Musinski, Research Metals Engineer, uses the data received to validate the models and to make sure they are running the necessary experiments to get the data they want.

Turner is the Senior Research Materials Engineer and the Metals Probabilistic Performance Prediction Research Team Leader. He has the most experience on the team and provides an overall vision of what the team wants to accomplish.

Obstalecki, Research Materials Engineer, helps to plan and conduct the experiments and analyze the data.

The overall strategy of the team’s research is to collect targeted experimental data to inform and validate a model. This involves High Energy Diffraction Microscopy experiments that provide information about the structure and state of a material while it is being deformed. They then compare the HEDM data to simulations of the same experiment, providing information on how well the model is performing. The experiments are conducted at two different synchrotron x-ray facilities: the Advanced Photon Source at Argonne National Lab and the Cornell High Energy Synchrotron Source at Cornell University.

According to the STAR team, they couldn’t have done this without contributions from their research team (Metals Probabilistic Performance Prediction) and those that worked prior to them.

“We’re able to get the necessary data to validate the models but we’re only able to do that because of the technology, investment, and the precision hardware that the team has developed in the last ten years,” Musinski said.

In 2011, the team identified the need for a sophisticated load frame to enable advanced HEDM characterization of Air Force relevant engineering materials. In a partnership with, PulseRay, they invented and developed a family of new materials testing load frames known as Rotational and Axial Motion Systems. Four versions of these load frames were developed with increasing complexity, which are the first-ever materials testing systems designed to simultaneously load and continuously rotate a specimen.

In 2012, the team delivered the first RAMS system to APS as an insert in a traditional load frame. This led to the first dataset combining multiple synchrotron x-ray techniques during simultaneous mechanical testing.

While partnering with CHESS, in 2014 AFRL funded $1.1 million to upgrade a beamline to enable HEDM experiments at the CHESS facility. The funding paved the way for RAMS 2, the first standalone RAMS load frame.

In 2016, the team delivered the RAMS 3 system to APS, which incorporated both axial loading as well as torsional loading testing ability. Pratt & Whitney, Rolls-Royce, and General Electric have all used the system to examine the initiation and propagation of cracks in aerospace alloys.

In 2018, the team was awarded a patent based on the concept of continuous rotation of the sample while under axial or torsion load. RAMS 4 is currently under development and is scheduled to arrive at CHESS and AFRL this fall.

In addition to the STAR award, the team received $1 million by AFOSR to develop the next generation of RAMS machines and an additional lab task worth $250,000 per year for six years to examine the basic science behind crack propagation in metallic alloy systems. The efforts of the team led to an $8 million congressional program with CHESS to transition synchrotron research to the U.S. Department of Defense.

“The overall goal is discovering the lifetime of metal components in an engine or airframe of an airplane. To recognize when to pull them out of service and inspect them for cracks. Realizing replacement time is adamant for an improved mission,” Turner said.

All four members have been working on this project since they arrived in the metals branch.

“With fatigue and loading, it really comes down to what configurations are contributing to the overall variability and the lifetime of a component,” Musinski said. “When you delve down into the finer details you see that there are certain configurations of [material] microstructure that will lead to different levels of failure rates.”

The team is heading toward the end of their basic research and will soon focus on more applied research, which will lead to a more exact time frame of how long a metal part will last instead of pulling the part out of service too early or not pulling the part until a failure has occurred. According to Turner, both methods are not cost efficient.

“You’re forced to use really conservative estimates for safety concerns. The problem is high cost. If we can obtain improved models that are predictable, we can use the material or components more efficiently,” Turner said.

“The Laboratory Research Initiation Request led by Shade and his team is a great example of collaboration between multiple agencies and research teams, working together to advance fundamental knowledge on a critical Air Force need. The resulting data provides crucial validation for material response models, advancing both damage tolerance and failure predictions for multiple metallic systems,” Tiley said.

The last STAR Team Awards given under AFRL Materials and Manufacturing were in 2014. Three research groups under scientists Dr. Steven Fairchild, Dr. Rajesh Naik, and Dr. Richard Vaia were awarded. 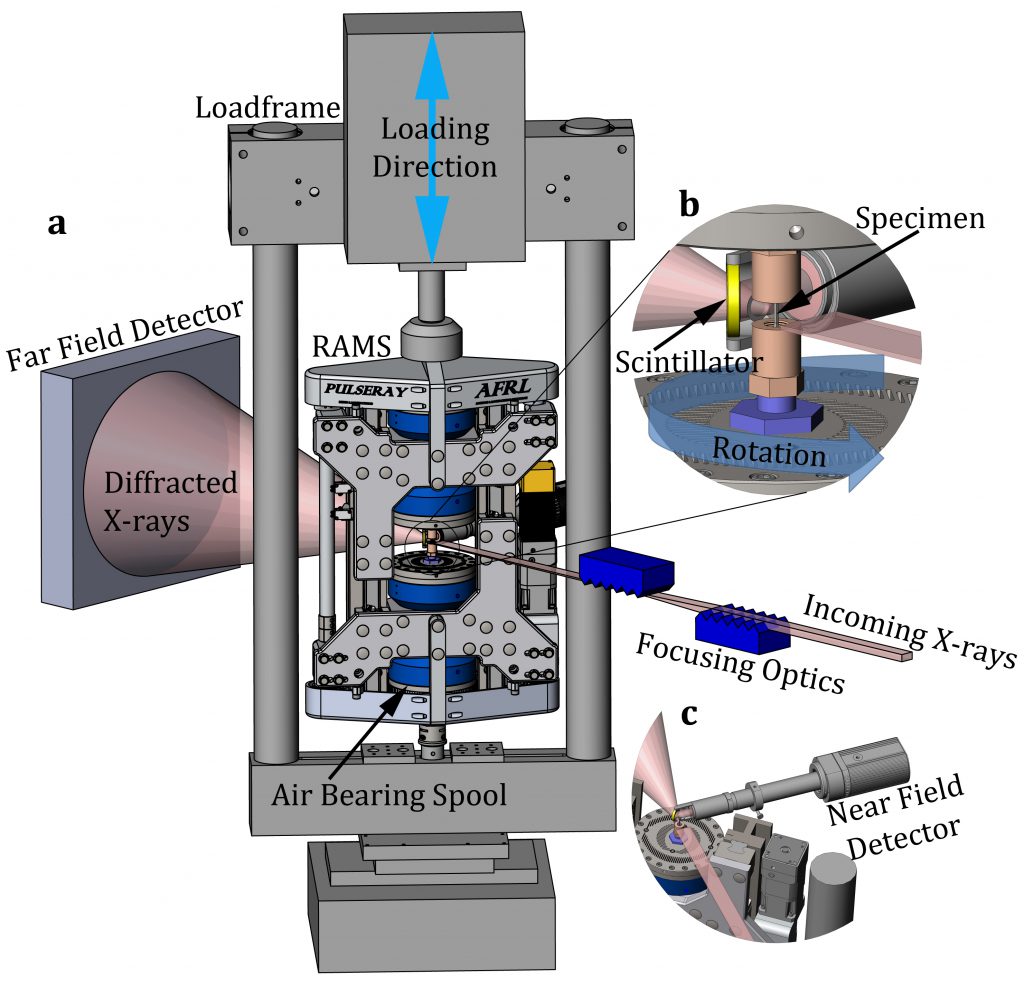