WRIGHT-PATTERSON AIR FORCE BASE, Ohio (AFRL) – AFWERX Agility Prime announced Dec. 10 during the Accelerate event, a series of milestones for the “flying car” program and discussed new initiatives for 2021 including six sectors for potential “Prime” programs.

“AFWERX Accelerate was a big week with Agility Prime having a ground-breaking ceremony for a simulation facility to allow experimentation from the researcher to the operator in the field,” said Gen. Arnold W. Bunch Jr., Commander of Air Force Materiel Command. The ground-breaking, as well as a “ribbon cutting ceremony” for the electric aircraft charging station, occurred at Ohio’s Springfield-Beckley Municipal Airport; however both events were virtual given the worsening COVID-19 situation.

FAA Administrator Steve Dickson said, “we at the FAA are very privileged to partner with the Air Force and AFWERX on Agility Prime” and “we see tremendous value in this program for civil aviation applications.” He added that, “the accomplishments under Agility Prime have been very impressive so far. Already it has awarded millions of dollars of contracts and established an [Air Force] airworthiness process for electric vertical takeoff and landing ORBs.”

At the Accelerate event, the Air Force announced that the Agility Prime team has completed the airworthiness evaluation report of the Joby S4 design for the Technical Airworthiness Authority. This is the input to the USAF Special Airworthiness Process for Contractor-Owned Contractor-Operated aircraft and is the path to enable the Joby aircraft to fly under USAF contract in early 2021.

These flights will provide an opportunity to assess the utility of the aircraft in missions like distributed logistics, medical evacuation, firefighting, disaster response, search and rescue, and humanitarian relief operations. Additionally, such flight tests could generate data to support the FAA certification enabling a broader commercial market.

“You are literally seeing a new market emerge,” said Roper. “This is exactly the type of public private partnership innovation the Air Force and Space Force want to be a part of . . . to make amazing things happen not just for the military but for the world.”

Joby Aviation and BETA Technologies were the first partner companies to advance in the “Agility Prime Air Race,” an opportunity that opened in February 2020. So far 19 companies have applied to participate in this solicitation designed to enable companies to eventually progress to procurement contracts.

Kyle Clark, the CEO of BETA Technologies, described how various aspects of the partnership, from airworthiness work to ground vibration testing, planning, cyber and the digital engineering, all came together to make a successful program. Clark said, “the Air Force’s ability to unite people has enabled us to accelerate our efforts.”

“Our partnership with AFWERX and the Air Force has been transformative,” said Joby Aviation CEO JoeBen Bevirt. The Agility Prime “program has given us access to facilities, resources and equipment that accelerated testing and allowed us to prove out the reliability and performance of our aircraft,” he said.

With a plan of fielding ORBs in 2023, the Air Force is exploring a variety of use cases.

Agility Prime is the first of many Prime Programs in the AFWERX Prime division. During her opening remarks for Accelerate, Secretary of the Air Force Barbara Barrett announced, “the first public flight test of these electric flying ORBs,” and said, “Prime will build off of the success of our premier flying car program. Forging ahead we will design future Prime programs focused on space, autonomy, energy, gaming, supersonics, and microelectronics.”

“We are excited to team up with AFWERX and Prime to plan our training strategy for preparing folks to land on the moon,” he added.
Going forward, “AFWERX Prime will use the same framework of co-investment in dual-use technologies modeled by Agility Prime. We will continue building partnerships, teaming the talent of our Airmen and Space Professionals with the world’s cutting edge technology for accelerated transition to the user that both bolsters international security and global prosperity,” Diller said.

AFWERX announced the next Prime Program – Space Prime, on Dec 11.

AFWERX is now hiring and would like to hear from you. If you think you might be a good addition to the AFWERX team, or if you just have an idea you would like to collaborate on, let your voice be heard by visiting www.afwerx.af.mil or www.afwerx.com.

Recordings of AFWERX Accelerate can also be found at www.afwerx.com.

Established in 2017, AFWERX is a product of the Department of the Air Force, directly envisioned by former Secretary of the Air Force Heather Wilson. Her vision of AFWERX — to solve some of the toughest challenges that the Air Force faces through innovation and collaboration amongst our nation’s top subject matter experts. AFWERX serves as a catalyst to unleash new approaches for the warfighter through a growing ecosystem of innovators. As a part of the Air Force Research Laboratory, AFWERX and the Department of the Air Force are committed to exploring viable solutions and partnerships to further strengthen both our space and air forces, which could lead to additional prototyping, R&D, and follow-on production contracts.

Fast Company named AFWERX Best Workplaces for Innovators on the 2020 List, honoring the top 100 businesses and organizations that demonstrate a deep commitment to encouraging innovation at all levels. AFWERX, the Department of the Air Force’s innovation arm and catalyst for fostering innovation within our space and air forces, came in at #16 ranking in the top 20 alongside brands such as Microsoft, Google, and Amazon. 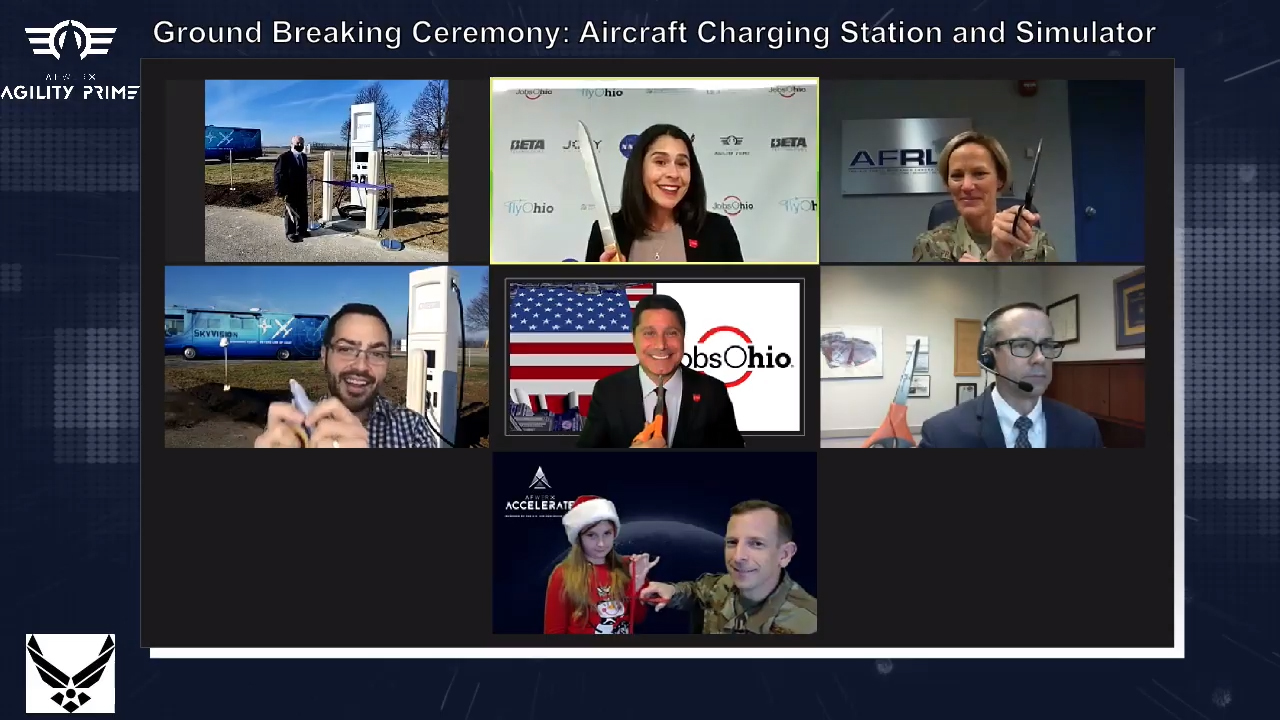