WRIGHT-PATTERSON AIR FORCE BASE, Ohio (AFRL) – AFWERX Agility Prime partner Kitty Hawk has been awarded an airworthiness approval by the U.S. Air Force. With this award, the Heaviside aircraft is able to enter its next phase of flight testing under Air Force direction.

These flight tests aim to explore the unique attributes of the eVTOL (electric vertical take-off and landing) Heaviside aircraft and its potential utility for both military and commercial use cases under the supervision of AFRL engineers and other military stakeholders, representing an important milestone in the joint project.

“Achieving this airworthiness authorization in the Agility Prime program is a key milestone,” said Col. Nathan Diller, Director of AFWERX. “This not only unlocks the opportunity to begin Air Force directed flight tests, but it also shows the high level of maturity of this technology and the high level of maturity of Agility Prime partner companies like Kitty Hawk. This is the fourth Agility Prime partner to achieve airworthiness in less than a year, demonstrating the ability to scale innovation in Air Force Materiel Command.”

Today’s announcement follows on the recent news of AFWERX conducting its first medevac exercise with an eVTOL vehicle using Heaviside. Kitty Hawk’s Heaviside aircraft, named for English engineer Oliver Heaviside, is intended to be fast, quiet, and above all else, green. Designed for a range of 100 miles on a single charge and sound levels of 38 decibels at 1,000 feet, the aircraft should be 100 times quieter than a conventional helicopter and requires half of the energy per mile of an electric car. It has both remotely piloted, and autonomous flight modes, which give it increased versatility for future use.

Founded in 2010, Kitty Hawk has developed numerous eVTOL vehicles in addition to the Heaviside aircraft, and continues to test numerous routes forward in developing this groundbreaking technology. Developers and military collaborators are currently assessing a variety of commercial and military applications for the Heaviside aircraft, including urban air mobility and search and rescue operations.

“We are excited to have hit this important milestone with the U.S. Air Force,” said Sebastian Thrun, co-founder and CEO of Kitty Hawk. “The urban air mobility landscape is changing and partners like Agility Prime are at the forefront of paving the way for faster, quieter and greener transportation.”

The air-worthiness certification is only granted after a thorough engineering review of Kitty Hawk’s design and testing process and represents the Air Force accepting the controlled risk of the flight test program. A significant step in the development, which will allow experimentation and assessment of the airframe to continue through flight tests at the Agility Prime and AFRL team’s direction.

“Agility Prime is proud to have achieved this important milestone with Kitty Hawk for the Heaviside aircraft”, said Maj. John Tekell, Agility Prime Lead. “We are excited to work alongside the Kitty Hawk team as we explore concepts of operation that capture new approaches to air mobility.”

AFWERX, a program office at the Air Force Research Laboratory (AFRL), connects innovators across government, industry and academia. Through innovation and collaboration with our nation’s top subject-matter experts and harnessing the power of ingenuity of internal talent, by expanding technology, talent, and transition partnerships for rapid and affordable commercial and military capability. In 2020, Fast Company ranked AFWERX #16 of Best Workplaces for Innovators, alongside brands such as Microsoft, Google and Amazon. 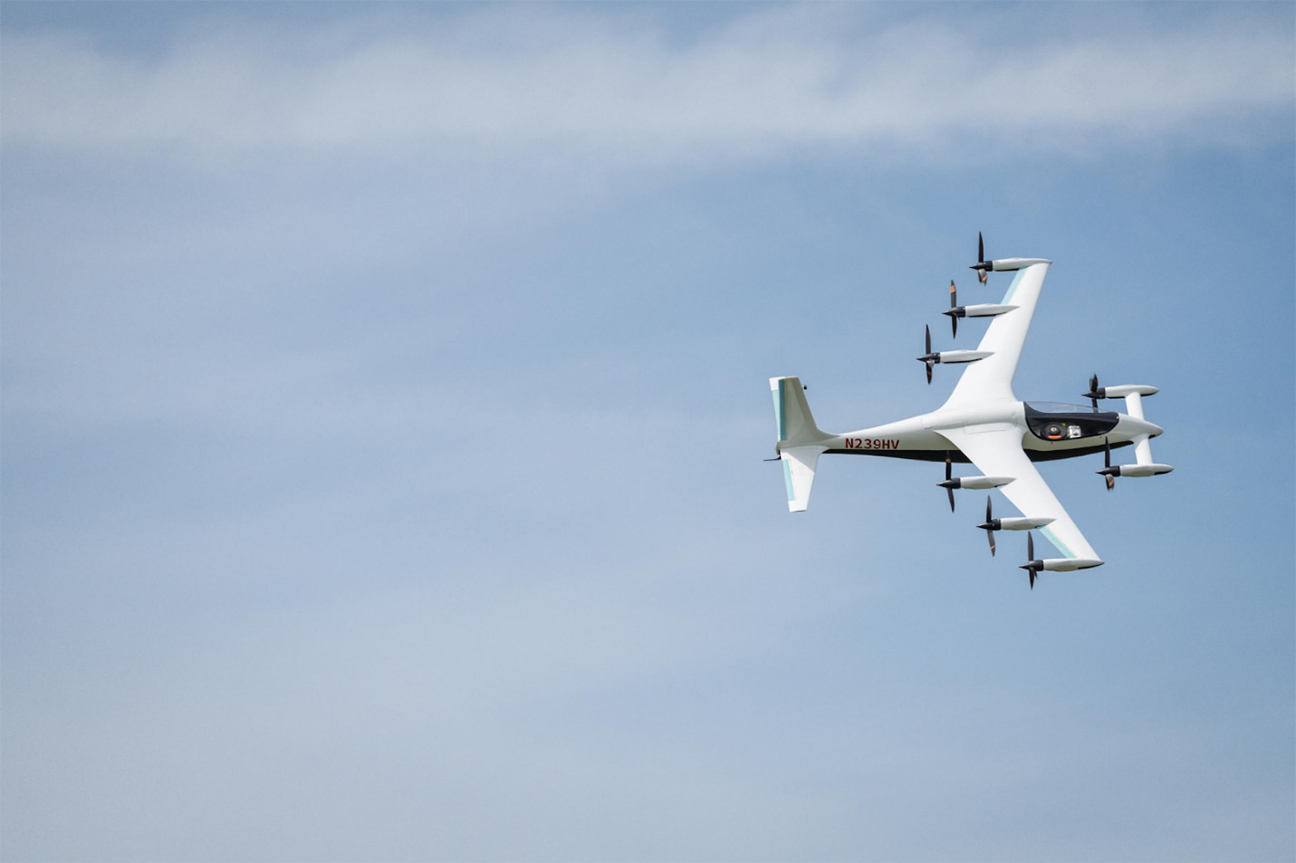 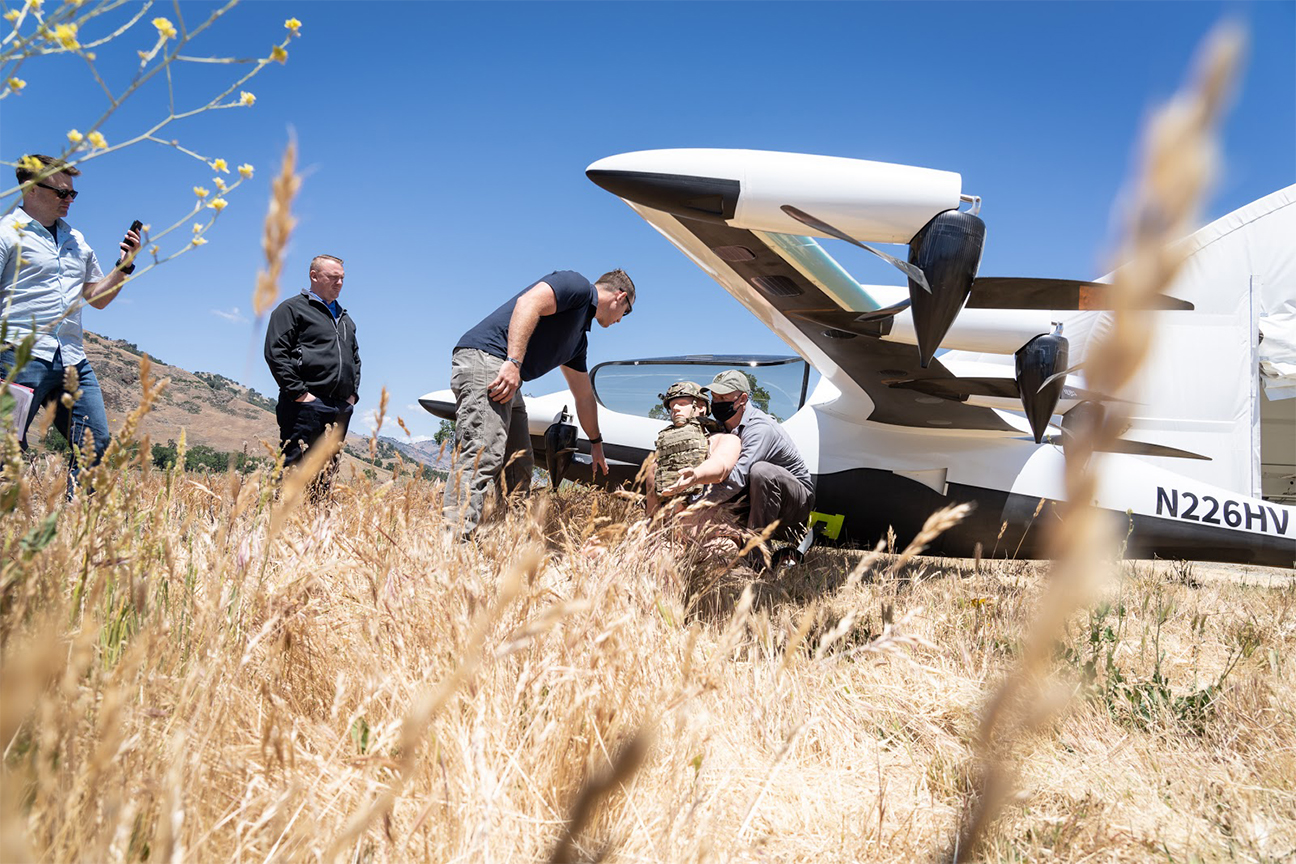