Valiant Shield is composed of 11,000 Soldiers, Marines, Sailors and Airmen performing synchronized training in a real-world environment, demonstrating their readiness to respond to any contingency at a moment’s notice.

AFMC HQ immediately called on a recently tested prototype referred to as the Advanced Flightline Power and Light System (AFPALS).

“We are anticipating transformational benefits from flightline electrification, new energy storage technologies and wireless capabilities for some of our CSE, which AFPALS has assisted in advancing,” stated Chief Master Sgt. Haralson from AFMC HQ Logistics, Civil Engineering, Force Protection and Nuclear Integration Office at Wright-Patterson Air Force Base.

Wireless remote fleet health monitoring and controls, which has been dubbed, “Flightline BattleView,” has the potential to revolutionize day-to-day operations by completely changing the manner in which Airmen across the Air Force support the aircraft maintenance enterprise.

Technology prototypes similar to AFPALS unearth a future concept the U.S. Air Force calls Agile Combat Employment (ACE). This is a proactive/reactive operational scheme of maneuvers executed within distributed and contested environments where smaller teams of Airmen are tasked to generate and sustain combat power.

Staff Sgt. Ryan Merritt from Andersen Air Force Base, Guam, was hand-selected by Wilson to perform the role of AFPALS operator and evaluator during VS20. Merritt received training on AFPALS at the contractor site (Concurrent Technologies Corporation, Pennsylvania). Upon exercise completion, Merritt prepared AFPALS for its return from Andersen Air Force Base, Guam, to the continental United States.

“The LED lights display amazingly well both in the yard and on the line,” said Merritt. “The quiet environment enables enhanced communication while working. Automatic start/stop to charge the batteries at night is another benefit. Solar charging by day is also a plus.”

The unit is self-sustaining for the most part, saving Airmen time to quickly and efficiently perform tasks.

“Field testing with the operators is a critical step to establishing requirements and specifications with the Lead Command and program office,” said Tom Layne, Advanced Agile Combat Equipment and Electrification lead from AFRL’s Materials and Manufacturing Directorate, Advanced Power and Technology Office (APTO).

“This was the first time the Air Force has air-transported a large-format Lithium Ion terrestrial battery within a CSE platform. This event was critical to realizing a more electrified flightline that can also rapidly deploy. From a transformation standpoint, this feat signifies perhaps the most significant U.S. Air Force accomplishment with AFPALS in VS20. A culmination of teamwork was performed by the AFMC HQ Transportation and Packaging Branch, the Air Force Air Transportability and Test Loading Activity, Safety Offices and industry partners to get this right.”

“Many of the pieces of equipment in the field date back to the late 1960s, and have many outdated features,” Wilson stated. “With AFPALS arriving at Andersen Air Force Base, it permits innovative technology to be at the Airmen’s fingertips today. The hope is to spark Airmen into identifying other innovations they want to see fielded and accelerated into our fleets, enabling the Force to reach new heights. Younger generations are encouraged to voice their opinion to identify the mission of the Air Force as a team.”

“Facilitating AFPALS technology from inception to deployment is the highlight of my job,” said 1st Lt. Stephanie Enloe, AFRL APTO project officer. “AFPALS deployment requires the dedication and cooperation of many parties and the successful exercise performance speaks volumes to the outstanding teaming.”

Lt. Col. Brian Hans is the Materiel Leader for AFRL APTO and the AFPALS project. For more statistics, contact AFRL.RXSC.APTO@us.af.mil 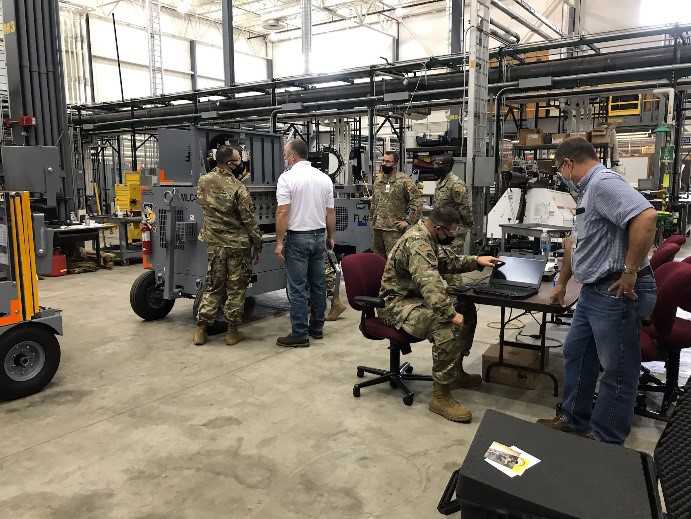 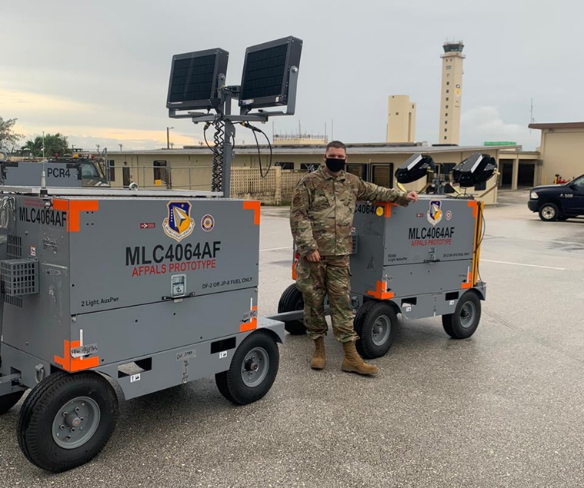