WRIGHT-PATTERSON AIR FORCE BASE, Ohio (AFRL) – The Air Force Strategic Development Planning & Experimentation Office, alongside the Naval Surface Warfare Center took steps forward in April toward making the Air Force’s new Precision, Navigation and Timing (PNT) concept of operations a reality as it demonstrated fused PNT technologies within an Agilepod during six successful Phase I sorties on an airborne testbed in Centennial, Colorado, and successfully fit-tested the configuration on a T-38 at Holloman Air Force Base, New Mexico, ahead of planned Phase II flight tests in August.

According to Maj. Andy Cottle, SDPE’s Operational Experimentation Lead for Complementary-PNT, the Centennial sorties explored a concept of operations developed by Air Force Futures aimed to rethink the Services’ approach to PNT by adapting open software architectures with existing PNT technologies like Vision Navigation (VisNav), Signals of Opportunity (SoOP) and magnetic anomaly navigation (MAGNAV). He explained that the sorties successfully demonstrated that a fused VisNav/SoOP system could perform within the reconfigurable AgilePod™ throughout a wide range of aircraft and environmental conditions.

“PNT isn’t a new challenge for the Air Force, but we know uncontested Air Force dominance isn’t assured and we can’t be complacent,” Cottle said. “This concept recognizes that a single alternative-PNT technology isn’t going to give us the edge against our adversaries as they attempt to disrupt traditional GPS sources; we need to think differently about ways to employ those technologies together to achieve our desired effects.”

Cottle stated that the Centennial tests were just the first phase in a series of flight tests aimed to rapidly explore the operational utility of this concept, adding that during the tests, the team will also assess the MAGNAV technology for potential incorporation in future tests. He added that in another important milestone, the team completed a successful fit-check of the AgilePod™ on a T-38 to prepare for Phase II flight testing at Edwards Air Force Base with the 586th Flight Test Squadron in August.

“This is what experimentation is about,” said Rudy Klosterman, SDPE’s Experimentation & Prototyping Division Chief. “We’re bringing together planners, scientists, engineers, and operators to rapidly – and for relatively small investments – explore competitive advantages, understand operational utility, develop CONOPS, and help the Air Force pivot as needed to ensure capabilities being developed meet the ever changing demands of the battlefield.”

SDPE is a small office of about 15 directly supporting Department of the Air Force and Air Force Futures capability development as a technology agnostic honest broker. The office reports to the Air Force Materiel Command (AFMC) commander and receives its taskings directly from AF Futures and Air Force senior leaders. It resides organizationally within the Air Force Research Laboratory (AFRL) alongside a sister office, the Transformational Capabilities Office (TCO), which identifies and demonstrates the viability of leap-ahead capabilities to drive the Future Force Design, disruptive “first in class” system innovations, and Vanguard programs and reports to the AFRL commander. This close partnership with the TCO and alignment to AFRL allows SDPE to rapidly pivot to evolving demands, build and lead cross-functional teams, and leverage existing Lab capabilities to accelerate capability transition. 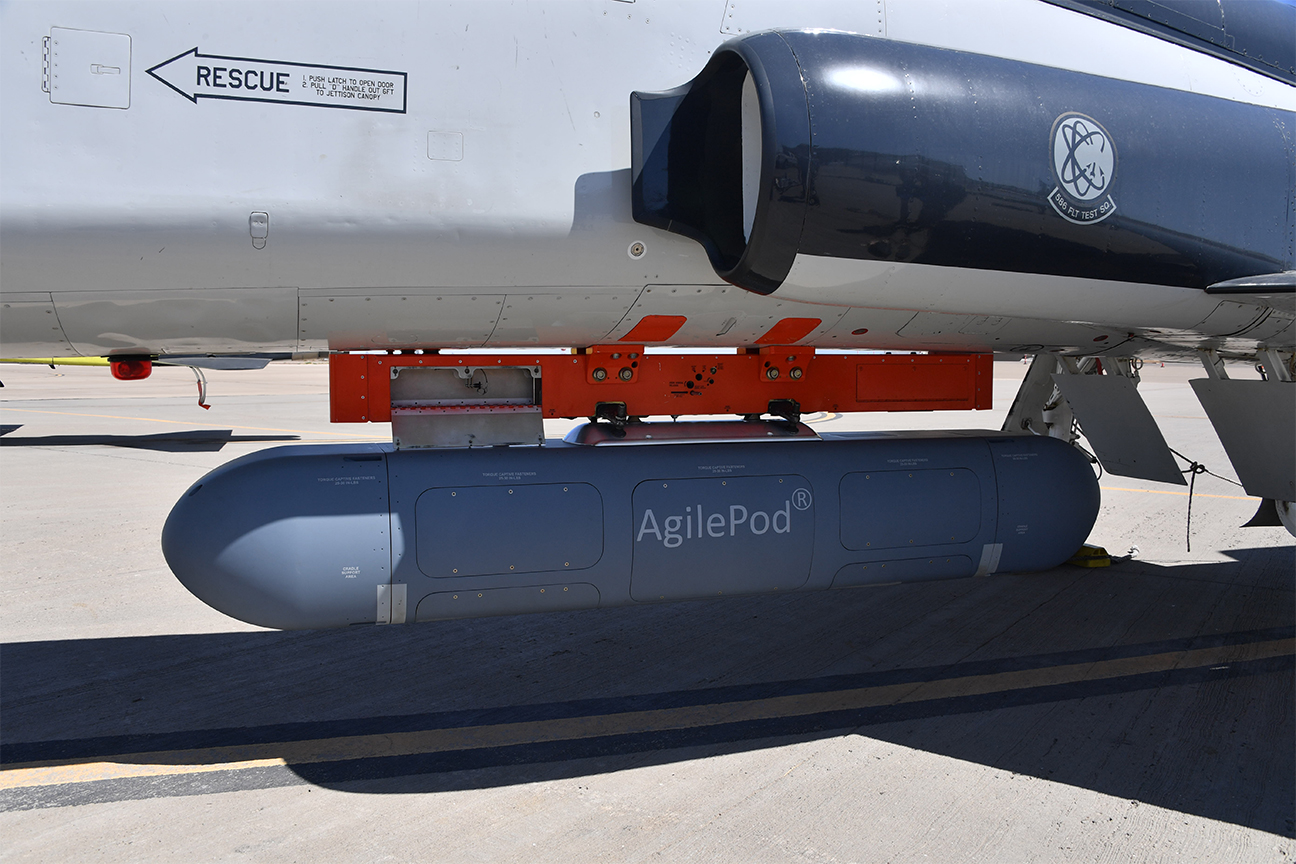 The Air Force Strategic Development Planning and Experimentation office took steps forward in April in making the Air Force’s new Precision, Navigation and Timing concept of operations a reality as it demonstrated fused PNT technologies within an Agilepod during six successful Phase I sorties on an airborne testbed in Centennial, Colorado, and successfully fit-tested the configuration on a T-38 at Holloman Air Force Base, New Mexico, ahead of planned Phase II flight tests in August. (Courtesy photo)