ROME, N.Y. – The Department of Defense is deploying Counter-Small Unmanned Aerial Systems (C-sUAS) developed by the Air Force Research Laboratory’s Information Directorate to military medical facilities in support of the medical response to COVID-19, including the hospital ships USNS Mercy and USNS Comfort. With the increase in COVID-19 patients, this technology is essential to provide security to ensure that lifesaving operations continue unhindered.

In the last decade, small Unmanned Aerial Systems, commonly referred to as drones, have become a persistent and growing threat to the military as highly sophisticated technologies reached consumers’ hands. Today’s drones are easy to operate and highly capable of detailed surveillance. Through malicious interference, they can disrupt aircraft operations and even deliver hazardous items.

These detection and defeat measures do not interfere with other military and civilian systems, a key safety factor for use in active operations, said Lt. Col. Bree Fram, AFRL’s deputy lead for C-sUAS technology. “We essentially have to recreate the defensive functions of the Air Force in miniature. These systems allow continued freedom of operations for aircraft and personnel.”

Fram asserts that the Air Force is committed to protecting military personnel against “these new miniaturized threats.” The last U.S. service member fatality on the ground attributed to enemy aircraft occurred more than 60 years ago during the Korean War.

“I am very proud of the team for reacting so effectively and rapidly to support COVID-19 operations,” said Capt. Michael Powell, AFRL C-sUAS Director of Operations. “I learned that we are one big team across the Department of Defense. The Navy, Air Force, and our team of contractors all worked well together to support vital medical missions,” he said.

Powell asserts that AFRL is a key supporter of national security. “We stand at the ready and remain dedicated to innovation and technological advancement, even amid crisis and pandemic.” 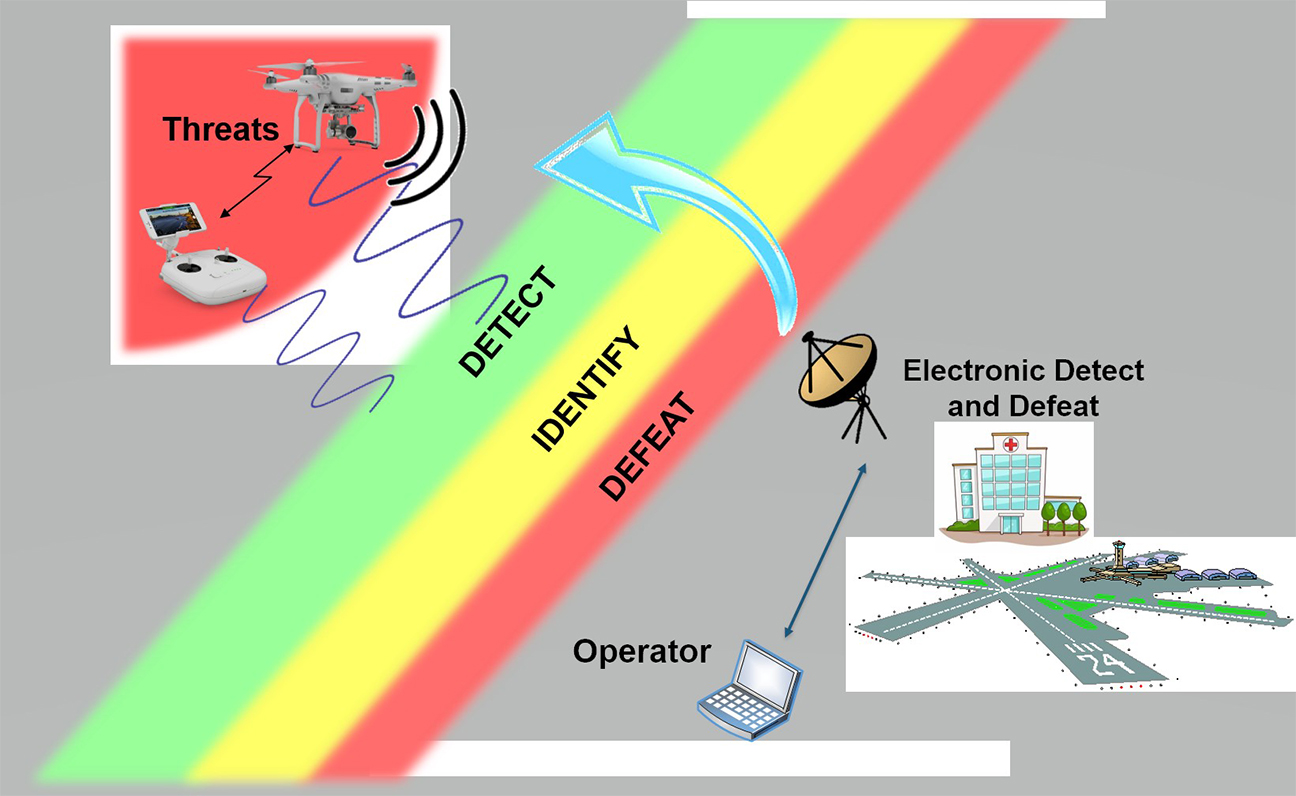