These former Airmen formed the service-disabled, veteran-owned small business, Combat Power Solutions, to develop innovative technology that solves real-life warfighter challenges, such as those they’d seen as Special Warfare Airmen. Their company, CPS, had only been in operation for a little over a year when they submitted an idea to SBIR and were invited to present their idea at the very first SBIR/Small Business Technology Transfer Pitch Day in New York City March 6-7, 2019.

The Air Force held Pitch Day to introduce a faster, smarter method to get cutting-edge technologies and capabilities into the hands of warfighters by speeding up the investment and DoD process. CPS managing partner, Chris Larkin, said that he, with his business partners, presented their pitch in a 10-minute format much like the T.V. show, Shark Tank.

“The process that the Air Force use[s] [in Pitch Day] is really innovative,” Larkin said. “Companies presented their technology concepts, [the government panel] did a small huddle to decide whether they were going to select us or not, we went next door, the government swiped their credit card, and we had money in our account—here we are, a small business with no inbound revenue before that.”

“What is really unique about this opportunity is that the Air Force has invested heavily in the SBIR program because they want to build up and increase the relationships in the military-industrial base and take advantage of the innovative spirit of Americans,” Larkin said. “It’s a really cool kind of win-win story where former Air Force guys are taking advantage of an Air Force program to help solve warfighter capability gaps.”

With the above swipe alone, CPS was given $150,000 for a six-month, Phase I contract to develop a large prototype of an in-line charging system for the Combat Survivor Evader Locator (CSEL) radio. The desired function of this system is to specifically power and charge the battery of the CSEL radio, a device already included in ejection-seat-housed survival kits used by downed pilots.

While AFLCMC’s Special Warfare Systems Program Office at Wright-Patterson AFB awarded and managed the contract, it turned to the B.A.T.M.A.N. program in AFRL’s 711th Human Performance Wing for a technical point of contact (TPOC). The B.A.T.M.A.N. team includes experts in a wide range of disciplines such as electrical, mechanical and biomedical engineering as well as software, who develop technologies for the Air Force’s Special Warfare personnel, such as combat controllers and tactical air control. Lt. Patrick Assef, who had experience working on a previous CSEL battery project at a university in Michigan, served as the initial TPOC until very recently. Because the CSEL radio is a controlled item, he was vital in obtaining a mock CSEL radio from Air Combat Command for CPS to use and reference as they worked to develop a smaller charger prototype that would precisely fit the radio, Larkin said.

As a result of the successful SBIR Phase I effort, CPS applied for and was awarded a SBIR Phase II contract in order to further refine the functionality and size of the prototype. This development took place over an 18-month period, which saw CPS’s Surge Tactical Charger device evolve through five different prototypes. Assef and the B.A.T.M.A.N. team helped coordinate collaboration with other Air Force organizations for the testing of these prototypes.

The evolution of the prototypes resulted from obtaining end user feedback from 20-25 different Air Force customers and three different testing situations, including bringing ACC personnel out to Nellis AFB to run prototypes through exercises with pararescue jumpers and survival evasion, resistance and escape personnel in the 57th Wing and the 414th “Red Flag” Combat Training Squadron. The feedback received allowed CPS to adjust things like the placement of the Surge charger’s crank handle and add a strap to the device so that a downed pilot with a broken arm or dislocated shoulder could move the crank with one hand.

“When we built the first prototype, it was horrendously loud,” Larkin said. “So, we’ve slowly but surely made the device lighter, smaller, quieter, and really the success is we’re building a capability that can potentially solve a warfighter capability gap in terms of giving an isolated person unlimited power in an escape and evade situation. Unprecedented. Never before have we had that.”

A quieter Surge charging solution and its ability to keep a radio powered can be critical to a pilot who is hiding and trying to evade capture after being shot down deep in combat mission, said Sedillo, a former survival teacher and retired active-duty Air Force aircrew life support member.

“This might make a difference between whether an isolated person (IP) gets rescued or not, whether that IP becomes a POW,” Sedillo said. “We’re not just going to go get an IP like we’ve been doing in Afghanistan. The IP is going to be there for a while. We’ve realized we better come up with a solution, and simply adding more batteries [to the survival kit] isn’t the answer because if we add anything, something else has to come out. There’s no more room in that survival kit.”

CPS’s final prototype of its Surge charging device eliminates the need to carry extra CSEL radio batteries with a size and weight similar to a CSEL radio battery—specifically 2.7 x 3.7 x 2.6 inches and just over a pound. The device provides compatibility and capability to charge the radio battery via any of four different methods, including solar. Directly, its crank-operated handle generates charging power at a physically sustainable rate for humans while on the move. The time it takes to charge the battery is variable based on the battery’s current state of depletion.

“It is a lot of cranking, but it’s a capability that you never had before,” Sedillo said. “From a psychological perspective, it gives the evader confidence that they are doing something to affect their survival. The CSEL radio only needs a microburst of information; so, you just need to get it [charged] up enough to send out a quick message.”

“But this thing is not just a one-trick pony. It’s not just going to recharge the battery for the survival radio; it charges the battery while you’re using the radio, and it has a USB output so that you can charge peripheral devices.”

Sedillo acknowledged the steps CPS and the B.A.T.M.A.N. team took together to achieve developments like these.

“[CPS] understand[s] the importance of [radios],” he said. “When they say they’re going to do something they do it. This whole program from the beginning all the way to the end has been very lockstep. Every time they briefed a new version, they had solved problems or issues that we had brought up, and it kept evolving. It was a collaborative effort that we allowed them some resources they would not have had otherwise, such as contact with the user community, opportunities to go test at exercises, testing acoustics, and so on.”

Established under the Air Force Research Laboratory, the 711th Human Performance Wing (711 HPW) combines the Airman Systems Directorate and the US Air Force School of Aerospace Medicine to serve as the first human-centric warfare wing to consolidate human performance research, education and consultation under a single organization. The 711 HPW’s workforce spans 75 diverse occupational specialties including science and engineering, occupational health and safety, medical professions, technicians, educators, and business operations and support at Wright-Patterson Air Force Base, Ohio as well as a dozen smaller operating locations nationally and internationally. 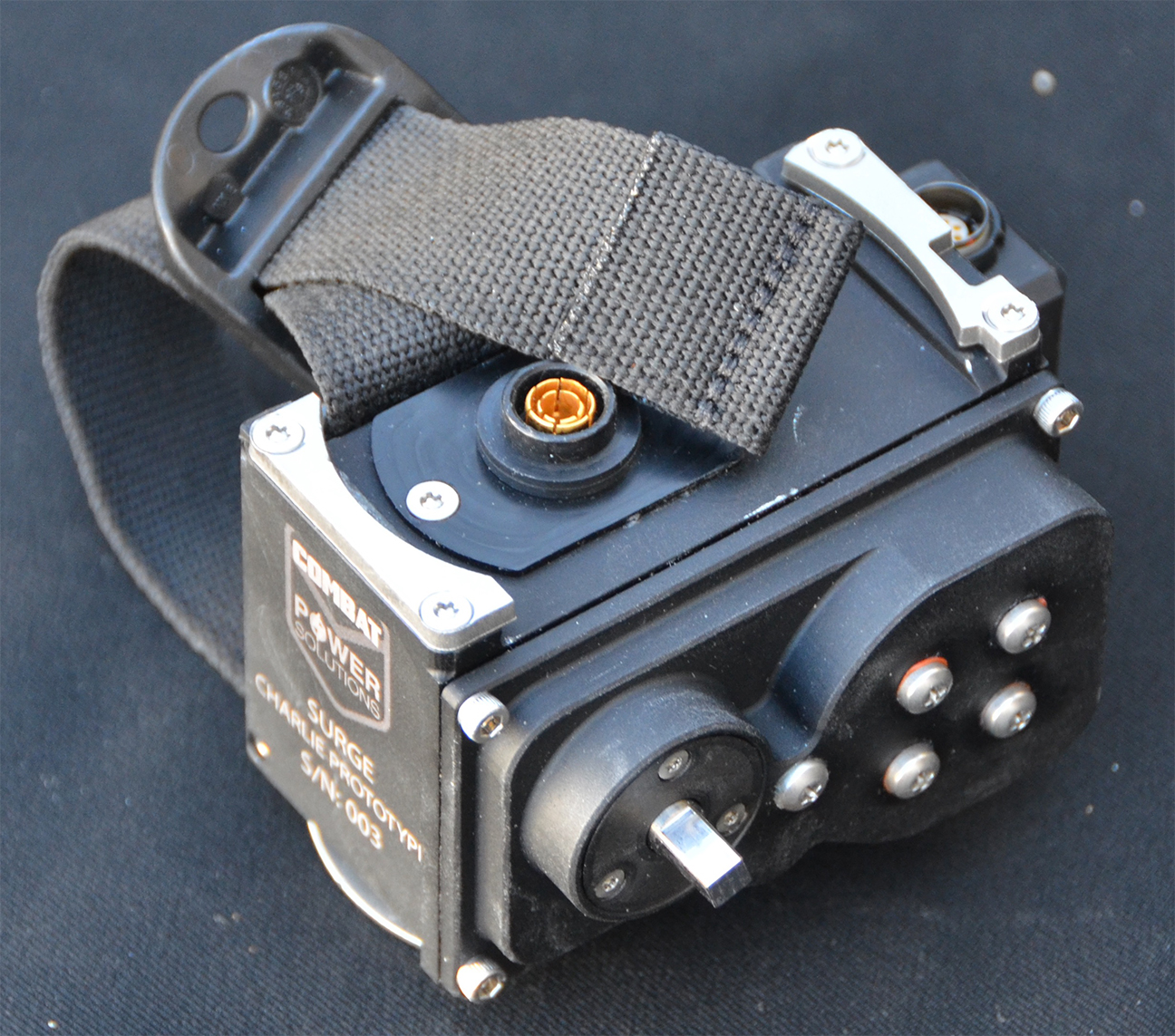 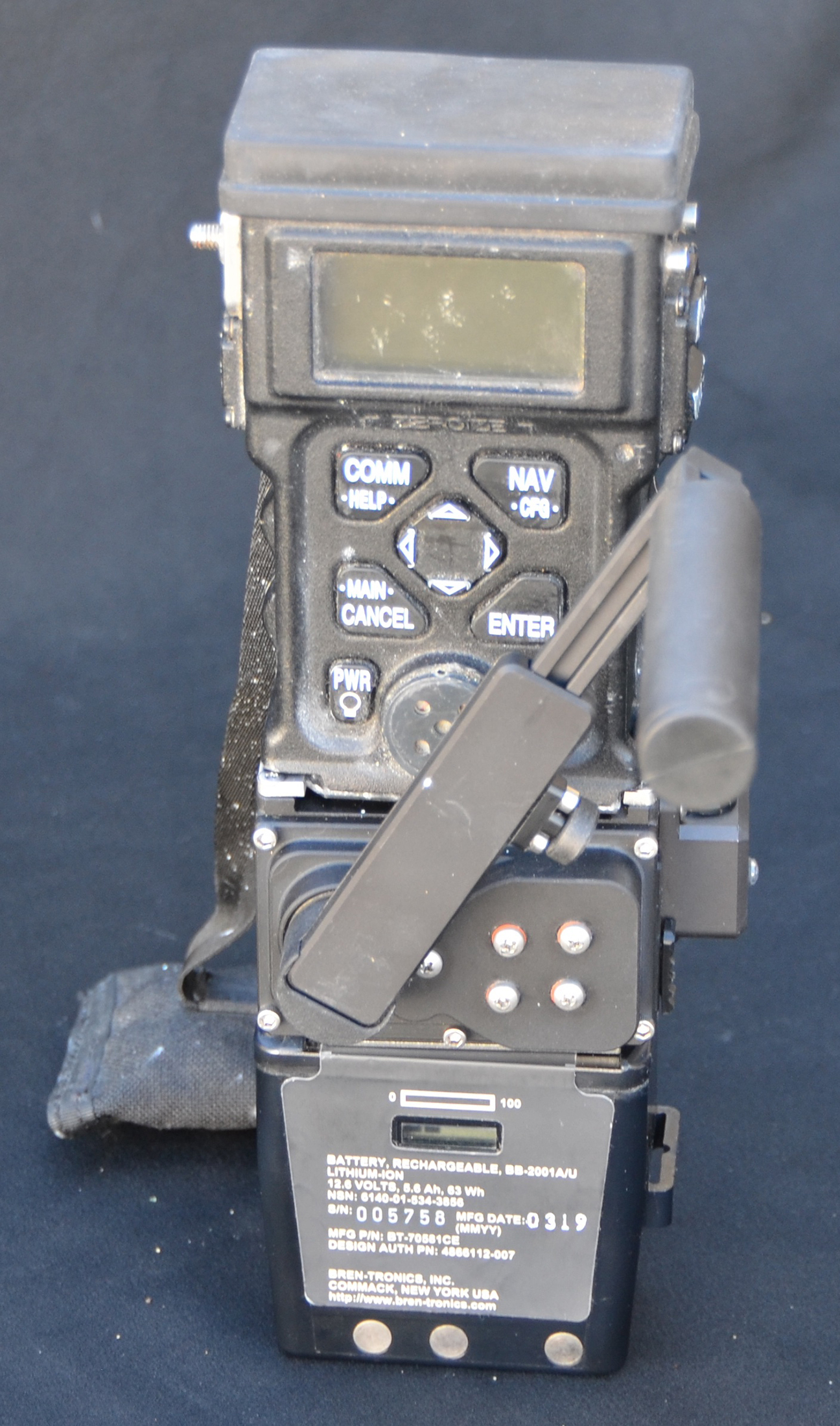