Behind the scenes of AFRL technology deployment—HELWS2

KIRTLAND AIR FORCE BASE, N.M. (AFRL) – Behind the scenes of nearly every military effort is a team of scientists and engineers working to ensure service members are fully equipped to carry out the national defense strategy– and when the Air Force deployed the High Energy Laser Weapons System 2 (HELWS2), their work included long quarantines, travel restrictions and personal sacrifice.

“So much of what you do involves visionary thinking,” said Bunch. “I am doing everything I can to ensure that leaders at all levels, understand the important technologies that you are bringing to bear for our warfighters.”

The team of scientists and engineers from the Air Force Research Laboratory’s Directed Energy Directorate joined members from the Air Force Operational Test and Evaluation Center (AFOTEC), Air Force Life Cycle Management Center (AFLCMC), and the 704th Test Group to deploy and test the Raytheon HELWS1 and HELWS2 to an undisclosed location. But before the travel took place, the systems underwent a rigorous set of tests at Kirtland’s Chestnut testing range.

“We have to make sure these systems work before we send them out for field testing,” said Pete Finlay, logistics lead for the testing.

“I’ve been working on this program for many years,” said Finlay. “And to see these systems set up and tested in an overseas location was a very proud moment for our team.”

One of the challenges for those doing work in a laboratory is that they are completely removed from the operators who are the end users of military technology.

“It’s so difficult to take an operational perspective and inject it into a laboratory,” said Finlay. “I’ve learned so much from this project. Operators have to live with the technology, they have to use it on a daily basis, so it can’t just work in the lab, we have to make it work all the time, and the way they need it to work, and that involves going to them, getting to know their needs, and setting up a training system that is easy to use.”

These are the regular challenges- now imagine the logistics involved when a worldwide pandemic is in play.

“Our first trip was last spring, when COVID was just becoming a travel concern, people were starting to panic– and we were already in theater,” said Joe Volza, who was the Unmanned Aircraft Systems (UAS) lead for the assessment.

Early on in the pandemic, so little was known about how it would affect travel.

“About five days after we arrived, all air travel was getting shut down,” said Volza. “We had the opportunity to get out of the country quickly, but we made the decision to stay, not knowing that returning to the states would present such difficulty.”

Once the team arrived at the site, the work began.

“First we assisted in designing how the site would be set up,” said Finlay. “Then we developed a power generation system for the radar, set up the laser systems and command and control containers, and once the system was operational, we had the task of training service members on how to use it.”

One would assume that training those who are not scientists and engineers to operate complicated systems would be a daunting task, but that was not the case.

“We stayed for several weeks and did our work, but were stranded there for an extra week afterward, while others worked out the logistics to get us home,” said Volza.

“This team sacrificed a lot,” said Finlay. “They had the faith and trust that someone would figure out a way to get them home. The decision had been made to shut down the only airport they had access to, but they chose to stay, and that was admirable.”

The story doesn’t end there– they went back.

“By this time, we knew what to do. Travel had somewhat normalized, but the team made up of 16 people from AFRL, AFOTEC Detachments 2 and 5, AFLCMC and 704th Test Group had to quarantine for 16 days before they could travel back to the site where our weapons system, radar system and generators are located,” said Finlay.

A team of AFRL volunteers picked up food from the base’s dining facility and delivered other necessary items to the group that was quarantined in a base lodging facility. Once the 16-day period ended, the group boarded a C-17 for travel to the overseas location.

“The sacrifices made by our team were nothing when compared to those made by our warfighters on a daily basis,” said Volza. “I can’t tell you how proud I am to have played a role in developing new technologies designed to keep them safer.” 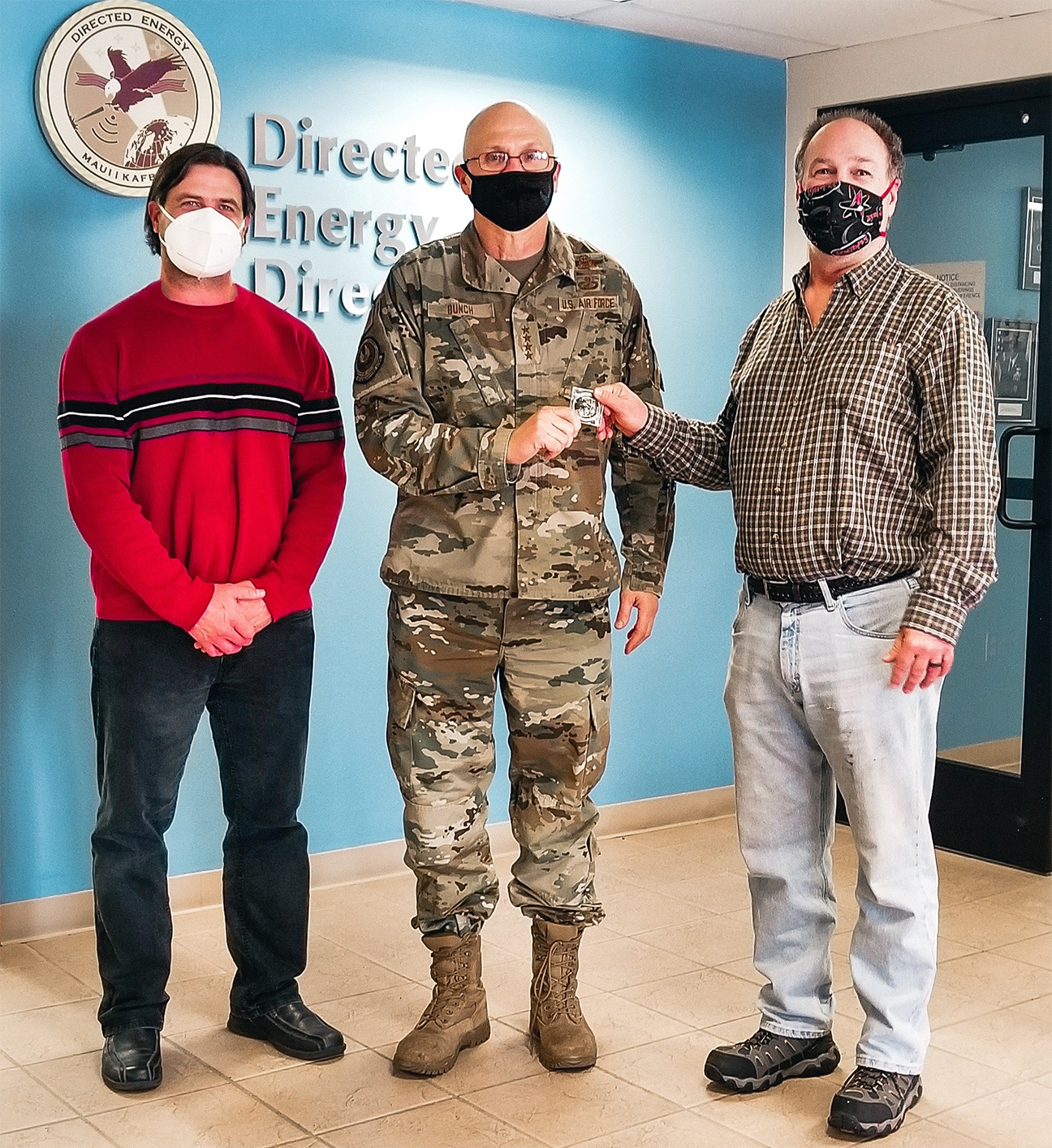