WRIGHT-PATTERSON AIR FORCE BASE, Ohio – A former Air Force Research Laboratory Aerospace System’s Directorate Airman was recently named the 2021 Most Promising Engineer in Government in advance of the 35th Annual 2021 Black Engineer of the Year STEM Conference, to be held virtually Feb. 11-13.

1st Lt. Samuel Nyamekye grew up in Ghana, West Africa, where he enjoyed spending time with family and exploring the “why” behind how things work. Nyamekye’s curiosity led him to earn a Chemical Engineering Bachelor of Science degree at the University of Science and Technology in Ghana in 2010.

“I have always been curious and sought to understand how things work,” Nyamekye said. “I am most passionate about understanding the underlying technology behind everything, from simple tools to complex machines.”

Although Nyamekye enjoyed life in West Africa, he was drawn to the United States by the promise of new opportunities. In 2011, Nyamekye used an immigration program to join some of his relatives in Atlanta, Ga. In 2012, he enlisted in the Air Force as a civil engineer Airman, where he conducted site surveys, built floor plans and elevation drafting, and managed construction projects.

“While supporting his family in Ghana, Nyamekye honed his skills as an enlisted engineering apprentice and journeyman,” said Olivia Beal, Nyamekye’s former supervisor who now serves as Chief of the AFRL Aerospace Systems Directorate’s Integrations and Operations Division. “He quickly became known as an unparalleled Airman, providing technical support in the management of facilities and over $2 billion in base assets at McConnell Air Force Base, Kansas.”

Nyamekye’s success as an enlisted Airman led him to become an officer in 2017. As a newly minted second lieutenant, his first assignment was working as a hypersonic research engineer in the Aerospace Systems Directorate’s High Speed Division.

He recently moved on to a new assignment at the 28th Test and Evaluation Squadron at Eglin AFB, Florida.

“During my three years in AFRL, I worked on numerous projects as a science and technology manager,” Nyamekye said. “The most notable of these projects include the Medium Scale Critical Component (MSCC) test campaign, High Speed Strike Weapon (HSSW) technology maturation and the X-60A rocket flight test. All the technologies that I helped develop support the mission of creating and transitioning propulsion and power technology to the operational warfighter.”

Nyamekye’s achievements while at AFRL earned him the 2021 Most Promising Engineer in Government Award. This award, given by the Career Communications Group, is reserved only for the most talented emerging engineers. Nyamekye’s outstanding achievements in STEM stood out among the hundreds of nominations evaluated by the BEYA selection panel, which includes past winners in STEM award categories.

“When I received the call from my supervisor, Ms. Beal, the feeling was exhilaration,” Nyamekye said. “The announcement came as a surprise, but I must say that I am grateful to my leadership for their trust and confidence in me to nominate me for such a prestigious award.”

“Lieutenant Nyamekye has performed test and engineering duties, technology integration, and program management as both an enlisted member and commissioned officer for the U.S. Air Force for eight years,” Beal said. “He is an exceptional leader with proven success in developing and fielding cutting-edge technology to defend our nation. All of his achievements and leadership roles combine to paint a picture of a truly revolutionary, compassionate and technically competent leader.”

Nyamekye credits his faith, family and military leadership for his career success thus far. He is especially motivated by the individuals he worked with at AFRL.

“I love the people that I work for and with,” he said. “I make it my mission to give 110 percent of my time and energy to support them in any way, shape or form. I am indebted to my co-workers in AFRL for their tremendous support, guidance, mentorship and for making my time there enjoyable.”

As Nyamekye moves on to the next step in his career, he remains focused on his future goals.

“My career plan for the future is to continue to improve myself professionally every day and be excellent in all that I do,” Nyamekye said. “Hypersonic development has opened many fields of research; among them is materials that can withstand high heat loads. I believe getting education in the material science field in the future will help me give back to the Air Force and my country.” 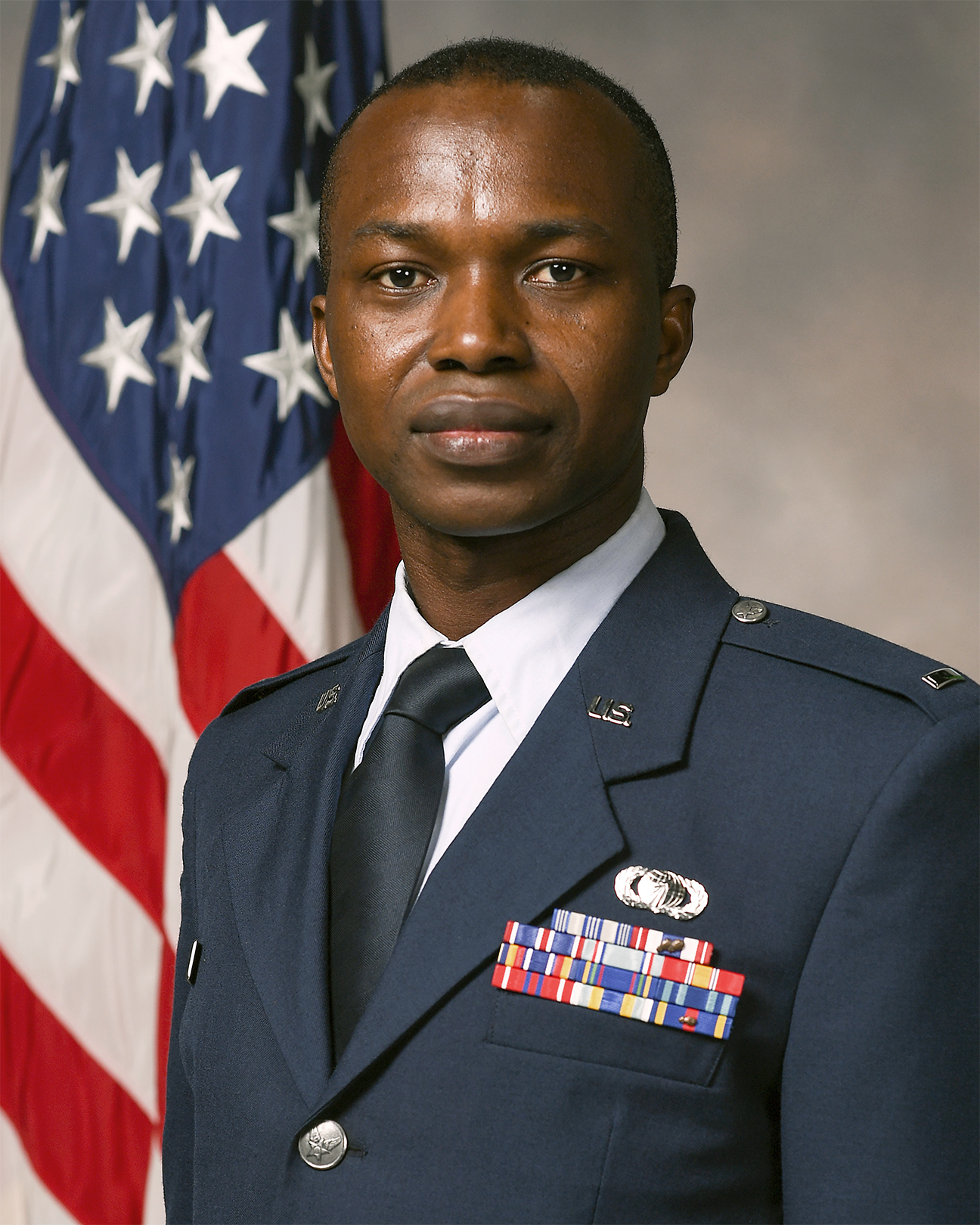