“Innovation” – Word of the Day for Air Force

KIRTLAND AIR FORCE BASE, N.M. — On August 9, the Air Force Research Laboratory Tech Engagement Office here honored AFRL scientists and engineers who are moving technology out of the laboratory into industry for commercialization purposes.

This was the second year for the AFRL New Mexico Innovation Awards event. It was held at the University of New Mexico Science and Technology Park where AFRL in partnership with UNM now occupies over 3,000 square feet of office and innovation laboratory space.

“The Tech Engagement Office facilitates and encourages the growth of technical transfer,” said Matt Fetrow, the office’s director. “Tonight we are recognizing AFRL scientists and engineers who have gone above and beyond in leveraging their expertise and knowledge to not only benefit the nation’s warfighter but also our commercial community.”

Fourteen AFRL inventors were honored as patent award recipients within the past year and 28 were acknowledged for invention disclosures.

Individual awards were presented to top contributors in several categories to include excellence in tech transfer and tech transfer agreement awards along with a visionary award. The University of New Mexico received an academic partner award.

“Innovation is the word of the day in the Air Force,” said Hammett. “I am personally focused on dual use technology. We have given the AFRL Tech Engagement Office a long rope to do what they do in advancing technology transfer – it’s good for economic growth and good for the country.”

McCasland, a retired U.S. Air Force major general, was commander of the Air Force Research Laboratory from 2011 to 2013.

“I have a special place in my heart for the laboratory and being the director of AFRL’s Space Vehicles directorate here at Kirtland Air Force Base was my favorite assignment,” said McCasland. “There is a hunger for what you do and for rapid technology innovation. What you are doing isn’t easy, but it is important and you can make a difference as you develop those key innovations.”

Gabe Mounce, moderator of the event and the Tech Engagement Office rapid innovation program manager, invited the audience to walk across the street to attend the Albuquerque Isotopes baseball game where “Science Night” was the theme and AFRL innovation award winner Mark Roverse was on tap to throw out the first pitch. 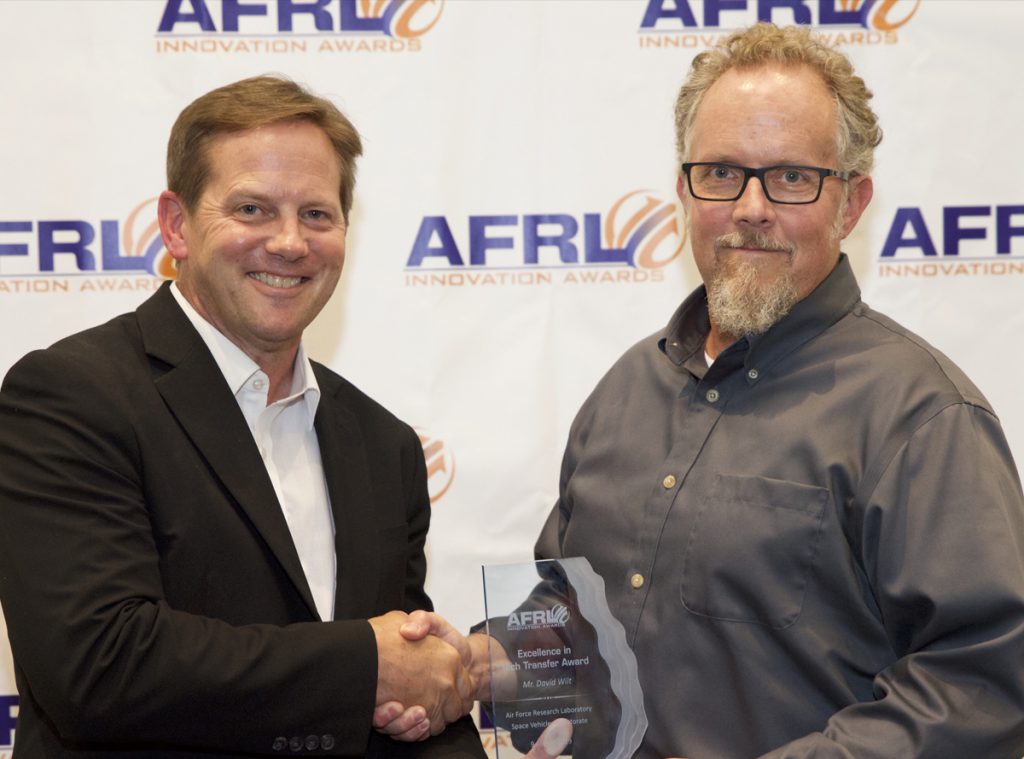 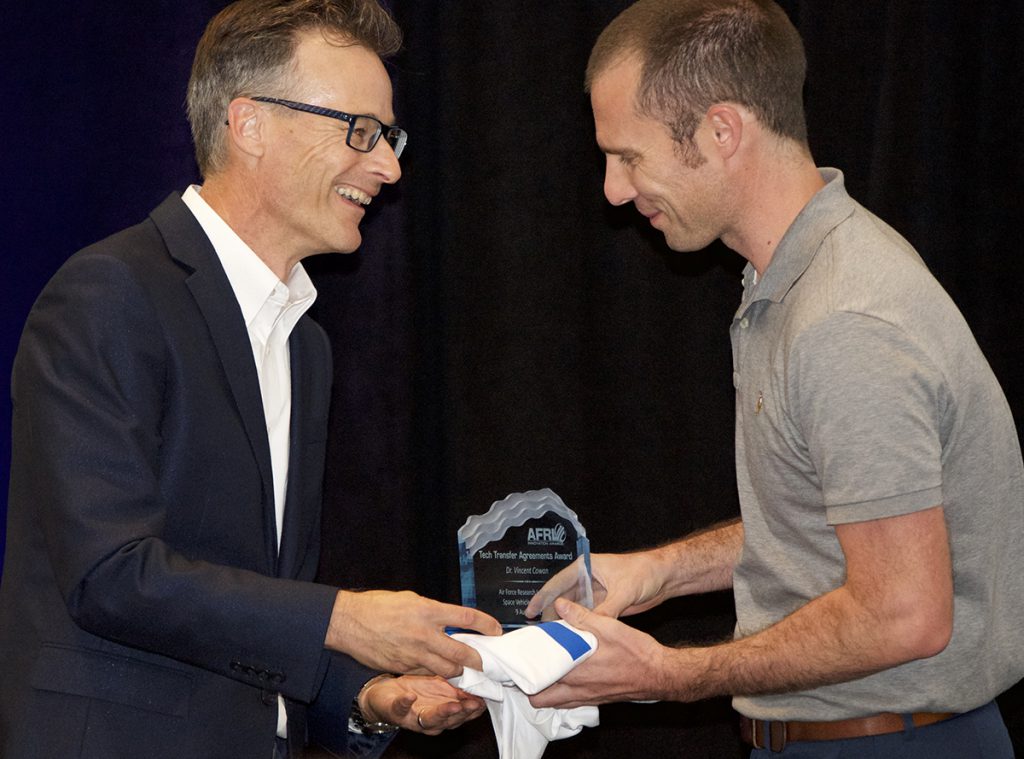