WRIGHT-PATTERSON AIR FORCE BASE, Ohio (AFRL) – Innovation is getting some innovation. A pilot project spearheaded by the Air Force Research Laboratory, titled the Innovation Pathway Initiative, is focused on clearing the path for pioneering Airmen, Guardians, and civilians.

Under the initiative, the start-to-finish process for innovative ideas gets revamped and strengthened. Pathway helps “intrapreneurs,” those who innovate from within, know their ideas will be heard and responded to via a modernized, accountable process built for the Air and Space Forces of tomorrow.

Dr. Anne Cybenko, a director of special projects for AFRL, is helping lead the initiative.

“What we’re really focused on is the handoff,” Cybenko said, referring to how ideas will transition from an accepted submission toward final fruition.

At the heart of Pathway are two key stages known as Early Gate and Late Gate. Ideas deemed ready for development beyond the grassroots level get filtered through crowdsourcing feedback before they make it to Early Gate.

There, a committee representing a wide swath of commands and chaired by AFRL commander Maj. Gen. Heather Pringle, identifies the most promising ideas and where those ideas need to be fostered.

“We have a landing spot for all of them,” Cybenko said, emphasizing the Early Gate focus on handing off ideas with accountability while ensuring necessary resources are allocated.

On the way to Late Gate, a continuing review process provides cross-portfolio visibility, safeguards relevancy, and maintains progress. Once developed, the Late Gate committee prioritizes projects against other command needs and initiates the final hand-off.

It’s at Late Gate where an idea that started at the intrapreneur level gets looked at and the committee decides, “Okay, this is a priority, now field (it),” Cybenko said.

“What I experienced in Orlando was extremely encouraging,” Pringle said. “Innovation is a critical priority for Air and Space leaders. Harnessing the great ideas of our intrapreneurs is one way we will maintain our competitive advantage. We want our innovators to know that their ideas are in good hands. This initiative was designed to be a win-win.”

Of the 28 ideas collected prior to the symposium, a crowdsource of about 130 people narrowed the list down to 10. The Early Gate committee not only sent on three of those for real-time development, Cybenko said the meeting provided for an invaluable exchange of ideas and input.

“It really was an opportunity for people from different levels and very different vantage points to come together around a single topic,” she said. “The conversation that came out of it, from those different perspectives, was (unlike) any other I’ve heard in my career here.”

With the Pathway initiative, Spark Cell participants and other innovators receive “the senior leadership support and resourcing needed to rapidly scale their solutions across the Force,” Reid said. “Our (servicemembers) want to see innovations they initiated at one installation available at their next assigned installation. Implementing the capability to scale solutions in months versus years is a game changer.”

Another key component of Pathway is an end goal of simplicity. The initiative does not seek to reinvent the innovation wheel. It seeks to rework the spokes inside it. To keep it rolling.

Pilot organizers expect to collect ideas again in early May with another Early Gate already scheduled for July 6, Cybenko said, which she anticipates “will be better” than the first. “We learned a lot” from that one, she said, and those lessons will be used to improve the next Early Gate. The path to innovation, the pilot has already proven, is paved by innovating people. 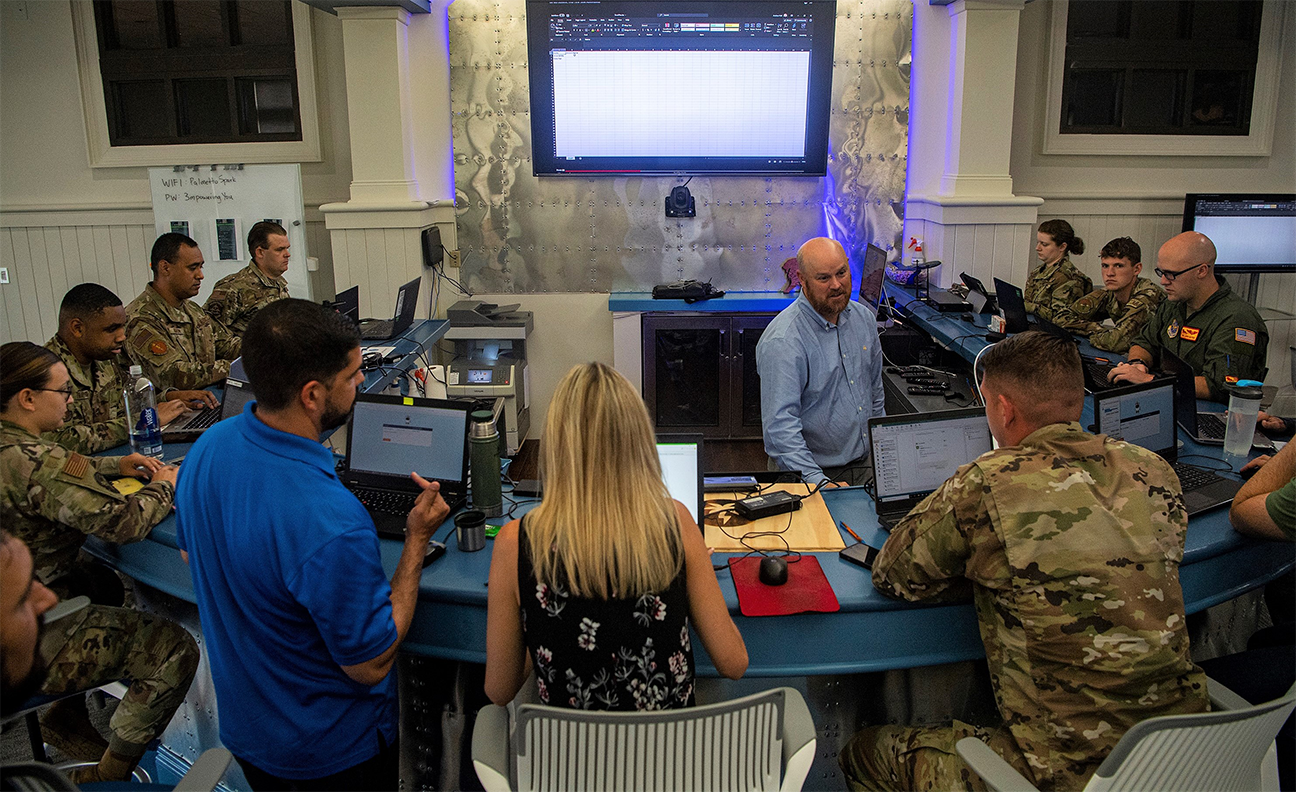