Cooley describes AFRL’s extended relationship with other service labs as a “significant and continuing partnership.”

He explained that, “This effort is really focused on enhancing the overall enterprise and expanding collaboration that will ultimately aid us in solving technical challenges.”

The main goal is to improve the labs by addressing common issues and increasing transparency between the services, he said.

“In the current budget-constrained environment, the way we have done business in the past is no longer sufficient,” Cooley said.

He stressed that for DOD and DHS labs to be most effective at providing “war-wining technologies to warfighters, we must align efforts between the services and implement new approaches.”

The Vice Chief of Naval Research and Commanding General, Marine Corps Warfighting Laboratory, Brig. Gen. Benjamin Watson, who served as the keynote speaker for the event, stressed the importance of the services coming together for the greater good. He described collaboration as essential to ensure the military confronts the varied threats posed by our adversaries.

The newly signed MOU defines the common path the service laboratories are taking and highlights commitment from each party toward achieving an initiative that began in November 2017 with the first Lab Sync meeting.

While leaders of the various service labs previously interacted through other mediums, such as through communities of interest (Office of the Secretary of Defense technical forums), AFRL’s Government Alliances Manager Bret Rogers said that, “This type of working relationship is brand-new territory.”

During the early meetings, when commanders discussed priorities and identified barriers to success in executing their mission, they quickly realized their organizations faced similar challenges. The consensus became that improvements were possible if the labs simply addressed these challenges together.

Cooley said, “The theme of ‘Lab Sync’ became that, if [the service labs] stand together, we can improve the S&T (science & technology) ecosystem and become more efficient.”

In subsequent quarterly meetings, the commanders focused on specific business and technical topics, presented opportunities for collaboration and defined courses of action. So far, they have shared business tools that track ongoing research, discussed best practices for talent management and created a team of top experts to address data analytics. Rogers said these examples are just a few of the serious strides taken by senior leaders to enhance the defense laboratory enterprise.

Prior to the latest meeting, the commanders expanded participation to directors, senior scientists and other senior leaders to share this message broadly, increase engagement and build relationships between peers while working on non-technical topics to improve the S&T enterprise.

The main goal is to expand upon these collaborations, which have already delivered efficiencies, Rogers said. 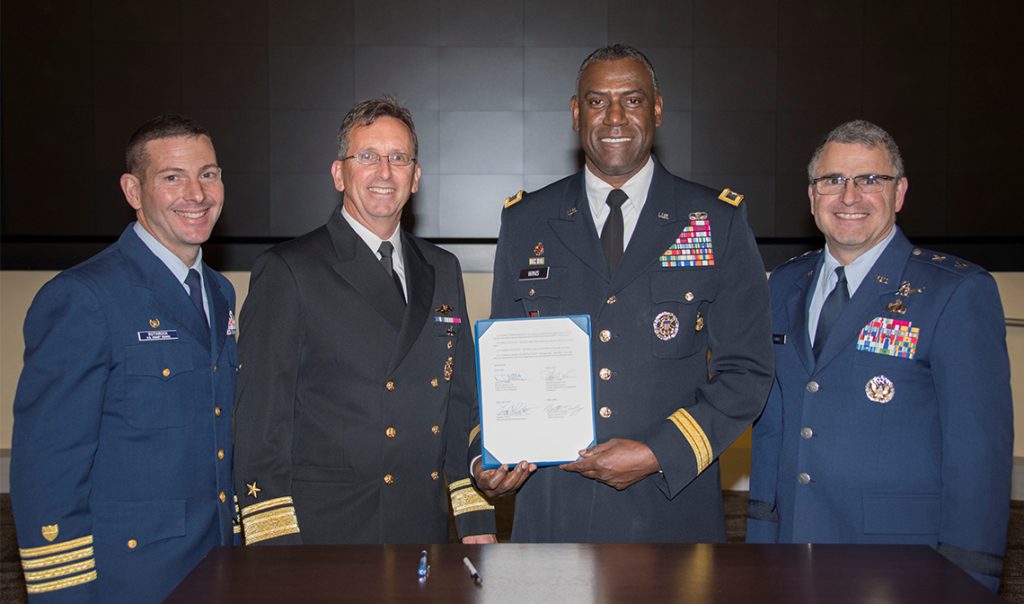