WRIGHT-PATTERSON AIR FORCE BASE, Ohio – A small aircraft that is poised to make a big impact on military personnel recovery made a brief stop in the Dayton, Ohio, area on its way to St. Mary’s County, Maryland, where it will be used to test the Air Force Research Laboratory-developed Low Altitude Sensing Helmet system.

On Dec. 21, 2020, the CubCrafters XCub aircraft was ferried from Yakima, Washington, to the Lewis A. Jackson Regional Airport near Dayton, Ohio, on its journey to the AFRL 711th Human Performance Wing’s contracted research flight test organization facility. The aircraft was recently purchased by AFRL to advance the initial “Lysander” flying experiment, which will demonstrate the Low Altitude Sensing Helmet system, known as LASH.

LASH, a portable kit developed within the AFRL 711th Human Performance Wing’s Airman Systems Directorate, contains specialized equipment including a flight helmet, a thermal camera, night vision goggles, and various other components. The kit can quickly and easily be installed onto nearly any general aviation aircraft to equip pilots for low-level, low-speed, nighttime flight, something that is essential for personnel recovery and other “featherweight airlift” special missions, according to Dr. Darrel G. Hopper, 711th Human Performance Wing project lead.

“The Air Force’s CODE [Combat Operations in Denied Environment] program determined that these type of missions could not be executed effectively by the large aircraft that we have been using over the last 20 years in areas where we have air dominance,” said Hopper. “Project Lysander was conceived as a method of rescuing isolated personnel in both heavily defended and undefended airspace. A critical element of the project was determined to be a carry-on kit that could allow such operations.” He explained that the LASH system kit was designed to fill this need and provide pilots with sensory situational awareness required to fly safely, at night, at extremely low altitudes and slow airspeeds.

“They called on us based on our expertise in this type of work,” Hopper explained. “Our directorate has decades of experience in researching, developing, and fielding helmet- and cockpit-mounted displays and other wearable vision aides for combat pilots, aircrews, and special operations warriors.”

After careful study of mission requirements and aircraft capabilities, AFRL researchers designed the LASH kit using a number of mostly commercial-off-the-shelf components. The kit was packaged into a compact, easy-to-transport, one-person carrying system that could be easily fitted temporarily to virtually any small aircraft without additional modification.

Hopper said the CubCrafters XCub was identified by ACC as the safest and most capable commercial-off-the-shelf aircraft for the initial flying experiment to test the LASH System kit.

“If we can demonstrate that the XCub can be flown safely at night at low speed and low altitude using the LASH night vision aids, then we can expand LASH system kit use to other types of short takeoff and landing general aviation aircraft.”

After the aircraft reaches the flight test organization in Maryland, it will first be used to fit-test the LASH system. AFRL researchers and contractor partners will next refine the installation and de-installation process as well as baseline test metrics, and develop the associated test cards, while flying without the kit. The first flights with the LASH system are scheduled for early spring 2021. If fight tests are successful and program objectives are achieved, the LASH system could be on track for technology transfer and possible deployment as early as 2022.

“This system offers the potential to greatly expand our capability to perform necessary personnel recovery and related missions,” said Hopper. “The acquisition and delivery of this test vehicle is a critical milestone in getting the LASH technology and featherweight airlift capability into the hands of the warfighter.” 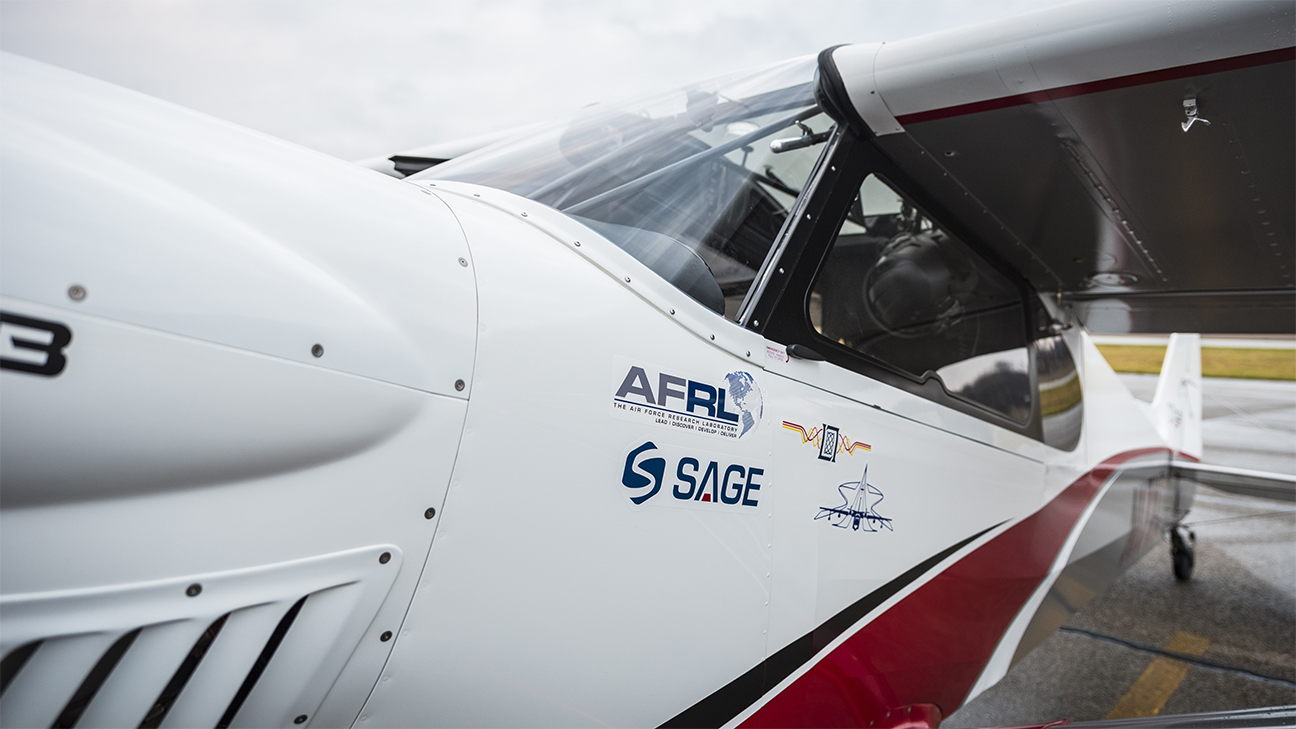 The AFRL LASH Lysander XCub is shown here during a Dec. 21, 2020 stop at the Lewis A. Jackson Regional Airport in Greene County, Ohio, on its journey to the AFRL 711th Human Performance Wing’s contracted research flight test organization facility in Maryland. The craft will be used to advance the initial “Lysander” personnel recovery flight experiments. (U.S. Air Force photo/Richard Eldridge) 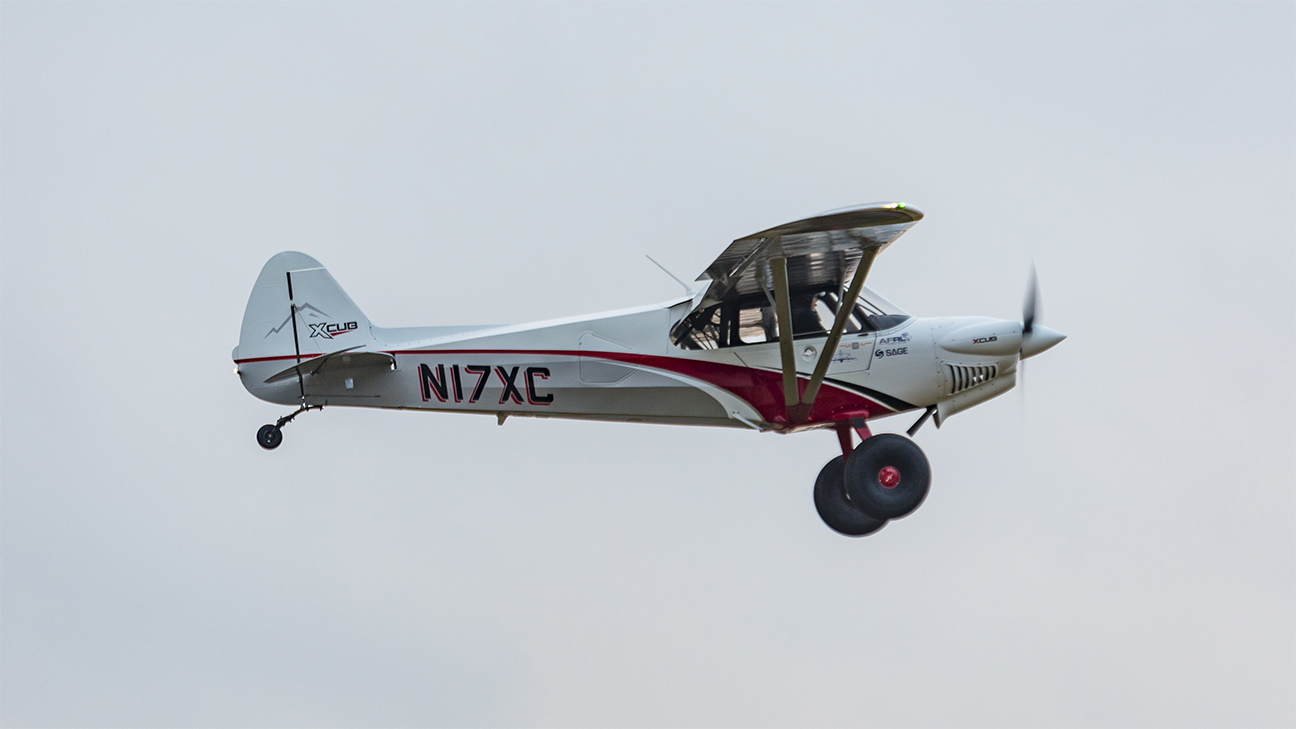 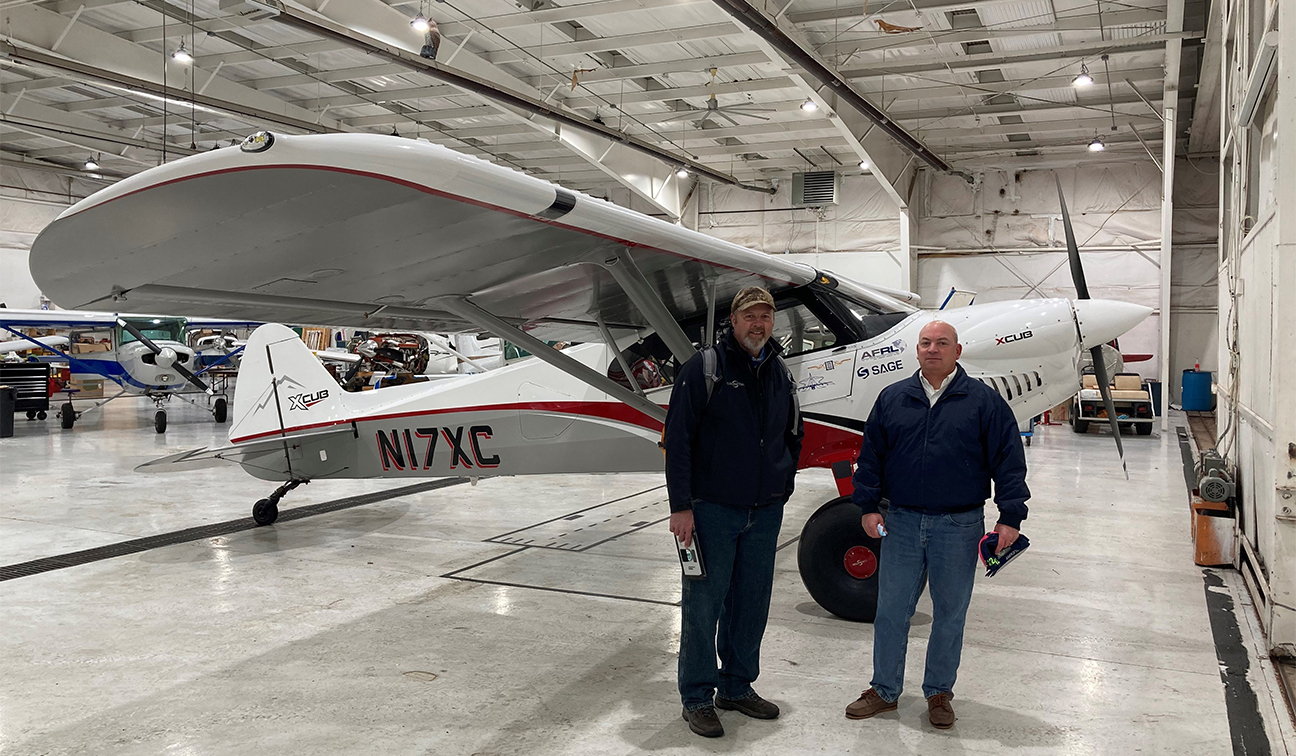