WRIGHT-PATTERSON AIR FORCE BASE, Ohio — An unusual guest speaker recently challenged researchers and administrators at the Air Force Research Lab to think about artificial intelligence and machine learning and how they will change the home and workplace as well as institutions of higher learning.

Speaker Dr. David Staley, an Ohio State University history professor, advised his audience that, as a futurist, he was not in the prediction business. He was just interested in what is going to happen next. And one of the biggest—and perhaps surest—things that will happen next is the ever-expanding role of artificial intelligence.

Artificial intelligence is a topic of special interest at AFRL, where a lot of work is being done on machine learning. Staley saw some of this work firsthand as he visited two of several labs on site. In one, the chemistry foundry, researcher Dr. Luke Baldwin led a briefing about recent efforts to bring synthetic chemistry into the digital age of the 21st century.

Baldwin provided a perspective on how chemistry has historically been done and how established practices often make chemists resistant to change. He then focused on recent progress in automation and machine-assisted chemistry and how AFRL is supporting this concept in the chemistry foundry. Baldwin’s presentation also included another AFRL field of research, synthetic biology, a revolutionary concept that redesigns organisms to perform new reactions.

Continuous flow chemistry, a lab-scale method for synthesizing molecules in an accelerated process, was also discussed as well as demonstrated. One of the points raised during Baldwin’s presentation was the need to train the next generation of computer and physical scientists to work together from an early educational age, thereby ensuring continued progress in materials research using artificial intelligence and machine learning.

Staley’s tour also included a visit to an additive manufacturing lab, where Dr. Andrew Gillman introduced the concept and history of topology optimization. Topology optimization is a mathematical process for deciding where material can be removed from a part or a structure to make it lighter while limiting the effect on its strength. Often the resulting complex redesign is impossible to fabricate using such traditional means as metal stamping, casting and welding. However, additive manufacturing, or 3-D printing, has the potential to actually produce these complex parts, which are designed by a computer using topology optimization algorithms.

Gillman also explained that “machine learning” comes into play as both the number of simulations and additive manufacturing experiments can become incredibly large, making it challenging for humans to learn from and understand any underlying patterns, and then decide upon future design changes. Machine learning techniques are being explored to automatically detect these patterns and trends, while improving human intuition about complex manufacturing processes, and automatically making decisions for redesign. This cycle of testing, redesigning and re-producing can happen very quickly without any human involvement once the process begins. Doing the same kind of research and analysis without artificial intelligence and machine learning would take months or years, if it could be accomplished at all.

Also part of this tour stop, researchers Matt Jacobsen and Dr. Dan Berrigan described how the way we store and represent data is critical toward moving from data simply as information to collectively representing knowledge and intelligence. They also explained how we are developing smart manufacturing systems that make these tools intelligent teammates, resulting in humans and machines making decisions and performing complex tasks together.

Looking at current trends, Staley expects that dependence on artificial intelligence as an essential tool will continually increase. Instead of feeling threatened or intimidated, however, humanity needs to teach this tool to be a teammate rather than a master or a slave. Such a relationship is already taking root as people commonly accept AI’s assistance in their everyday lives, consulting Google or querying Alexa, for example.

But what about the danger of AI replacing humanity? Staley assured his audience that, in the near term at least, technology will replace jobs, not humanity. And even then, AI does not willfully take anyone’s job. The decision to use a “robot” instead of a human being is made by another human being. “If a machine is as good as or better than a human, and cheaper,” Staley said, “technology replaces human labor every time.” He then referred to economist Carl Benedikt Frey, saying that 47 percent of all jobs have the potential of being automated in the next 10 to 15 years. Most of those jobs will be “high-end” jobs that currently require technical college degrees. One example Staley gave was that of accountant.

So, where does this leave higher education? If earning a degree in a discipline such as accounting likely guarantees that the graduate will be unemployable, then what should universities teach and how should they teach it? Even today, employers claim they are facing a shortage of employees with important “soft” skills like innovation, creativity, time management and the ability to prioritize. Such skills will become even more valuable in the workplace of the future. According to Staley, higher education is not ready for the changes that will be taking place in the workforce over the next 10 to 15 years. “Citizens have little confidence in higher education’s ability to prepare someone for working in a new autonomous world,” said Staley.

The change in needed skills has already been happening. While touring one of AFRL’s labs where machine learning is used, Staley asked the researchers if they had had formal training or education in that field. Their response was that they had learned by doing, on-the-job, mainly because no such coursework existed when they were earning their degrees.

One solution that Staley sees being applied even now is for companies to teach their own coursework or to even have their own learning institutions. An example already in use is McDonald’s Hamburger University, where employees can earn 23 college credits in areas such as restaurant management.

Employees also may find their college degree increasingly irrelevant and themselves subject to losing a job because of “downsizing” that results from increased automation. To avoid this problem, companies can use another form of employee education Staley called “upskilling.” This does not mean retraining someone to do a different job. It means continually building upon and adding to employees’ skills to make them more relevant in a continually changing workplace.

Staley spoke of yet another solution in what he called “Interface University.” While machines are good at crunching data, they do not have human cognition. Therefore, humans and computers working together are more productive than either working alone. At Interface University, humans will be taught to “think with computers.”

This would not be the first time that humans have paired cognition with technology. Staley pointed out that the invention of writing was a technology, and not simply a tool. With writing, humans could “engage in a level of cognition not possible with the human brain alone.”

Finally, to make this pairing of humans with artificial intelligence work, the human half of the team must be proficient in certain beneficial human attributes. Those attributes, which can and must be taught at the university level, include imagining, creating, inductive and deductive reasoning and critical thinking. This means that universities need to reconsider their current strategy, which is to focus nearly exclusively on teaching STEM. Staley suggests that students need to be taught how to interpret literature, to fathom meaning from a book, for example, instead of simply reading to acquire information. This is one of those complex cognitive skills that can never be learned by an algorithm. And according to Staley, this is not “just a nice thing to do; it’s a survival strategy.”

Staley is the director of the Humanities Institute and an associate professor in the departments of History, Design and Educational Studies at the Ohio State University. One of his research interests is the history and future of higher education. He recently authored Alternative Universities: Speculative Design for Innovation in Higher Education. 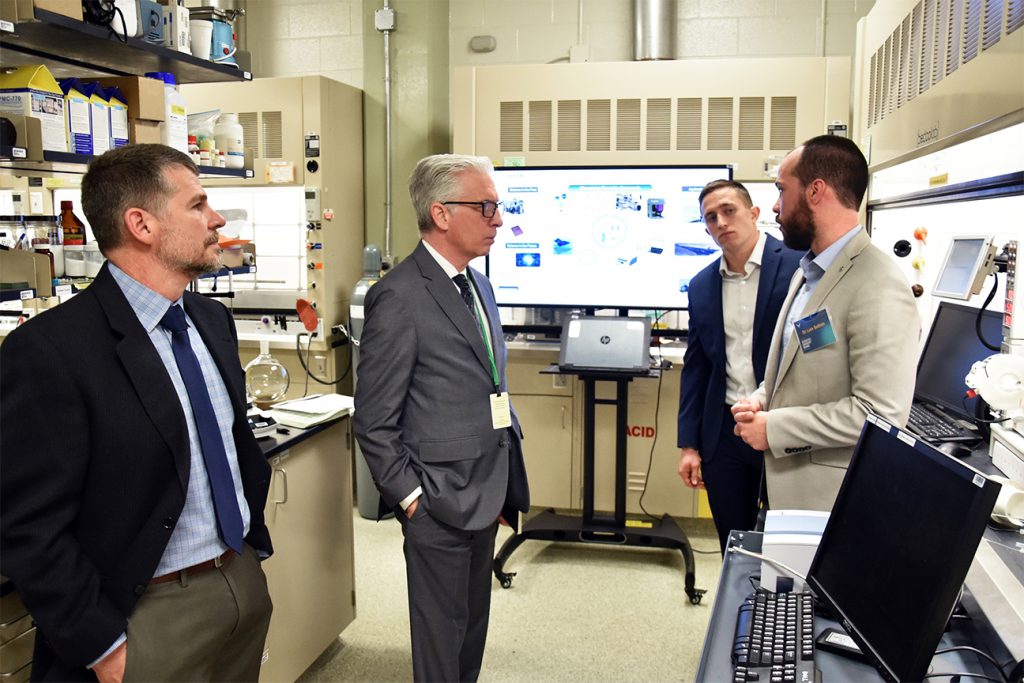