“AFTC and AFRL collaboration is key when it comes to developing capabilities critical to our nation’s defense,” said AFTC Commander Maj. Gen. Evan Dertien. “Our quarterly summit enhances conversations between research, development, test and evaluation to ensure we’re in sync to advance critical programs and drive increased collaboration across our centers.”

This recent summit served as the fourth quarter 2021 summit, rescheduled from December. Falling under the overarching 2021 summit theme, “Faster Quality Products to the Warfighter,” this quarter’s summit carried a specifically focused theme of “Infrastructure for Agility: Being Ready to Go Fast.”

“These are really the topics that seem to be swirling around the T&E enterprise, not just from the Air Force side, but across the services,” said Christopher M. Wilcox, senior executive service member and Headquarters Air Force deputy director of test and evaluation. “To see this level of detail and this level of forward thinking from the community—it’s absolutely just really awe-inspiring.”

Summit collaboration opens the door to further communication between AFTC and AFRL organizations and allows project leads to establish needs, goals and timelines, share resources and learn from one another, indicated Infrastructure presenter Gavin Spencer, chief of the engineering and facilities branch in AFRL’s Aerospace Systems Directorate.

“We want to spend some time learning about possible synergy opportunities with other organizations like AFOTEC, AFWERX, WARTECH, the Warfare Center. So, we’ve had some good preliminary discussions with people from those organizations this week. And in the coming weeks, we’re going to spend more time with them looking at technology, infrastructure investment—how do we do that? How do we do it better? How do we influence the RDT&E community in a positive way?”

Tammy Smeeks, summit lead organizer and chief of AFTC policy development and functional strategic planning, explained that collaboration on the summit topics “is going to help the warfighter in the end because we focus on topics that enable our centers to mutually support one another. [Relevant science and technology] are going to have gone through research and development in AFRL with the help of the Air Force Test Center and AFOTEC in a combined integrated test approach that streamlines everything, and [the test organizations] will have been involved all the way along; so, we’ll have a head-start on enabling faster tech transition.”

“We’re trying to achieve and set up that early developmental test and operational test seat at the table, and then all the test strategy is built in the very beginning,” said Smeeks. “We’ve built confidence in the system early on. We’ve been involved. We understand it. We’ve corrected deficiencies early.”

The test and warfare centers—AFTC, Air Force Operational Test & Evaluation Center (AFOTEC) and Air Force Warfare Center (AFWC)—formed a tri-center agreement in September 2021 to cooperate and work together to streamline test, tactics, training and procedure development for the warfighter.

“It only makes sense to bring the tri-center structure corporately as a united test and tactics/training approach to be merged with an R&D S&T organization trying to come up with cool new things,” Smeeks said. “If we aren’t in lockstep with everybody, we are going to fail at getting something of quality to our kids and grandkids that are going to be the warfighters of the future.”

The three topics of collaboration, or ToCs, are part of a total 14 ToCs that are divided among the quarterly summits under umbrella topics—a total that has evolved since the first AFTC-AFRL Summit in August 2019.

The concept of the AFTC–AFRL Summit originated from a request by AFMC Commander Gen. Arnold W. Bunch Jr. earlier that year for AFRL and AFTC to be more collaborative and mutually supportive, share resources, learn from one another and save funds.

The summit was held annually with virtual mid-year updates until March 2021, when the current quarterly summit format was put into place, following a request by AFRL Commander Maj. Gen. Heather L. Pringle.

“We continuously improve on our ability to accelerate S&T, so moving to a digital platform during COVID made perfect sense. It enabled us to take another step forward on our digital transformation journey and ensured that we continued to build momentum with our AFTC partners. We’ve had to be flexible, and now we’re postured with our AFTC partners to further accelerate technology development,” said Pringle.

Timothy Sakulich, senior executive service member and executive director of the Air Force Research Laboratory said that this summit’s topics brought focus and clarity to the AFTC and AFRL community.

“The intensity of commitment is just hugely evident right out the gate of this particular summit and the products that came out of it,” said Sakulich. “We leaders are paying attention to where we can get obstacles out of the way and be advocates, which came up a number of times. Meanwhile, the real brain power is happening right at the frontier of this work, and I greatly appreciate all of that. I’m eager to get the next [summit] on the books and appreciate the continuity that will take place between now and then to keep momentum going.”

The 2022 summits will carry a theme of “Outpacing our Near-Peers!—Leveraging RDT&E and Tactics & Training Early and Continuously to Accelerate Change,” and the first of the series will be held Feb. 28–Mar. 4, addressing ToCs 8/12 and 10. This summit will focus specifically on a theme of “Transform to Accelerate: More Efficient Test Strategy as an Integrated Team – AFRL, AFTC, AFOTEC & AFWC.” Discussion will focus on the value of transformational business structures, processes, early identification of needs, resource scheduling and involvement for RDT&E and training that can save cost and schedule, improve performance and reduce risk, said Smeeks.

“This next summit is really where we’re going to talk about what it is in our business practices, what it is about how we posture ourselves, what it is about how we get early seats at the table,” Smeeks said. “The change that is driven by ‘outpacing our near peers’ is getting science and technology and T&E involved with the capabilities requirements process so that we have a long lead approach to support a faster tech transfer and a faster acquisition program to bridge the valley of death and get a higher-quality product to the warfighter faster.” 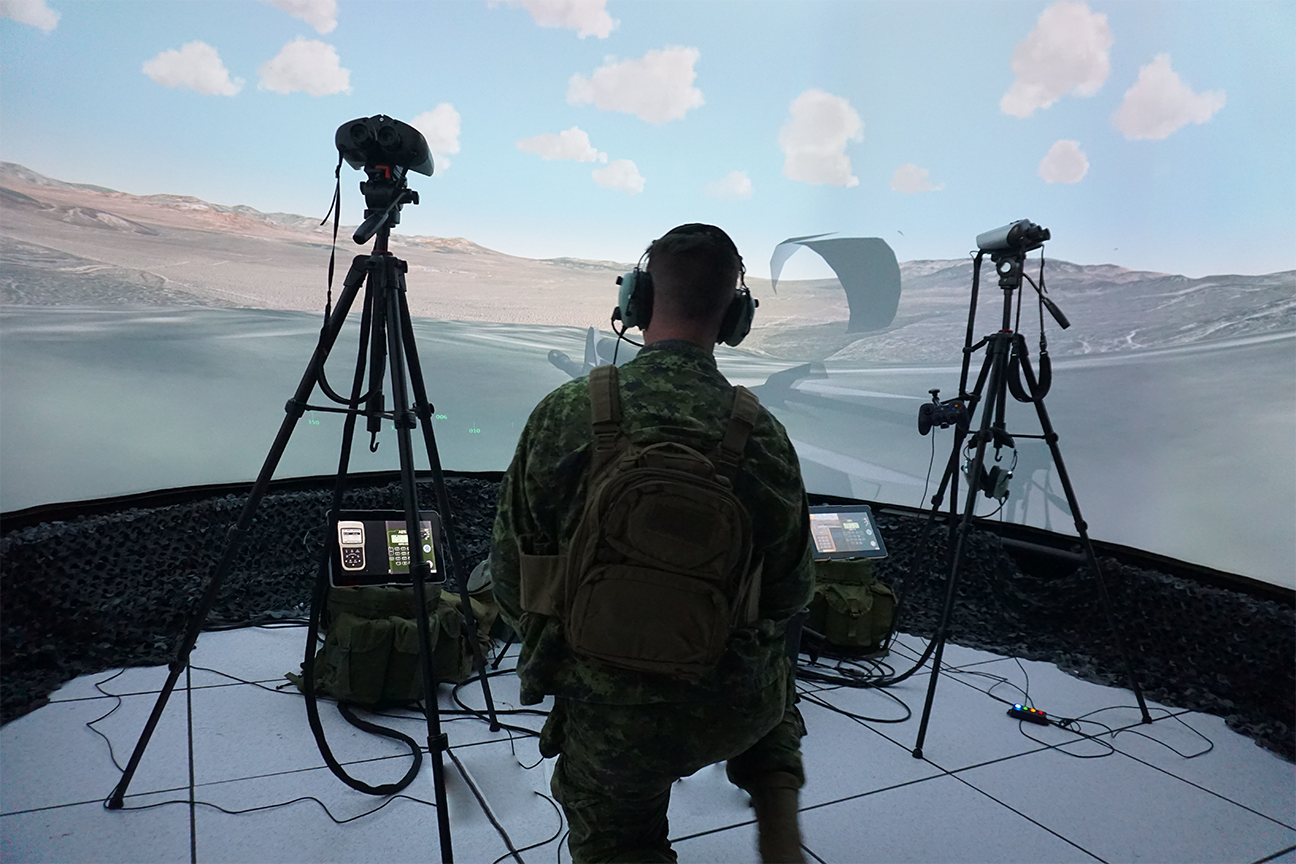 A Canadian coalition tactical air control party member operates within a simultaneously live, virtual, and constructive environment allowing warfighters to prepare to wage war, and then practice doing so in a realistic simulation so that they can learn how to be combat effective during Coalition VIRTUAL FLAG 22-1 at Kirtland Air Force Base, New Mexico, Oct. 24 – Nov. 5, 2021. CVF exercises led by the United States Air Force focus on coalition major combat operations in a realistic theater against a near-peer threat in a dynamic training environment. CVFs are designed to build and maintain joint and coalition partnerships between the United States, United Kingdom, Australia, and Canada by focusing on planning, executing, and debriefing a multitude of mission sets in air, space, surface, and cyber domains. (This photo has been altered for security purposes by removing monitor screens and paperwork on the floor.) (U.S. Air Force photo by Deb Henley) 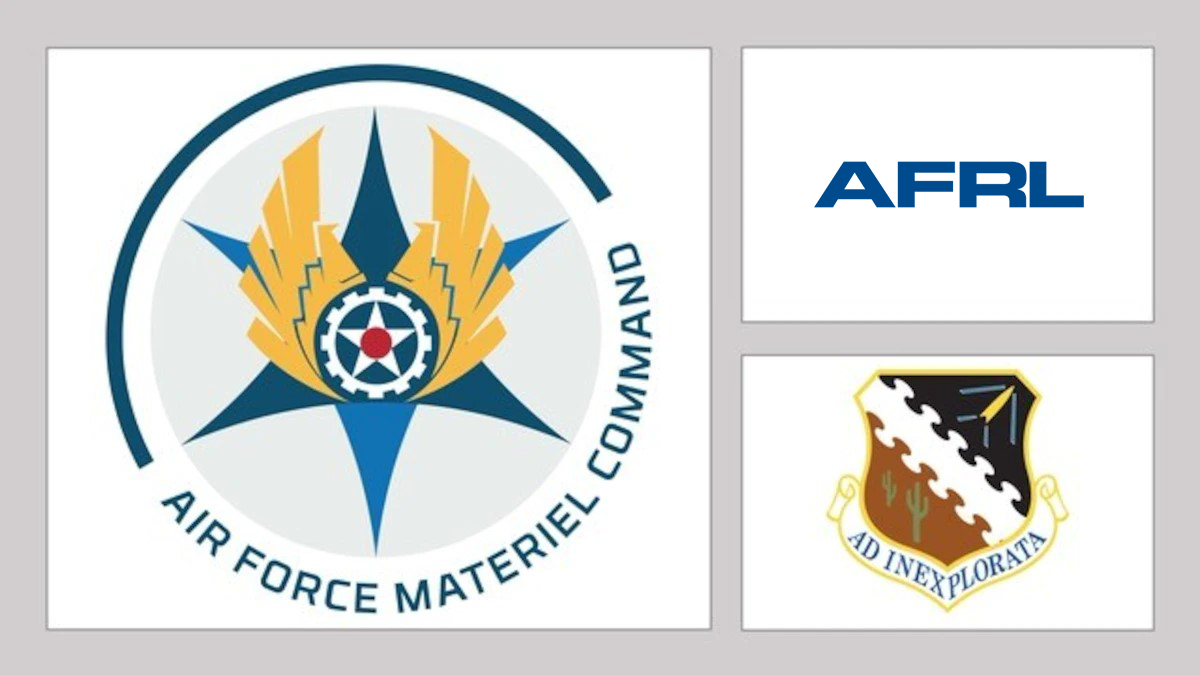 The quarterly AFTC-AFRL Summit, held most recently Jan. 24-28, 2022,, helps the Air Force Research Laboratory and Air Force Test Center move Air Force Materiel Command “forward” and get it “ready to go fast” by having the test community involved as early as the research and development stage of science and technology. (Courtesy graphic)