Chief Master Sgt. James E. Fitch II, AFRL Command Chief, invited Troxell to share his leadership insight from his 38 years of service, including four years as the senior non-commissioned officer for the entire armed forces from 2015-2019.

Troxell thanked the AFRL workforce for “not only represent[ing] all that is good about our nation, in the armed forces, but what you do every day to make sure that we’re not becoming complacent, that we are sensitive to the emerging threats around the world and staying on the cutting edge of technology to make sure that we retain competitive advantage to do the same.”

Over his career Troxell served several overseas tours and as command senior enlisted leader of the United Nations Combined Forces Command in Korea, which he said broadened him as a leader in understanding what his fellow soldiers, other servicemembers and other countries were doing.

He also emphasized professional military education as being critical to his leadership and role as SEAC advising two different chairmen of the joint chiefs under two presidencies and multiple defense secretaries.

“I would never have been the kind of leader I was without the kind of professional military education I got. I was able to not forget where I came from—continue to promote those [troops] in what they were doing at the tactical level, but more importantly, give the best military advice to the senior leadership of the DOD and administration on the use of our [troops]. The progressive, professional development model allowed me to grow and develop as I continued to build experience, get training and do engagements.”

Tying into training, Troxell said in response to an audience question read by moderator Tech Sgt. Robert Gregory, that human performance programs excite him the most in terms of recent development affecting the future.

“That’s what’s going to build the longevity in our force. We are now looking at our greatest and most precious asset: the people as a system that we need to focus on to be able to use and leverage technology to advance our ability to take care of the men and women in formation and get them to peak operating capability. And whether that’s the ability to see first, understand first, act first and finish decisively as a means of fighting and winning, or whether it’s developing fitness habits in them that go beyond training and is about preparation and recovery.”

Speaking about health and wellness, Troxell said he ascribes to the acronym REST: read, exercise the body and brain, sleep and think or reflect on who you are and the goals you have. He championed being a leader that is present, charismatic and has a balance of discipline with compassion and prudence—taking care of people as the most crucial asset and not assuming an approach is prudent just because of your rank.

“Be proud of who you are and what you are. Continue to get better tomorrow than what you are today because, ultimately, we have to leverage the armed forces, AFRL and organizations like this for us to better see ourselves to eliminate gaps and seams or vulnerabilities. Continue to build on strengths to be that partner of choice globally because of what we represent being part of the United States military.

Troxell continues to focus on enabling the current force in retirement through his consulting business and non-profit. 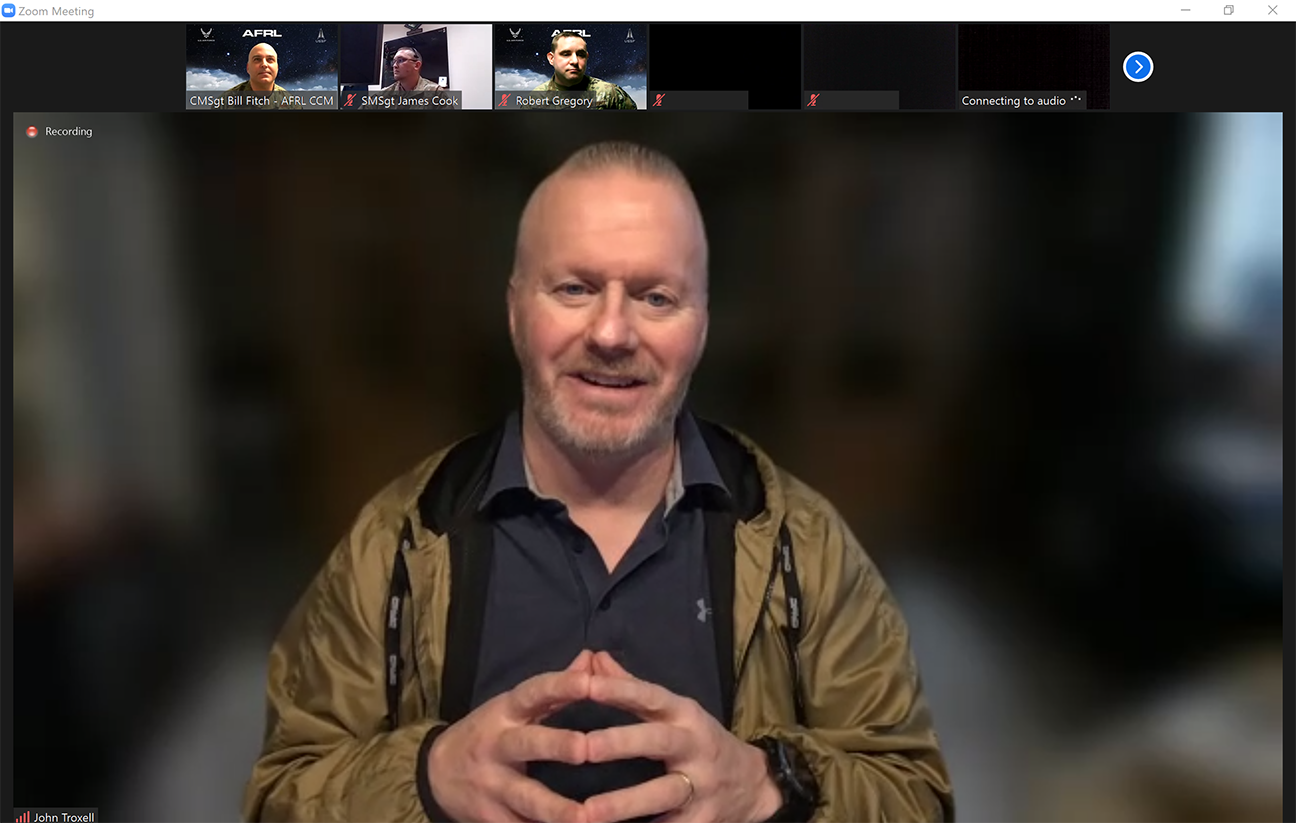