WRIGHT-PATTERSON AIR FORCE BASE, Ohio (AFRL) – As the Department of the Air Force stands up Rocket Cargo, its recently announced fourth Vanguard program, the WARTECH incubator process that birthed Rocket Cargo continues onward with the upcoming WARTECH 2.0 Summit July 15-16, where more future Vanguards could be fresh in the making.

On June 15, a WARTECH pre-executive committee board finalized its recommendations concerning which advanced technology topic proposals should still receive consideration at the upcoming summit to be named a Vanguard. The pre-EXCOM, which represents O-6 level leadership and directly reports to an executive committee, received presentations on each topic June 8-9 and then conducted evaluations June 10-15.

To help identify future Vanguards, WARTECH was launched within the TCO in partnership with the Air Force Warfighting Integration Capability, U.S. Space Force Strategic Requirements (USSF/S5B) and the Office of the Assistant Secretary of the Air Force for Acquisition’s Science, Technology and Engineering Directorate (SAF/AQR) as part of a new initiative. WARTECH teams the warfighter with technologists to mature ideas into proposals for technological capabilities that meet these future force needs.

“By nature, WARTECH is a highly collaborative process that brings together the technical, operational, acquisition, and planning communities to make these challenging investment decisions,” Palumbo said. “This collaboration not only builds enterprise commitment to achieve the intended capabilities sooner but informs other elements of capability development—where do we need more technical maturation, where do we need to experiment, where do we need closer integration across technical areas or mission domains? WARTECH is not the only process that helps answers these questions, but it’s bringing many talented people together across the DAF and DOD to discuss, debate, and move out.”

The ongoing work in AFRL’s technology directorates provides a key source of technologies to form integrated capability solutions. The technical experts across AFRL provide the knowledge base that the TCO relies on to scope problems, leverage outside expertise, and provide technical solutions to the operational challenges, Palumbo said. The TCO designs, coordinates, executes, communicates, and collects feedback on the process.

To be considered in the WARTECH process, the topic must align to the National Defense Strategy and DAF priorities, must feasibly address mission requirements within transition timelines, must have concurrence that it provides a “leap ahead” in advancement or a significant cost imposition on adversaries and must include a potential transition path.

While there isn’t an open call for ideas or proposals at any point, the entry point for ideas is a Scoping phase, which involves the review of current and projected threats as well as current operation plan briefs to identify operational challenges, operational concepts that may address those challenges and technologies that can perform or integrate those operational concept solutions. At this point in the process, those are the key elements that make up a WARTECH topic. Any data calls for ideas are specifically targeted at the operational problem and the associated areas of uncertainty, Palumbo said.

The Independent Advisory Board also provided continuous feedback and held final sessions with teams in late May, and teams incorporated feedback, updated presentations and continued to refine their proposals for the aforementioned early June reviews to the pre-EXCOM board. If a topic makes it through the pre-EXCOM board to be a Vanguard candidate, it will then go to the summit.

The summit leads to a prioritized list of proposed programs that have the potential to be commissioned as DAF Vanguard programs by a four-star level Executive Leadership Team, which is chaired by the vice chief of staff of the Air Force. Decisions coming out of the ELT may take time to be announced within the Department and may take even longer to be publicly announced because truly transformational efforts have security sensitivities associated with them.

“However, not being selected as a Vanguard does not mean the operational challenge goes away or the S&T activities supporting the challenge ends,” said Palumbo. “TCO is building a pipeline of transformational activities that continue to work toward the vision of the future force planners. I think of WARTECH as an overarching process that is targeted at identifying advanced technology demonstrations supporting the most challenging DAF needs.

“The most visible will be Vanguard programs, but the process will inform many parts of the enterprise in both transformational and foundational activities across budget categories. We may have WARTECH cycles where one or more Vanguards are selected. We may also have cycles where no topics are selected to be Vanguards but significant investments are made toward an initial curation phase. These investments will position the topic for follow-on prototyping and demonstration activities as an integrated capability addressing the original operational challenge.”

The Transformational Capabilities Office (TCO) is a small office that identifies and demonstrates the viability of leap-ahead capabilities to drive USAF and USAF Future Force designs, disruptive “first in class” system innovations, and Vanguard programs and reports to the AFRL commander. It resides organizationally within the Air Force Research Laboratory (AFRL) alongside a sister office, the Strategic Development Planning & Experimentation (SDPE) office, which directly supports Department of the Air Force capability development as a technology agnostic honest broker. The office reports to the Air Force Materiel Command (AFMC) commander and receives its taskings directly from AF Futures and Air Force senior leaders. This close partnership with SDPE and alignment to AFRL allows TCO to rapidly pivot to evolving demands, build and lead cross-functional teams, and leverage existing Lab capabilities to accelerate capability development and transition. 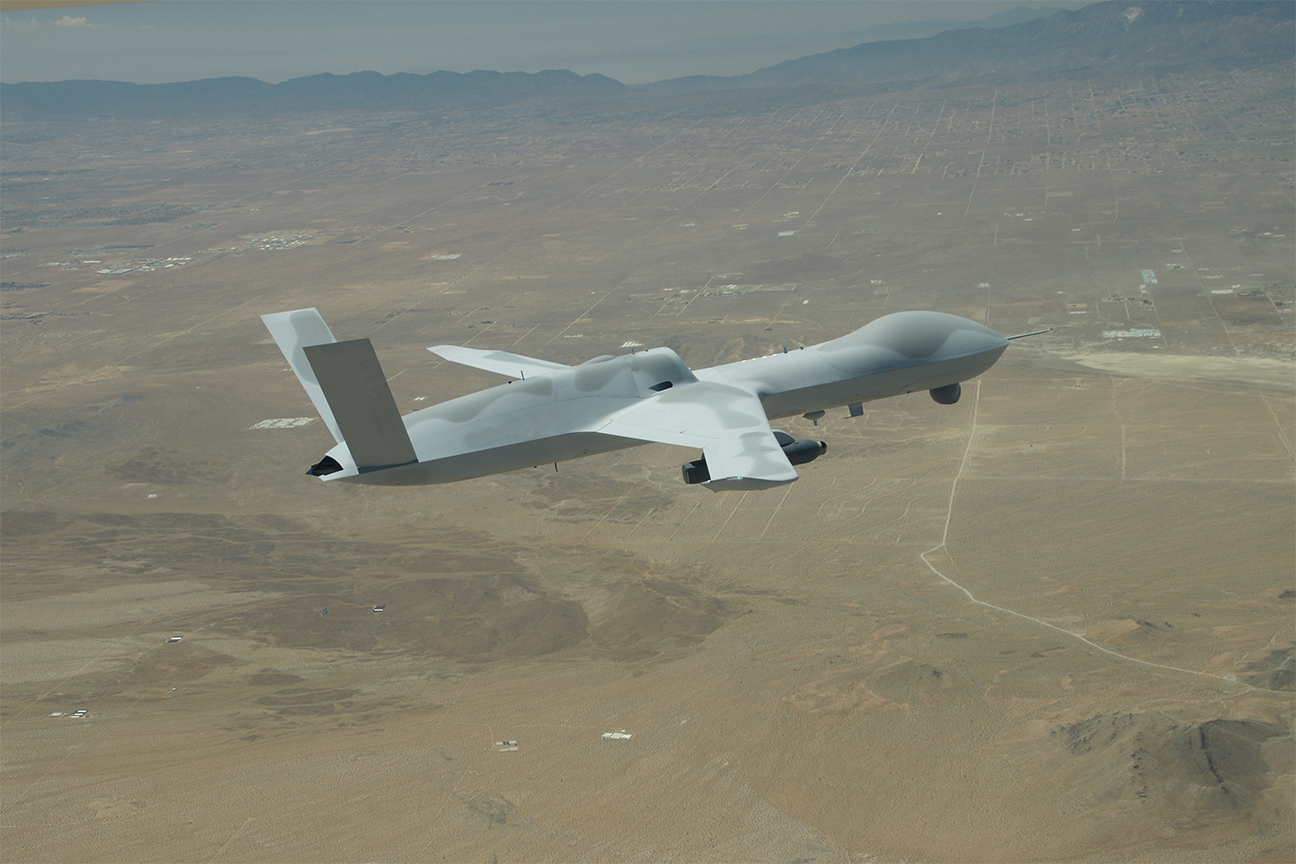 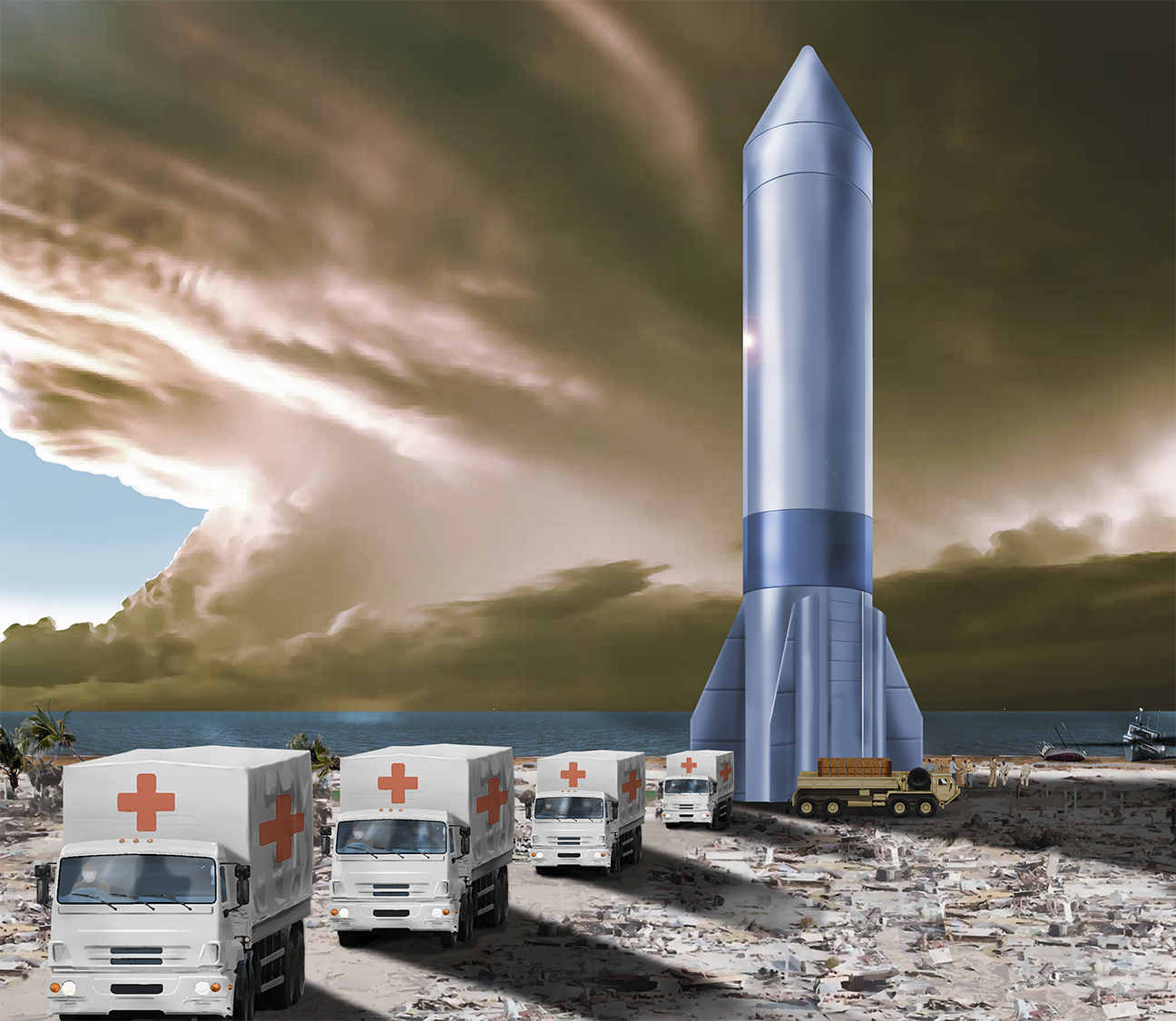 The Department of the Air Force announced June 4, 2021, the designation of Rocket Cargo as the fourth Vanguard program as part of its transformational science and technology portfolio identified in the DAF 2030 Science and Technology strategy for the next decade. (U.S. Air Force illustration/Randy Palmer)