As part of his “Electrifying America’s Future Resolution,” the senator visited AFRL and Sandia National Laboratories to learn more about the important technologies the agencies are developing to advance resilient solar power.

Col. Eric Felt, director of AFRL’s Space Vehicles Directorate, explained the project to Heinrich, which was made easier by the senator’s scientific background, having worked at AFRL prior to his career in politics.

Space solar power beaming is not a new concept, but until recently was not possible due to immature key technologies. The solar cells being developed currently, for example, exceed 33% efficiency.

“When I was at the labs, we were looking at about 12% efficiency in solar cells, so it’s encouraging that we’ve nearly tripled our capability,” Heinrich said.

Both leaders remarked on the high cost of delivering fossil fuel to forward operating locations.

“We intend to provide on-demand power to our warfighters in areas where delivering it can be both expensive and dangerous,” said Felt.

Heinrich added, “The cost of diesel fuel can exceed $1,000 per gallon in some locations, when you factor in all of the global transport costs.”

In addition to serving military purposes, a space solar-beaming capability could be useful to the public.

“Having a source of energy on-demand would be a game changer for our military, and has important possibilities for civilian application, where underserved communities are concerned,” said Heinrich. “The work going on in New Mexico, to advance our country’s energy production is both promising and something we can be very proud of.” 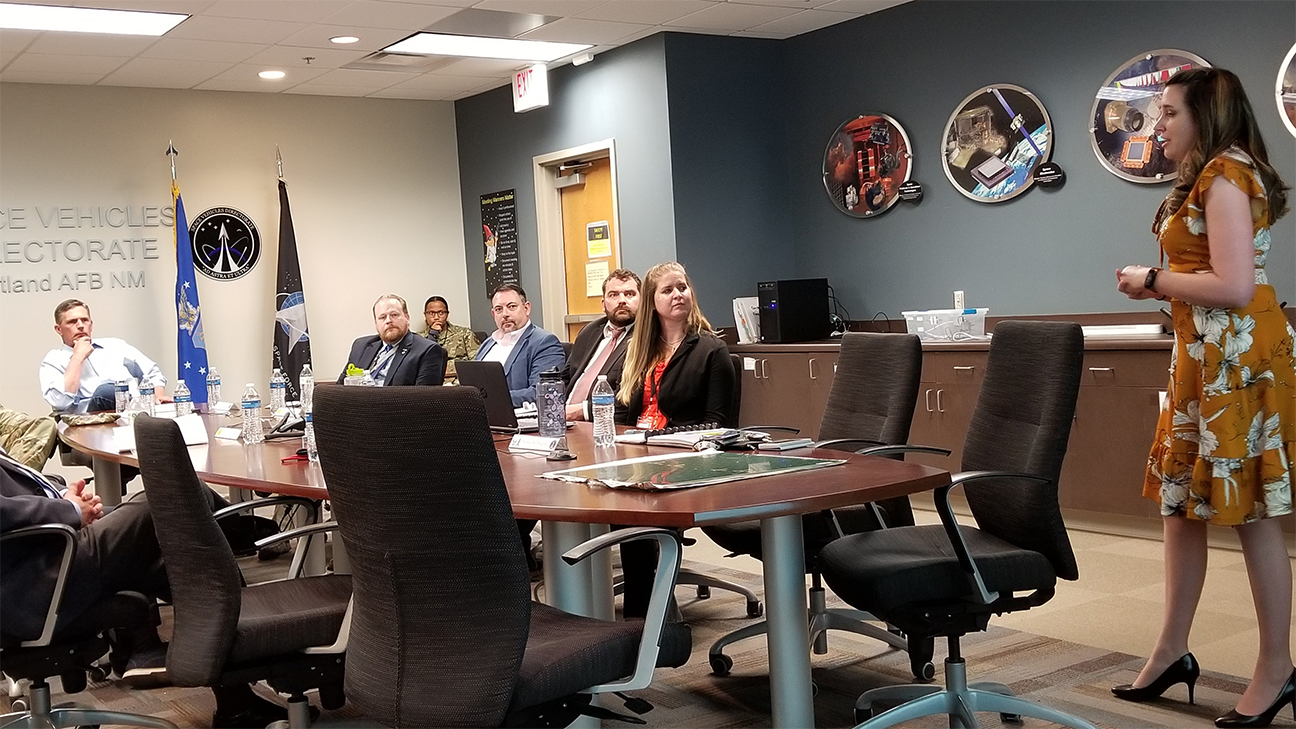 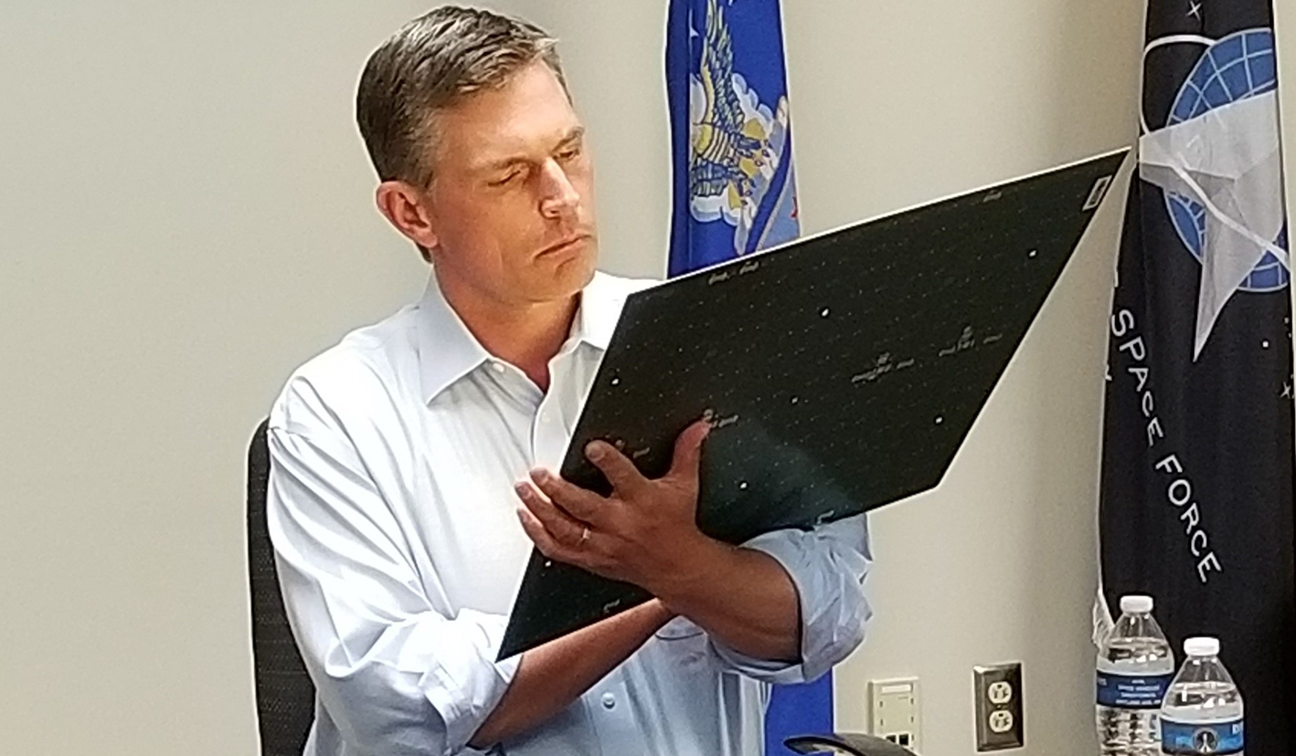 U.S. Senator Martin Heinrich (D-NM) examines a solar-to-radio frequency conversion tile June 3 that will be used as part of a larger constellation of panels to capture the sun’s energy on orbit, and beam it to the ground for on-demand power. (Courtesy photo)