She’s proud to serve and says to women – “Be Strong”

KIRTLAND AIR FORCE BASE, N.M. (AFRL) – “I wanted to do something noble with my life,” 1st Lt. Kyra Schmidt began when talking about her reason for joining the military. The U.S. Air Force Academy graduate is a developmental engineer assigned to the Air Force Research Laboratory Space Vehicles Directorate located on Kirtland Air Force Base.

“I wanted to be an engineer, so when I was looking for colleges, the Academy popped up as a great engineering school,” Schmidt said. “The further I got along in my decision process, the more being in the Air Force seemed like the best thing I could do to help people, while still pursuing my educational goals.”

Today she is the deputy of the Space Vehicles Directorate’s newly named technical team, Space Logistics and Robotics. Schmidt says it has been wonderful being a part of multiple teams that have such a bright, innovative vision for what future space infrastructure will look like.

“We work to develop the technology that will enable a new space paradigm for the DOD and U.S. partners, such as putting robotics on small spacecraft to refuel and service other satellites on orbit,” she said. “Traditionally, our team has focused on the software side, but we are branching out since developing a logistics chain in space will require many moving parts, organizations and time.”

A milestone in Schmidt’s 4-year military service occurred on Feb. 1, when she was inducted into the U.S. Space Force in a ceremony held at Kirtland.

“I am excited to be among the first Guardians,” Schmidt said, identifying herself under the Space Force’s name for its space professionals. “My grandfather served during the birth of the Air Force, and it makes me beyond proud to be able to follow on, and be a part of this moment in history. I am not as starry-eyed as I was as a new second lieutenant – now I have experience that I can use to shape this new force. That is the most exciting thing, to be able to create something that is worthwhile for our nation.”

Though she was born in Riverside, California, Schmidt calls Round Lake, Illinois home — a town about an hour north of Chicago where her dad commutes to as an airline pilot.

“My dad is from Michigan and my mom was born in Panama,” she said. “They met in the Air Force. Although they both left the service while I was young, and never talked about their experiences much, it makes me proud to follow their steps by serving.”

March is Women’s History Month and Schmidt expressed some thoughts on being a female in a male dominated institution. Statistics show females make up 21 percent of the Air Force.

“I am by nature a quiet person, both in volume and manner,” she said. “I have conscientiously worked to put myself in situations where I have to use my voice and strengthen my soft skills. Whether it’s a matter of being the only woman or person of color in the room, a young engineer surrounded by those with Ph.Ds. or a product of a culture where boys are raised and rewarded to be more assertive, it remains a constant battle.”

Schmidt explains the ways she can measure her success as a female are different now than when she was in her commissioning program.

“While at the Academy, I had a couple instances where I was taken less seriously or had to prove myself beyond my peers solely because I am a woman,” she said. “I was always able to point at my grades or how many pull-ups I could do to show them up, but being out of school is a different story. Now, it’s a matter of putting on a fresh attitude, hitting the ground with self-supplied motivation, and trying not to let failures get to me.”

Schmidt offers some advice to young women considering the military as a career choice or a stop along the way.

“For young women looking to join the military, I say don’t be afraid to be strong and loud,” Schmidt said. “It does not make you any less feminine. Diversity of gender, thought or creed is needed in the armed forces or any environment that is prone to groupthink. Most of my dearest friends are men – but only through diversity and increased empathy, in my opinion, will we get to a state where I am not acutely aware of being one of the only women in the room, conversation or effort.”

Lt. Col. Matthew Kozak is Schmidt’s supervisor and chief of the Spacecraft Component Technology Branch. He considers her a top performer.

“Lieutenant Schmidt has provided crucial leadership and technical expertise as deputy team lead, to focus our new spacecraft logistics and robotics team to develop the next generation of warfighting capabilities,” said Kozak. “She understands that AFRL has a strategic role as one lab supporting two services — the Air Force and Space Force — and that our work directly contributes to the nation’s defense. I’m certain that Kyra will continue to excel in her upcoming assignment defending the space domain as a newly minted Guardian.”

Life is more than the laboratory for Schmidt as she pursues far-ranging interests.

“I am probably obsessed with rock climbing,” she remarks. “I picked it up a few years ago and never want to look back. There is something special about being able to get up a vertical or overhanging wall using your own strength and creativity without falling. I also love to read, paint and hike, and I have recently gotten into woodworking. In fact, I recently built my own dining table.”

Schmidt will depart AFRL in May, to take on her first Space Force assignment at Peterson AFB, Colorado. 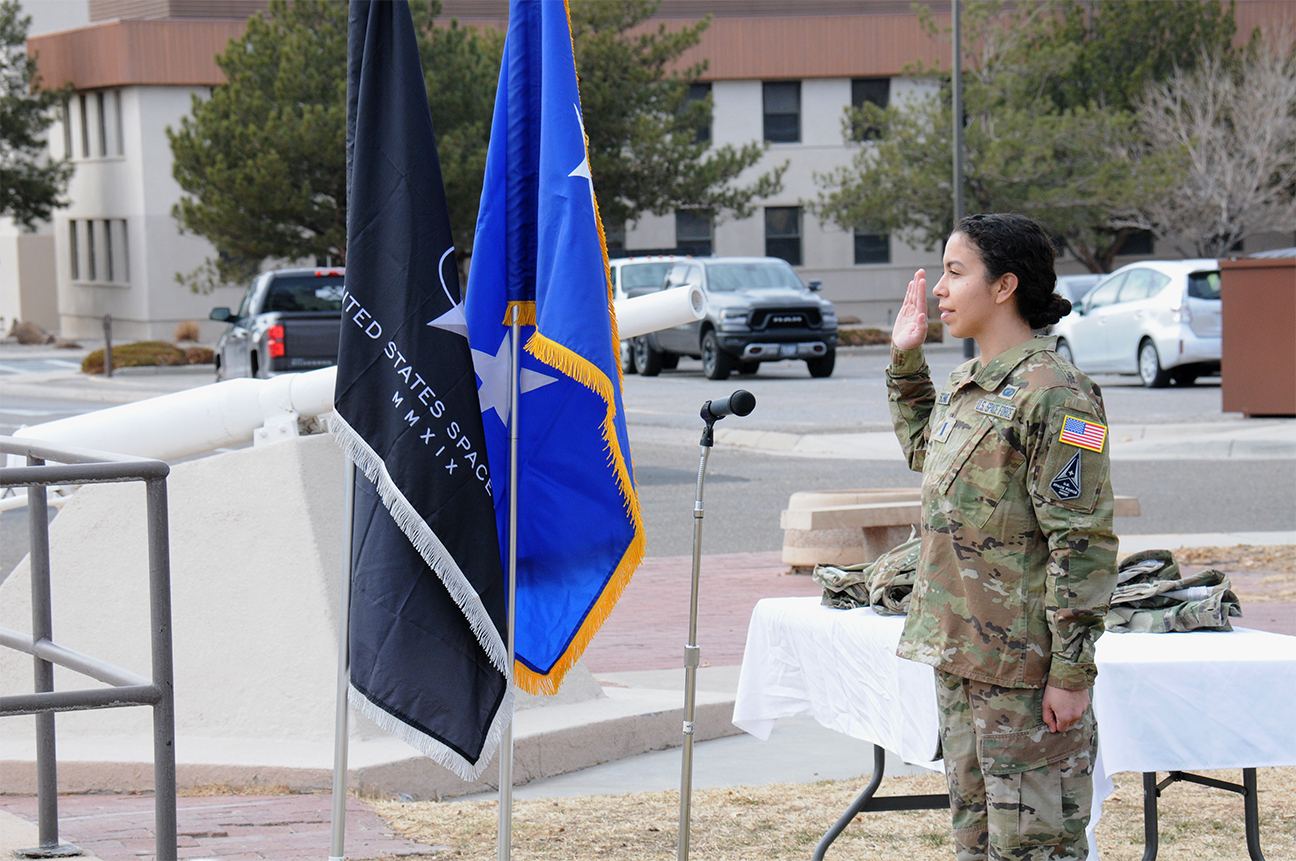 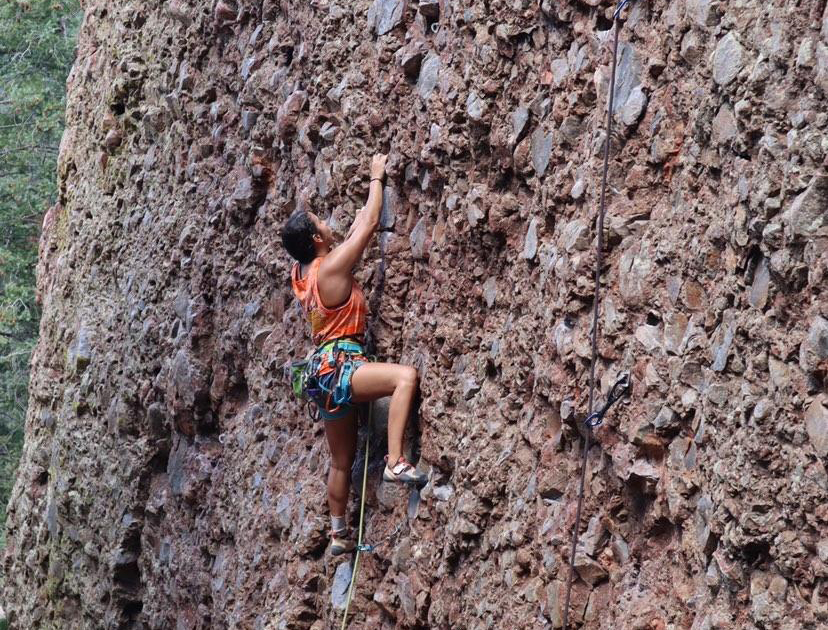