MAUI, Hawaii (AFRL) – Air Force Research Laboratory aerospace engineer Capt. Tara Crouch joined the military because she wanted to work for an organization that has a higher goal than profit.

“I appreciate that the military takes a holistic view of the person’s value-added performance and does not depend directly on the tangible dollar value you provide to the DOD,” Crouch explained.

Crouch is assigned to the AFRL Directed Energy Directorate’s Air Force Maui and Optical Supercomputing site where she is a program manager for one of the five Department of Defense High Performance Computing Centers.

“The element of my job that I love the most is that you have the freedom to build the success of your program as large as you can imagine,” Crouch said. “With the development and transition of technology from the labs to operations, the success of the project largely depends on the stakeholders you bring to the table, investors who dedicate resources to your project, and results you can produce to impact the national science and technology priorities.”

She further explains that the Maui High Performance Computing Center (MHPCC) has established itself as the vanguard for Digital Engineering in the Pacific Theater due to a grassroots movement of “pitching” capabilities to customers that are geographically located near the site.

“Our impact in the Digital Engineering technology sphere is as large as we make it.”

Crouch grew up in Chicago, and attended Iowa State University where she was in the Air Force Reserve Officer Training Corps (AFROTC). In 2019, she graduated from the Air Force Institute of Technology with a Master of Science Degree in Aeronautical Engineering.

While at Iowa State, Crouch met her future husband Capt. Samuel Crouch who was also an aerospace engineering student and in the AFROTC program.

“Sam was my physics lab partner and he would give me rides home on his orange motorcycle,” Crouch said. “Being a joint spouse, or military couple, can add complexities to any career. However, one of the major positives of this is you inherently understand the military language and culture. Luckily, our journey is made easier by our circumstances: same service and same career field. As we progress through our careers, I am sure there will be more challenges.”

On Feb. 1, Crouch and her husband transferred from the U.S. Air Force to the U.S. Space Force in a ceremony conducted at the site’s telescope center on Maui’s Haleakala Summit.

“The decision to transfer to the Space Force was an easy decision for me because I followed the technology I have a passion for advancing,” she said. “I feel with my academic background, I will be able to make the largest impact in space technology.”

“Capt. Crouch stands out as a driven engineer and leader,” said Lt. Col. Scott Pierce, her boss and director of the MHPCC. “Her energy to meet DOD technical needs encourages her team to perform at their best. I expect to see Tara make big waves in the Space Force through some combination of acquisition jiu-jitsu, operational focus, and sheer willpower. From day one, managing the site’s largest program, she has improved our ability to deliver new capabilities to Joint forces and the DOD High Performance Computing enterprise. I’m grateful that Tara would spend her time and effort in our nation’s service and encourage others to follow her lead.”

March is set aside as Women’s History Month, and Crouch shares her thoughts on challenges women find as they maneuver through their careers.

“Women in the work force often find themselves confronting the Double Bind phenomena,” Crouch said. “In academic literature, the Double Bind phenomena describes the difficulty women face in finding the balance between nice and assertive. Women who are too nice can be labeled as pushovers, and women who are too assertive can be viewed unfavorably.”

Military women face the same challenges she goes on to explain.

“Military women are not exempt from these phenomena. My advice to women thinking of joining the military is to find the other women in your organization and help each other out. Make a seat at the table and always remember to give due credit to each other, encourage one another to apply for career advancing opportunities, and support each other in the day-to-day operations. We can be each other’s strongest advocates.”

Crouch talks about two career highlights, one as an advocate for women in the Air Force and the other, an opportunity to pursue her zeal of the French language.

“In 2020, I attended Squadron Officer School at Maxwell AFB, Alabama and through Air University I got connected to the Women’s Initiative Team,” she said. “This team’s initiative recently changed the hair standards for women in the Air Force and the Space Force (#freethebun!). Although I was not working on that initiative, I got the opportunity to work an effort that provides funding for women to ship their breastmilk home while on a temporary duty assignment.”

Crouch said she has been an active member of the Air Force’s Language Enabled Airman Program (LEAP), and is thankful the Space Force will continue to foster language skills.

“I have been studying French since high school and I never wanted to give it up,” Crouch explains. “Fortunately, the Air Force provides so many excellent opportunities to continue your language education. Once COVID restrictions are lifted I am hoping to head to Senegal on a Language Intensive Training Event the military offers to learn about a culture in a way that can only be gained through immersion.”

In her leisure time, Crouch likes to read and sets reading goals each year through a diverse reading list that expands her knowledge and gives her a worldview she believes.

“Last year two books really captured my attention,” she said. “The first book was “The Old Man and the Sea” by Ernest Hemingway, and it fundamentally changed my perspective on perseverance when the situation seems unlikely to change. The second book that resonated with me was “White Fragility” by Robin DiAngelo. This book helped me identify where white fragility has been present in my life and gave me the language and perspective to grow in a more compassionate way.”

In addition to a rewarding job supporting the operational Air and Space Forces, Crouch finds enjoyment in the location of her work.

“Living in Maui has been a dream assignment,” she said. “Maui, and Hawaii as a whole, is so much more than just a vacation destination. Hawaii has a fascinating and rich history that is unique in comparison to other states. I find a similarity between the community focus in Maui that is also present in the Midwest where I am from. This sense of community has been particularly comforting during the pandemic when we are so far away from our own families.” 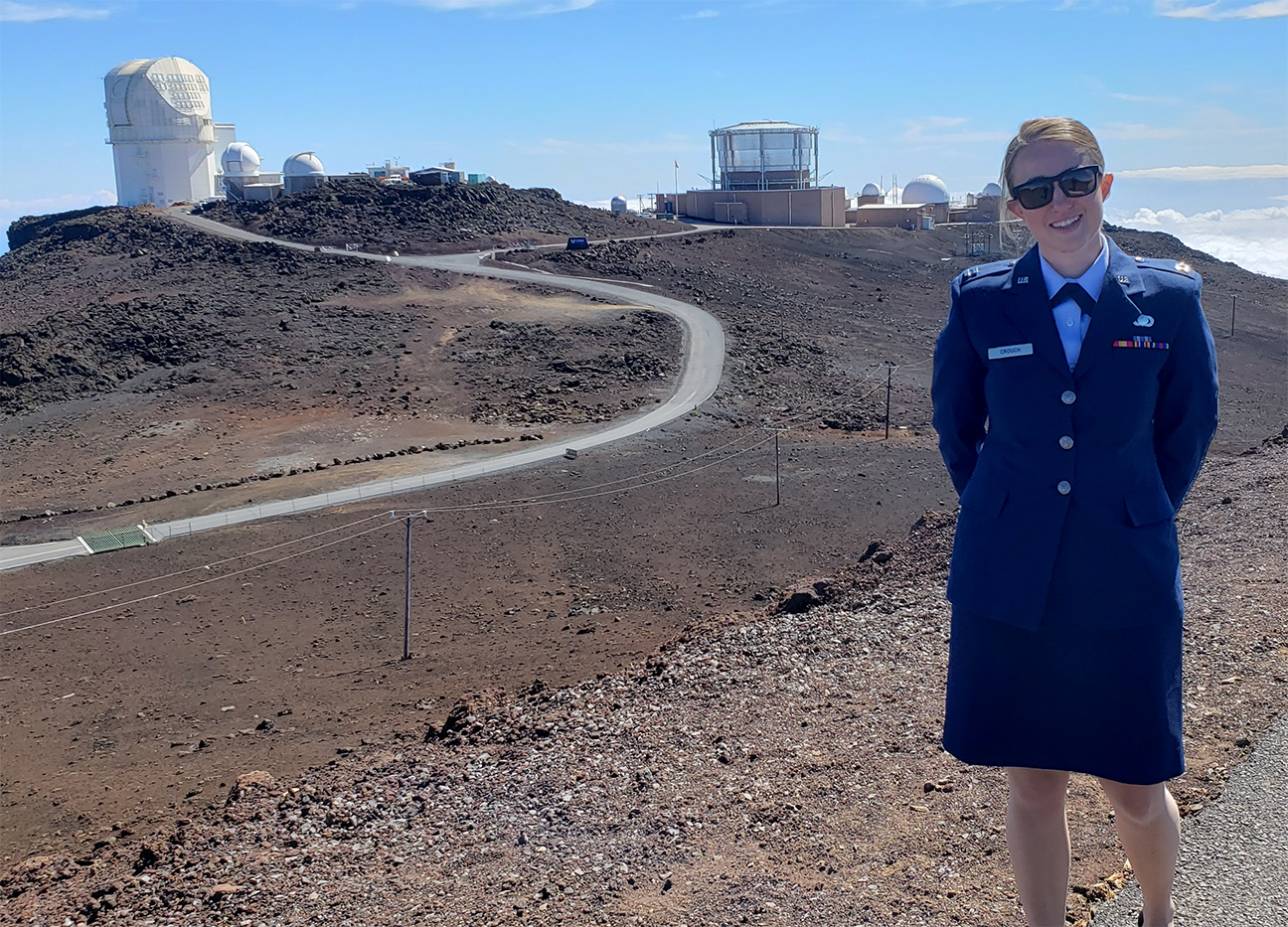 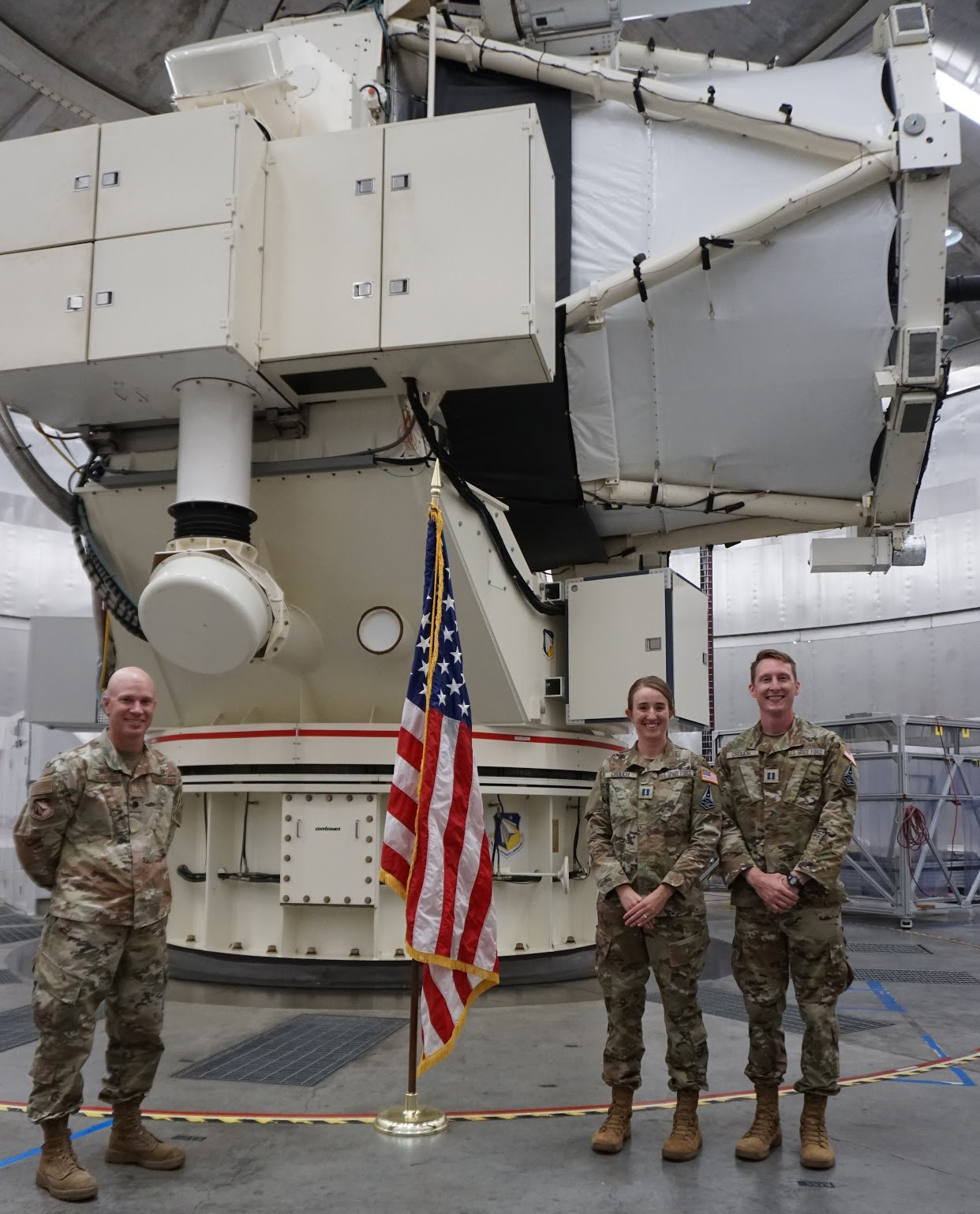