WRIGHT-PATTERSON AIR FORCE BASE, Ohio (AFRL) – In March 2021, a team from Wright-Patterson Air Force Base’s Junior Force Warfighter Operations in the Materials and Manufacturing Directorate (designated “JFWORX”) led a collaborative, live-fire test with explosive ordnance disposal (EOD) personnel from the 354th Civil Engineer Squadron at Eielson Air Force Base, Alaska. Because the extreme cold of Alaskan winters often makes standard ordnance disposal procedures inadequate if not impossible, JFWORX was asked to formally evaluate the use of a readily available resource — snow — as a protective barrier between live ordnance and people or property or both.

It began when AFWERX received a request for technical support from Eielson’s Iceman Spark. AFWERX is not an acronym, but the name of an Air Force program that promotes innovation. Pulling together individual programs with relatively small amounts of funding, AFWERX works to draw in new entrepreneurs with fresh ideas to work on Air Force programs. Iceman Spark is a grassroots organization of Airmen at Eielson Air Force Base who provide innovative solutions in support of the 354th Fighter Wing.

After receiving the request for technical support from Iceman Spark, AFWERX directed them to JFWORX at Wright-Patterson. With subject matter expertise support from across RX, JFWORX members traveled to Eielson to spearhead the four-day test studying the blast mitigation properties of snow.

On a short three-month timeline, JFWORX developed and procured a no-cost blast pressure detection system, designed a functional snow barrier, and delivered a report on the test findings. The report details the success of the test and the promising performance of snow as a tool for reducing the damaging effects of an explosion.

“This test was a big success for JFWORX,” said 1st Lt. Tyler Despard, who designed the test. “Not only did we support EOD warfighters today, but also future strategy by developing a new tool for Arctic operations.”

This effort will be reviewed and adapted by the Joint Ordnance Technology Division at the Air Force Civil Engineer Center, who closely monitored this test, for inclusion in its operational publications.

This test contributes directly to ongoing efforts to posture the force for arctic operations, in accordance with the Department of the Air Force Arctic Strategy, by using the Air Force Research Laboratory’s science and technology enterprise. As part of this project, JFWORX connected with arctic experts at the University of Alaska Fairbanks to engage academic professionals for the benefit of explosive ordnance disposal operations.

As a result of the success of this initial collaboration, JFWORX and Iceman Spark have developed an ongoing partnership, thanks to the initial connection facilitated by AFWERX, and are now working together on several additional projects. This includes providing subject matter expert support to the Eielson perfluoroalkyl and polyfluoroalkyl (PFAS/PFOS) contamination cleanup effort. These substances — found in fire-fighting foam — are hazardous to both physical health and the environment. According to the EPA, PFAS/PFOS contaminants do not break down quickly and have been accumulating in the environment since the 1940s.

“With our continued efforts and collaboration, we will be able to better our junior force scientists, engineers, and program managers through solving real Air Force problems with the operational community,” said 1st Lt. Alex Compean. 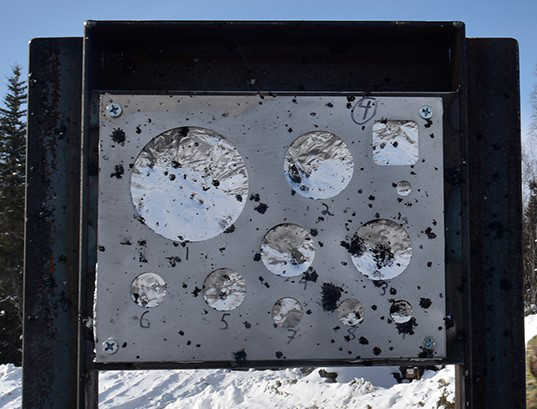 A gauge stand measures the effect of an explosion during the snow mitigation test on March 18, 2021, at Eielson Air Force Base, Alaska. The foil pieces are used to measure the blast caused by the explosion. (U.S. Air Force photo/Senior Airman Danielle Sukhlall) 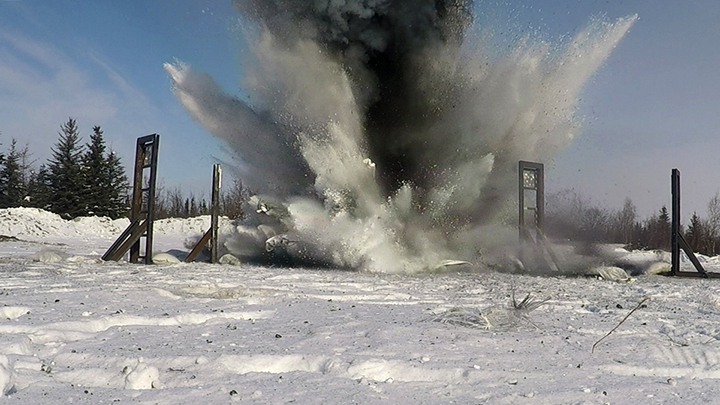 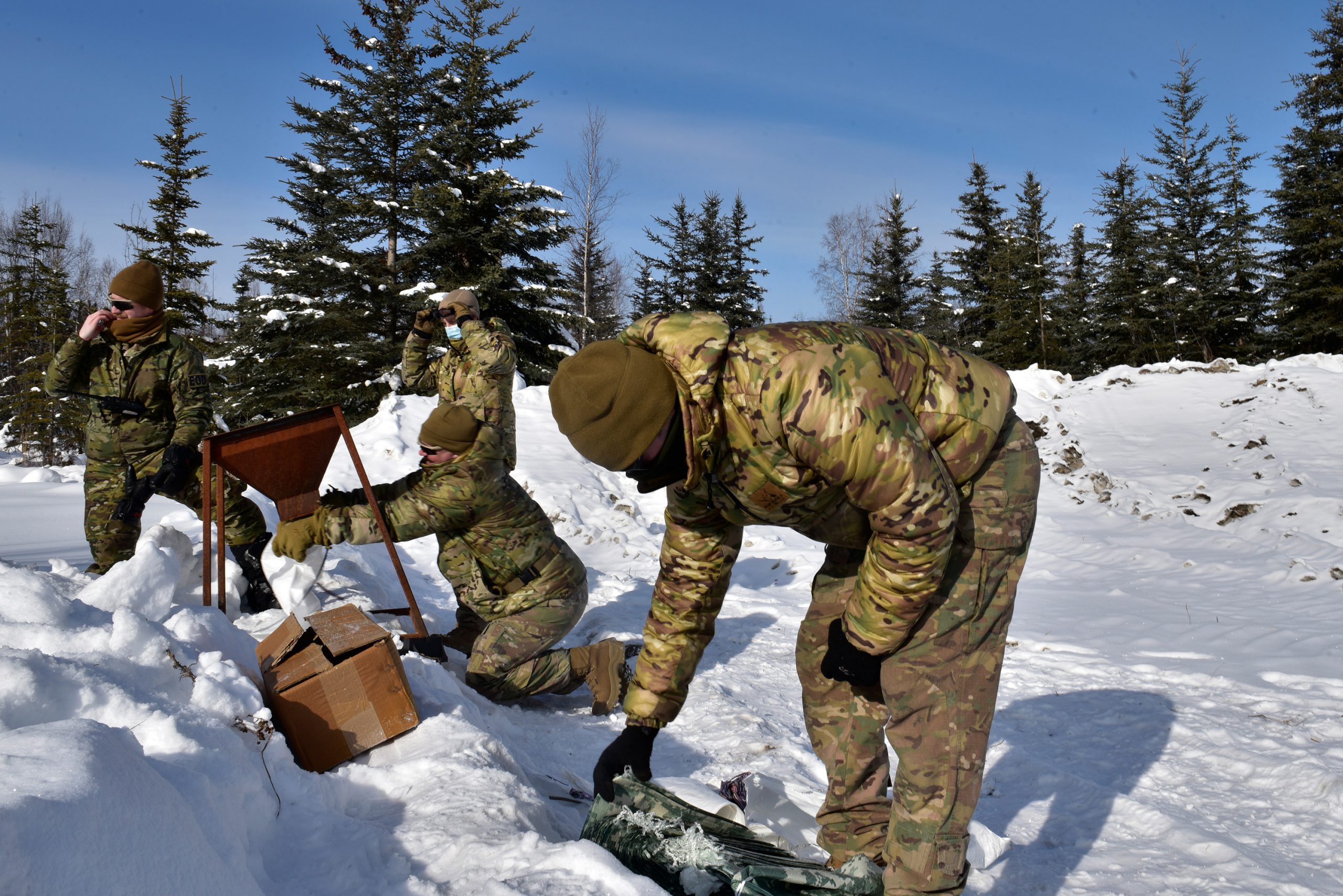