Three Ryans, one internship, and a life-changing experience

KIRTLAND AIR FORCE BASE, N.M. — It’s not uncommon to meet new friends during a college internship, but for three University of North Texas grad students, an internship became a catalyst for serendipitously odd events. The Scholars Program with Air Force Research Laboratory sparked an unconventional family and a life changing experience.

Ryan Hedlof, Ryan Lane, and Ryan Phillips first met in a physics program at the University of North Texas. They shared an advisor who introduced them to the internship that would intertwine their careers and life paths to a degree that none of them expected.

The Ryans’ advisor and professor, Carlos Ordonez, leads the computational physics program that brought the three together. He felt taking part in the AFRL internship would give them valuable experience in working in a world that was not academia.

“Professor Ordonez told us about the internship he had done at AFRL,” said Ryan Phillips. “I’m not sure what initially motivated him to get into the program himself, but I have a very high opinion of him and he said that this program was great. I gave him the benefit of the doubt and came out here and I’m really glad I did.”

The Ryans all entered the Scholars Program in 2015. The program introduced them to the dynamics of working in a government research laboratory and provided the opportunity to work under mentors that were high caliber scientists in their fields.

Though the program was filled with exciting learning opportunities, the transition to New Mexico was not without its challenges.

“Being away from home was challenging,” Phillips said. “The only familiar faces were each other’s. We really tried to make our own family and that’s something we’ve maintained. In fact, we still have Thanksgiving together every year.”

The three built a friendship that has lasted long beyond their time in the program. They all successfully completed the internship, graduated from their respective degree programs, and found their way back to the Air Force Research Laboratory—all while maintaining their bond.

“I recently got married and these guys were my groomsmen,” Hedlof said. “They’ve become a huge part of my life and I owe that, in no small part, to this program.”

Although it may seem like being named Ryan is a prerequisite, people with any name can find a successful career path through the scholars program. It’s people from every gender, every background, every state, and every university.

“College is all about challenging what you think and what you believe,” Lane said. “I would tell any college student to go for the [scholars] program—even if you have some level of hesitation about it.” 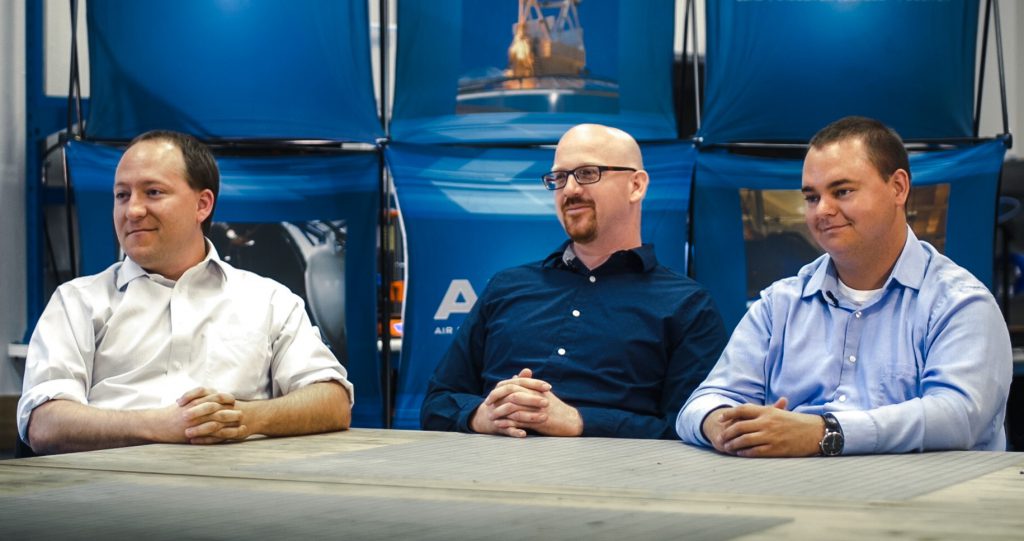