This milestone, which took place at BETA’s Plattsburgh, New York, hangar and testing facility–just 35 miles from its South Burlington, Vermont headquarters–is the culmination of a two-year partnership between BETA and the Agility Prime program. Since partnering in 2020, Air Force engineers have worked alongside BETA’s flight test team to develop and refine the ALIA aircraft to make electric aviation a reality. ALIA has made significant technical advancements throughout the partnership. In addition to last week’s achievement, in 2021, BETA was also awarded the first Air Force airworthiness approval for an electric aircraft with personnel on board. The partnership is currently operating under a Phase II Small Business Innovation Research (SBIR) contract.

The ALIA aircraft, which has been in development for over three years, is fully electric with zero operational emissions. Though it was created to be a cargo carrier, fitting a pilot and three standard pallets, the aircraft can seat up to five passengers, plus a pilot. ALIA is a nod to the Arctic tern, which travels further than any other migratory bird and demonstrates remarkable capability in transporting from pole to pole each year, covering nearly 25,000 miles. With ALIA, BETA has thus targeted a range of 250 nautical miles and a current top speed of approximately 150 knots, with a recharge time of under an hour and a wingspan of 50 feet. In addition to the aircraft, BETA is also rolling out a cross-country charging infrastructure to power electric transportation. To date, the company has more than 60 charging stations online or in development from Vermont to Arkansas, with additional sites planned.

Griffiths, AFWERX Airworthiness and Test Lead and Chief of Engineering, commended BETA on building an innovative company culture while developing their aircraft.

“BETA has developed a unique eVTOL air system that is the complete package and includes an air vehicle and charging network that will surely compete well in this emerging competitive market,” said Griffiths. “However, that is not surprising for a company that has embraced aviation; every employee is encouraged to take flight training, and their office spaces overlook their hangar where all of the BETA magic is happening. It has been a pleasure to work and fly with such a motivated and innovative group of people.”

Before completing this historic test flight, Griffiths and Appleby underwent extensive safety and preparedness training.They completed intensive aircraft academics ahead of their arrival in South Burlington, having received comprehensive ALIA manuals and additional materials compiled by the BETA engineers who built the aircraft. Ground school for both Air Force pilots commenced on March 7. These sessions covered every aspect of piloting ALIA, including individual courses on its structures, batteries, electric motors, flight controls, aerodynamics, and avionics as well as preflight and extensive safety training. On March 8, both pilots underwent simulator training, where they were able to fly the exact test flight route planned for the demonstration.

“It was a blessing and honor to conduct the first Airman flight for the Air Force in the ALIA-250 which was designed, built, and maintained by the dedicated professionals of BETA,” said Appleby. “Special thanks to Josh Lane and Agility Prime for coordinating the test approval and execution and the entire BETA team for providing our training and letting us fly their aircraft. I am excited to watch BETA continue to develop their revolutionary aircraft for civil and military use cases and grateful for the opportunity to experience electric flight.”

Griffiths spoke to the value of this demonstration to the future use case determinations and certification of eVTOL aircraft for both defense and commercial application.

“Today’s Air Force qualitative evaluation flight is the first of many that we will be doing with BETA Technologies and our other Agility Prime vendors,” Griffiths said. “In addition to accelerating these company’s path to FAA type certification by providing access to USAF engineering expertise and test infrastructure, we are also evaluating these prototypes for opportunities to utilize them for unique military missions. We need government pilots to accomplish those evaluations and this is the first step in developing the training and experimentation plans to do so.”

Kyle Clark, BETA founder and CEO, expresses his excitement for BETA’s continuing partnership with the USAF through Agility Prime.

“For over two years, we’ve worked hand-in-hand with the Air Force Agility Prime team to refine our electric aircraft, and we’ve made great progress together,” said Clark. “It’s an honor to have Hank Griffiths and Major Appleby fly our aircraft, and we’re humbled by the Air Force’s continued support and confidence in our engineering. This flight signifies an important milestone, providing the opportunity for a clean future for our nation’s military and a path to fossil fuel independence.”

Col. Nathan Diller, Director of AFWERX, noted that milestones such as this accomplishment are furthering the AFWERX Agility Prime mission to accelerate capabilities for both commercial and defense use.

“The first flight of a service member in an electric aircraft with a Department of Defense airworthiness marks a key milestone in expanding the safety, affordability, availability, and sustainability of air travel,” Diller said.

AFWERX, a program office at the Air Force Research Laboratory (AFRL), connects innovators across government, industry and academia. Through innovation and collaboration with our nation’s top subject-matter experts and harnessing the power of ingenuity of internal talent, by expanding technology, talent, and transition partnerships for rapid and affordable commercial and military capability. In 2020, Fast Company ranked AFWERX #16 of Best Workplaces for Innovators, alongside brands such as Microsoft, Google and Amazon. Additional information is available at: https://www.afwerx.com/ 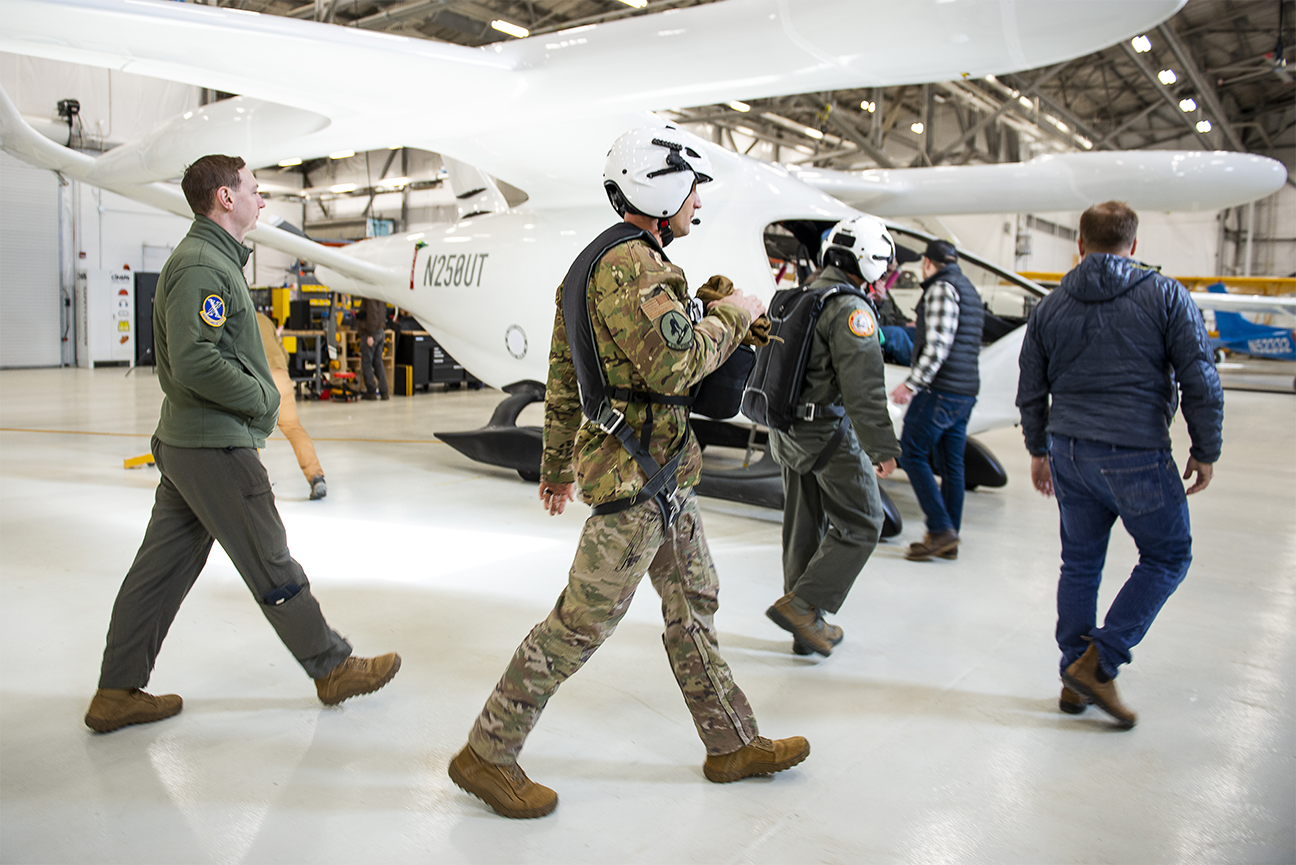 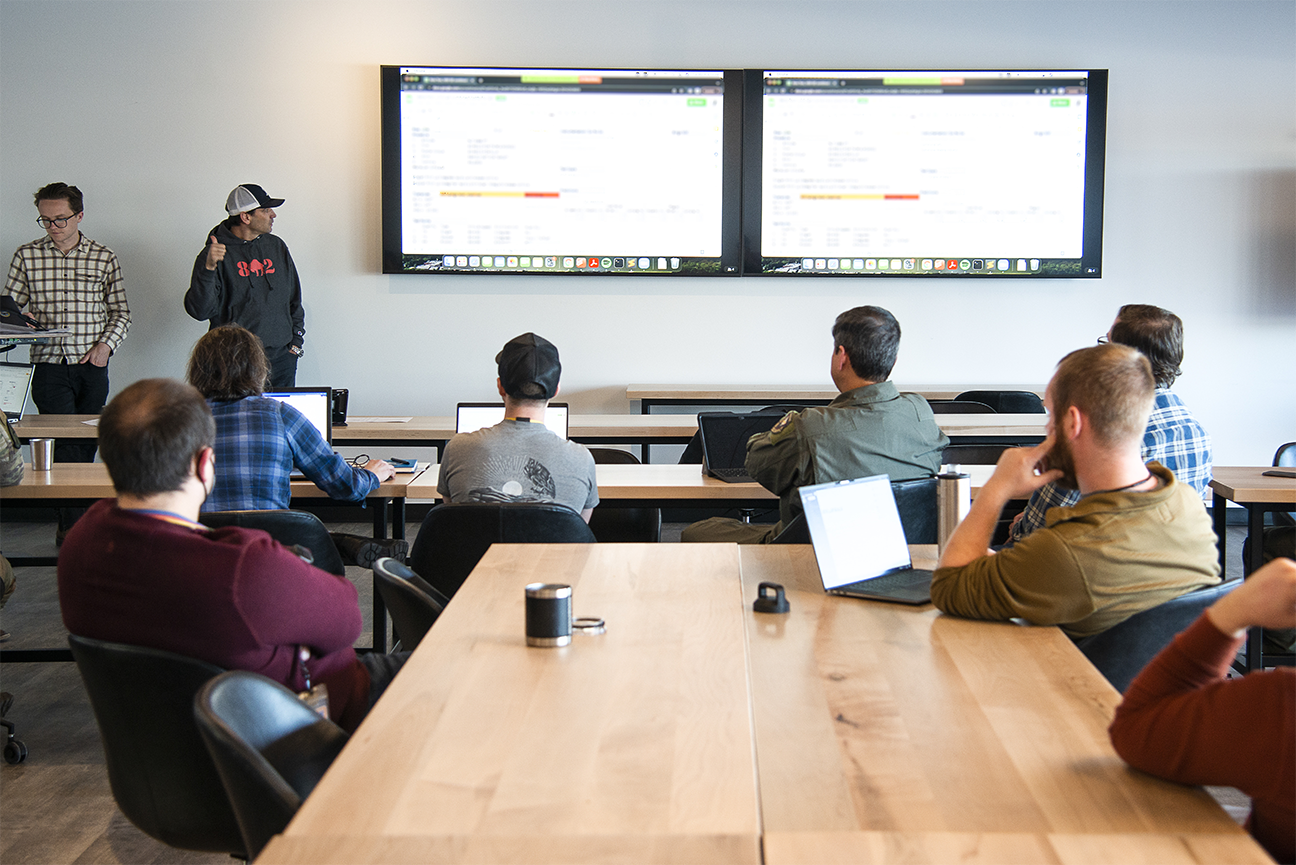 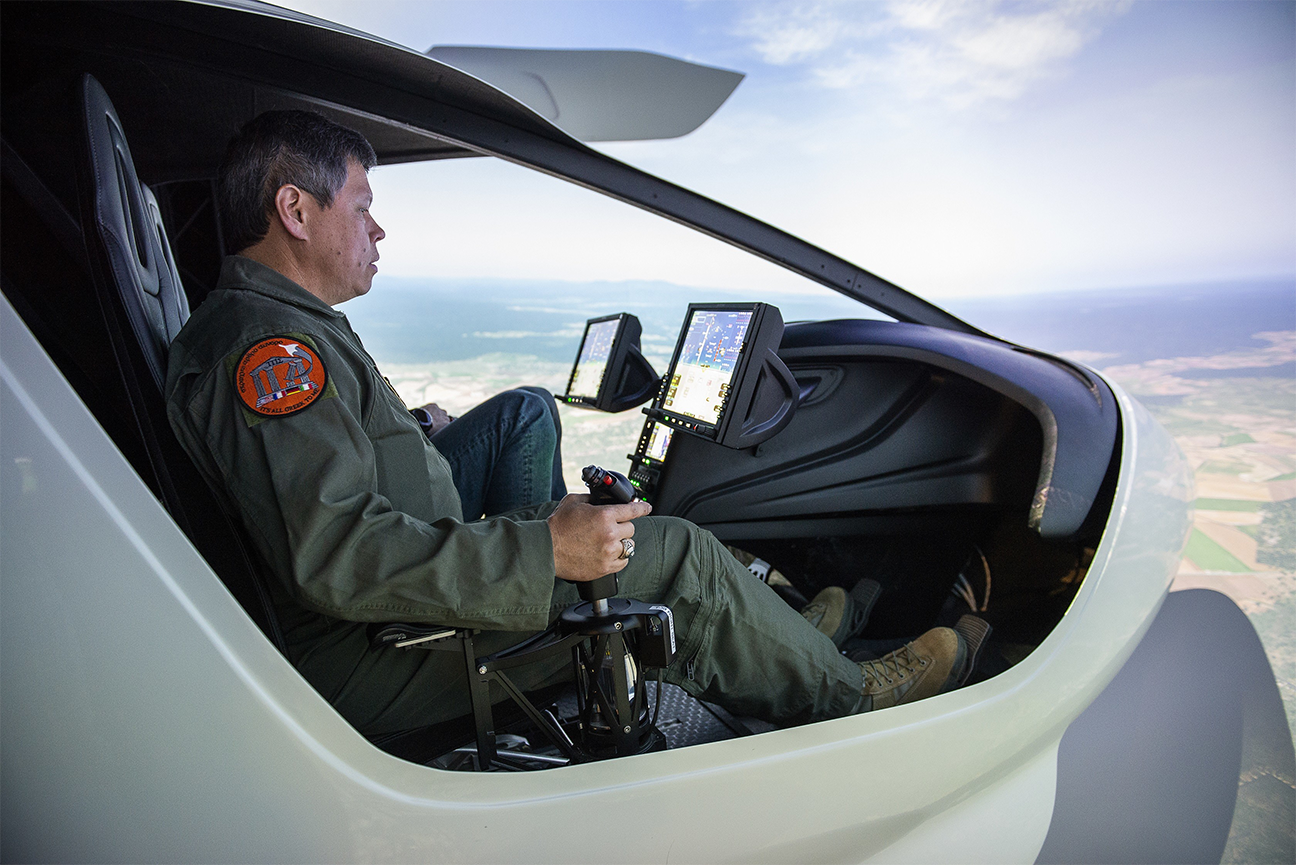 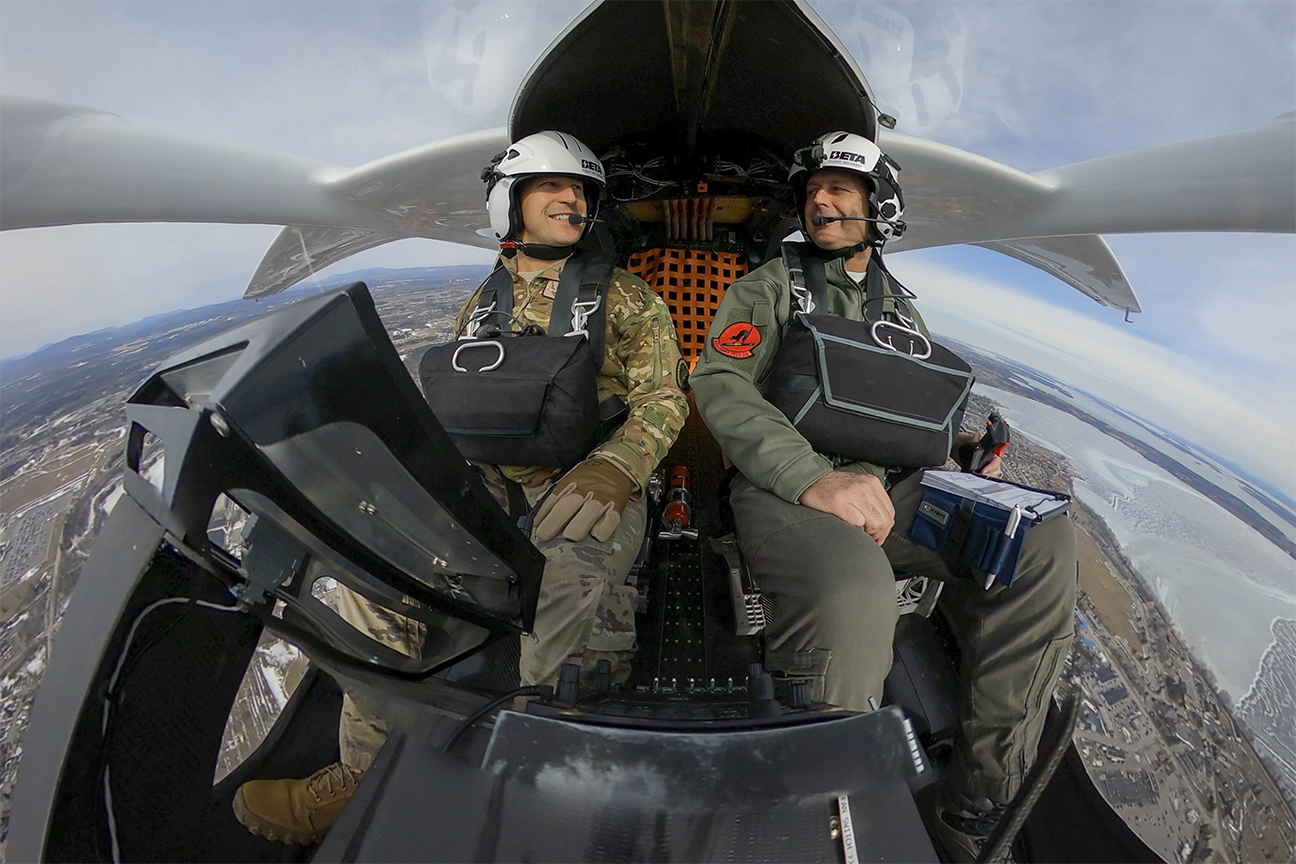 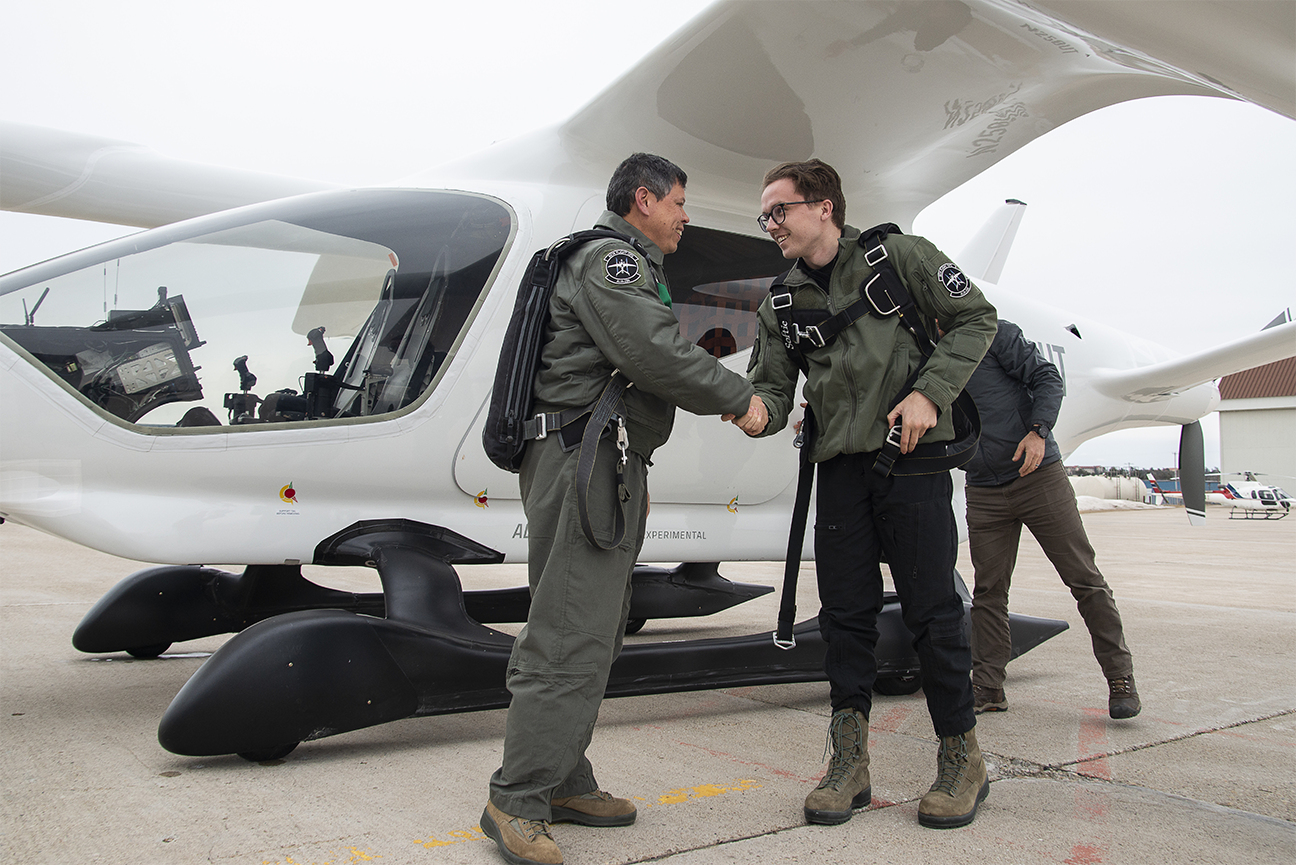