WRIGHT-PATTERSON AIR FORCE BASE, Ohio – The United States Air Force School of Aerospace Medicine here operates the only official anthropometric device accepted by the USAF to determine precise measurements of pilot candidates who do not meet the standard height requirements to become pilots.

Medical flight standards experts in the schoolhouse, part of the Air Force Research Laboratory’s 711th Human Performance Wing, collect seven measurements using this device, and initiate the waiver process to determine if height for each candidate is truly an eliminating factor to fly manned aircraft.

“We take these anthropometric measurements, upload them into the waiver system, and then we send the data to Air Education and Training Command,” explained Dr. Charles Shurlow, a chief flight surgeon in USAFSAM. “AETC will take that data, and put it into WebPASS, the Web-based Pilot Accommodation Screening Software program. From these numbers, the system will inform the waiver approval authority on what airframes that person can fit in and fly safely.”

In early 2000, the cockpits of each type of USAF aircraft were anthropometrically mapped to determine what body sizes can safely operate in each aircraft. This data was used to create the WebPASS program.

“It was an enormous effort,” said Jennifer Whitestone, a biomedical engineer in the Air Force Life Cycle Management Center, also at Wright-Patterson Air Force Base in Ohio. “For each USAF aircraft, subjects of specific body sizes were measured against performance requirements for that particular aircraft.”

Whitestone explained that these anthropometric dimensions were mapped to the ability to perform the required tasks, which are called accommodation envelopes.

“The anthropometric accommodation envelopes for each aircraft are captured in WebPASS,” said Whitestone. “All prospective candidates measurements are put into this web-based software and the aircraft that they are able to safely operate are indicated.”

Waiver packages are then coordinated through a partnership between the AETC surgeon general and 19th Air Force officials, who are responsible for all of the Air Force’s initial flying training.

This waiver process is not new, but AETC officials want to ensure those who dream of flying for the USAF have all the facts and do not self-eliminate because they think they are too tall or too short. 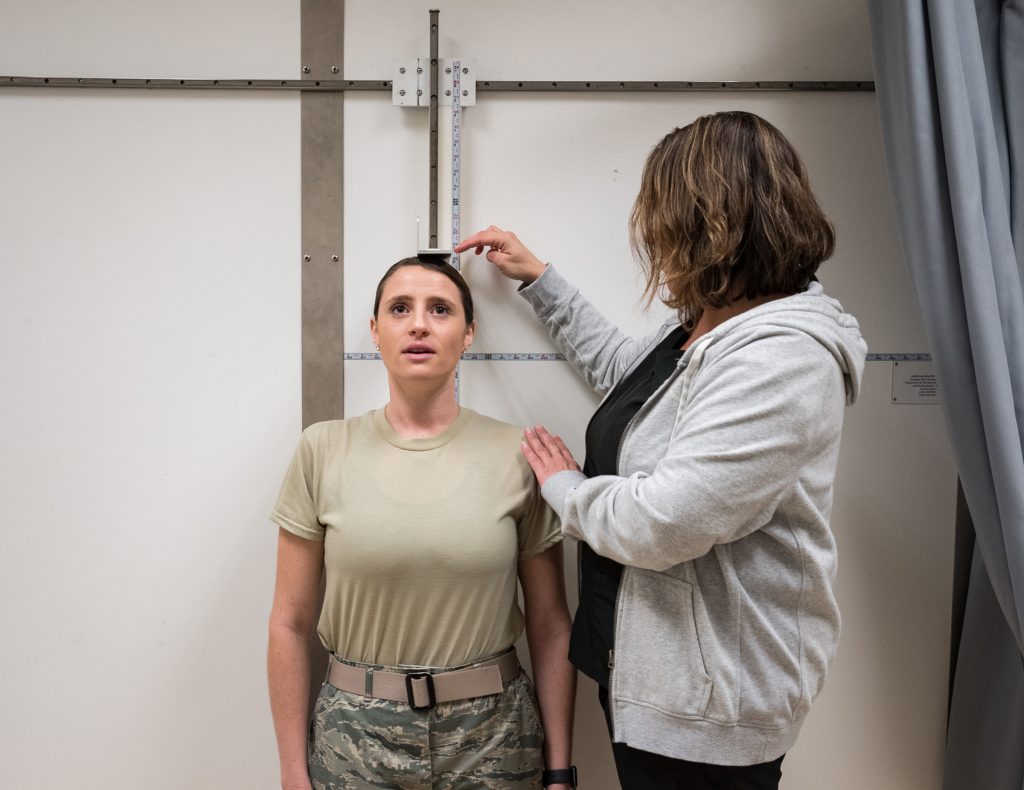 Jessica Barker, an aeromedical technician at the U.S. Air Force School of Aerospace Medicine, measures the standing height of a pilot candidate using the only official anthropometric device for measuring those who fall outside height standards. Seven measurements are collected and uploaded into a waiver system to determine if height for each candidate is truly an eliminating factor to fly manned aircraft. (U.S. Air Force photo by Richard Eldridge) 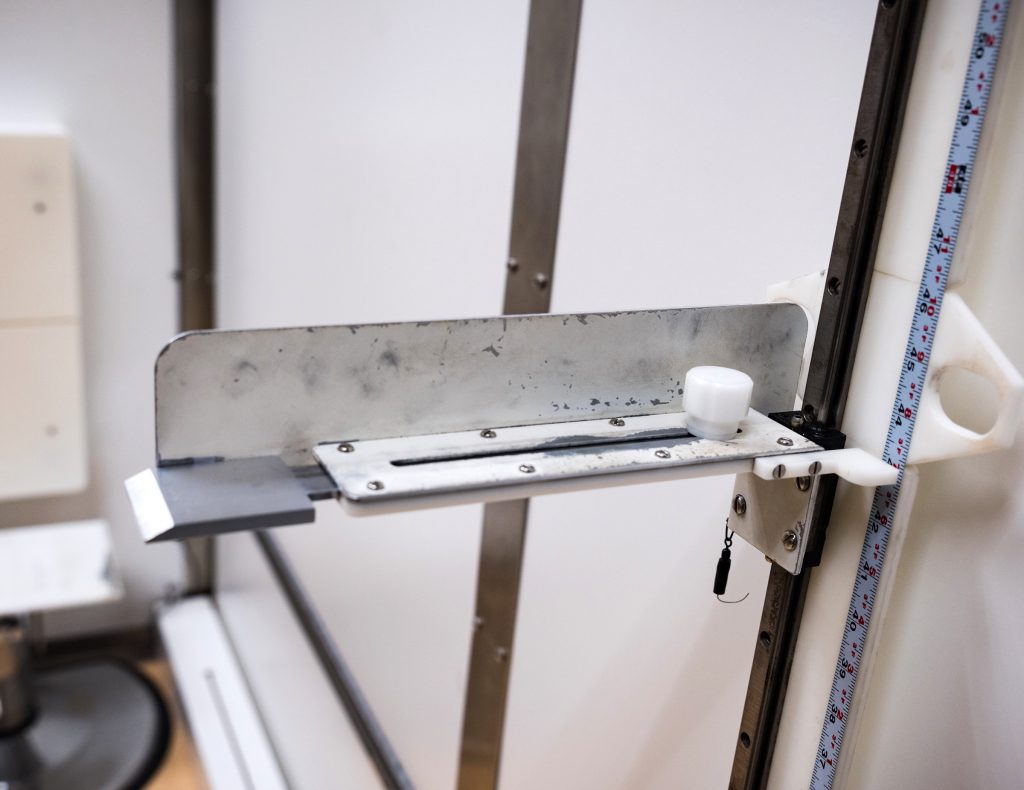 The only official anthropometric device used to measure pilot candidates who fall outside of height standards to fly manned aircraft is located at the U.S. Air Force School of Aerospace Medicine at Wright-Patterson Air Force Base. USAFSAM is part of the Air Force Research Laboratory’s 711th Human Performance Wing. (U.S. Air Force photo by Richard Eldridge)