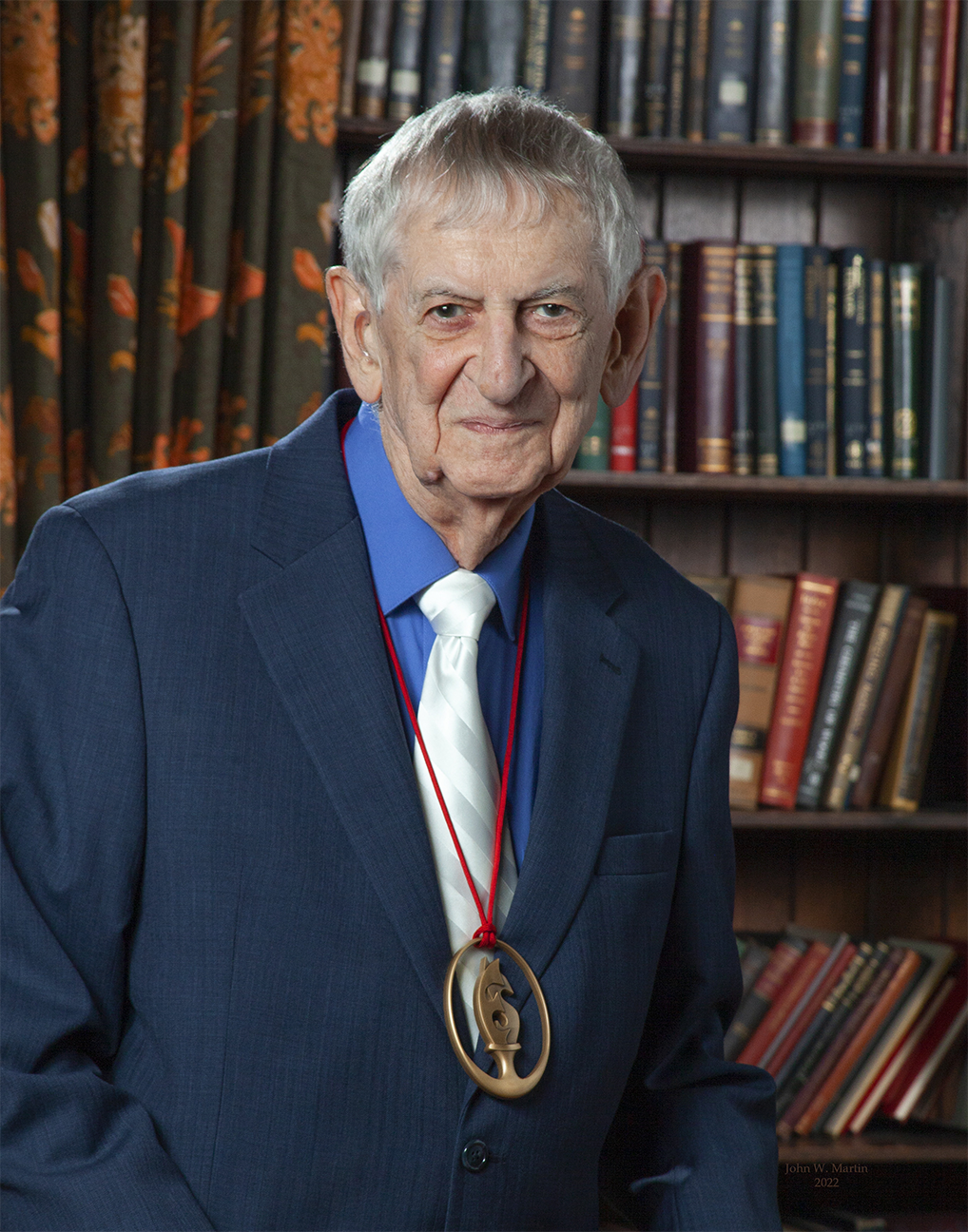 Dr. Nicholas “Nick” J. Pagano, longtime Air Force Research Laboratory employee and world-renowned composite materials researcher, sits for his official portrait at the Engineers Club in Dayton, Ohio, Nov. 9, 2022. Pagano was inducted into the Engineering and Science Hall of Fame for his pioneering contributions in modeling performance of composite materials and his image will be enshrined in the hall at the Engineers Club of Dayton. (Courtesy photo)

According to his nomination package, Pagano was the first to recognize the importance of interlaminar phenomena in high-performance composite materials. His discovery of the “stacking sequence phenomenon” led to new practices to reduce the potential for delamination, or failure between composite layers, ultimately leading to the creation of material that is stronger and lighter than the aluminum traditionally used for aircraft production.

Pagano dedicated over 35 years of civilian service to the Air Force as a materials research engineer and senior scientist, conducting research on the mechanics of composite materials within the Materials and Manufacturing Directorate, or RX, then known as the Air Force Materials Laboratory.

“Dr. Pagano has quite a legacy in the polymer matrix composites technical community,” said Jennifer Fielding, Ceramics branch chief. “He contributed to the understanding of the mechanics and fracture prediction of some of the earliest carbon fiber-reinforced structural composite materials — unique materials that were initially transitioned into fighter and bomber aircraft in the 1970s and 1980s, which enabled so many advanced capabilities.”

Composite materials consist of two or more base components with marked differences in chemical or physical properties that are merged and stacked in multiple thin layers to create a stronger, more flexible material, Pagano said. The fiber direction changes from layer to layer. In certain regions, the stresses — response characteristics that occur under applied loads or environmental conditions such as temperature, pressure, and swelling — approach infinity, which in some cases can manifest in material failures. Pagano derived a theory that ultimately proved to be a fix.

“Our work has shown that free-edge delaminations, or failures, can always be avoided by proper choice of the stacking sequence, guided by the use of an approach depending on the free body diagrams described [in several of our previous publications],” Pagano explained.

Ultimately, this research led to the routine use of lighter, stronger and more reliable composite materials in the creation of aerospace-grade components.

“He is quite simply the best of the best,” said Dr. Som Soni, an entrepreneur and former Air Force Institute of Technology colleague who wrote Pagano’s hall of fame nomination. “I once heard a former AFRL director say, ‘Nick Pagano is of Nobel Laureate quality.’ I think it is a credit to the Air Force, and a credit to RX and the kind of work they do, that the people working there are of this caliber. I am very fortunate and lucky to have worked with him.” 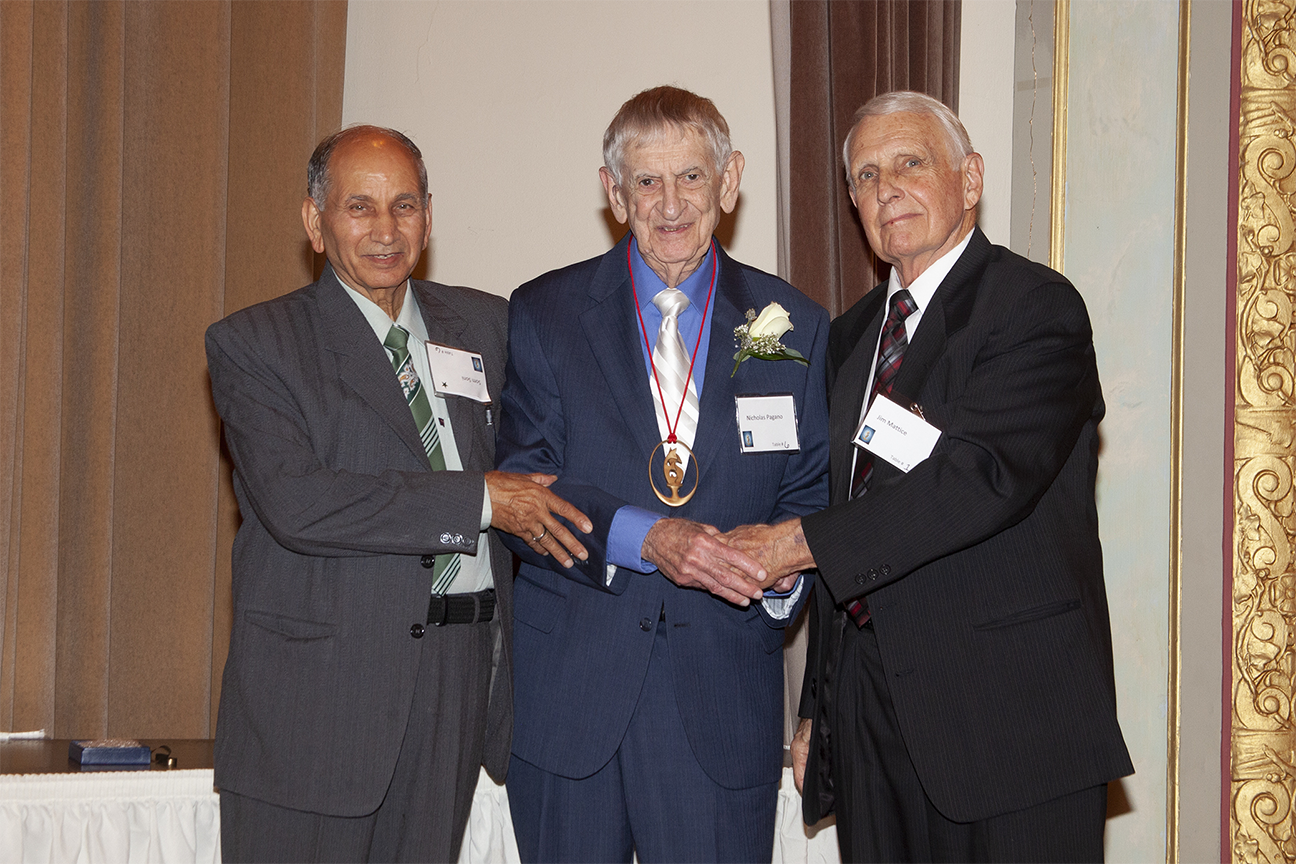 “At some points in my career, I felt as though I became ‘brain-dead’ and was unable to come up with any ideas for significant research,” Pagano said. “So [these sabbaticals allowed me] to shake out some cobwebs.”

These interludes enabled Pagano to return to AFRL with fresh inspiration and ideas. Ultimately, Pagano’s AFRL research led to the establishment of two patented theories, one for exact involute ply patterns in 1982 and another for elastically collapsible radome structures in 2003.

The ply pattern formulation patent, Pagano said, originated as “an experimental conical body made out of file folder paper. It was a joint effort with my wife, who cut out the 92 plies, all identical, that I designed.”

Pagano later teamed with Dr. James Whitney to further the ply pattern research and establish the patent, which led to “industry-wide acceptance of a cylindrical specimen as a means of characterizing composite materials and generating design data,” Fielding said.

Pagano is a three-time recipient of the Materials and Manufacturing Directorate’s prestigious Charles J. Cleary award, an honor that recognizes notable achievements and pioneering contributions to the materials and manufacturing fields.

“It is rare for a researcher to win [the Cleary] award even once in their career,” Fielding noted.

After retiring initially April 1, 2001, and following a three-year teaching stint at Purdue University, Pagano returned to Wright-Patterson Air Force Base on a part-time basis to teach a novel lecture series for AFRL physicists, chemists and engineers in the application of the theory of elasticity for laminated composite materials.

In March 2022, Soni nominated Pagano for induction into the Engineering and Science Hall of Fame.

“I can certainly say that I am proud and pleased at the selection of Dr. Pagano,” said Engineering and Science Hall of Fame President James Mattice. “[This is] a very significant achievement of an RX contributor of note internationally.”

On Nov. 10, 2022, as part of the hall’s schedule of induction events, Pagano spoke with Dayton-area students about his experiences and motivation for his career as part of the Inductees Lectures program to “Listen to and question those who have made history.” 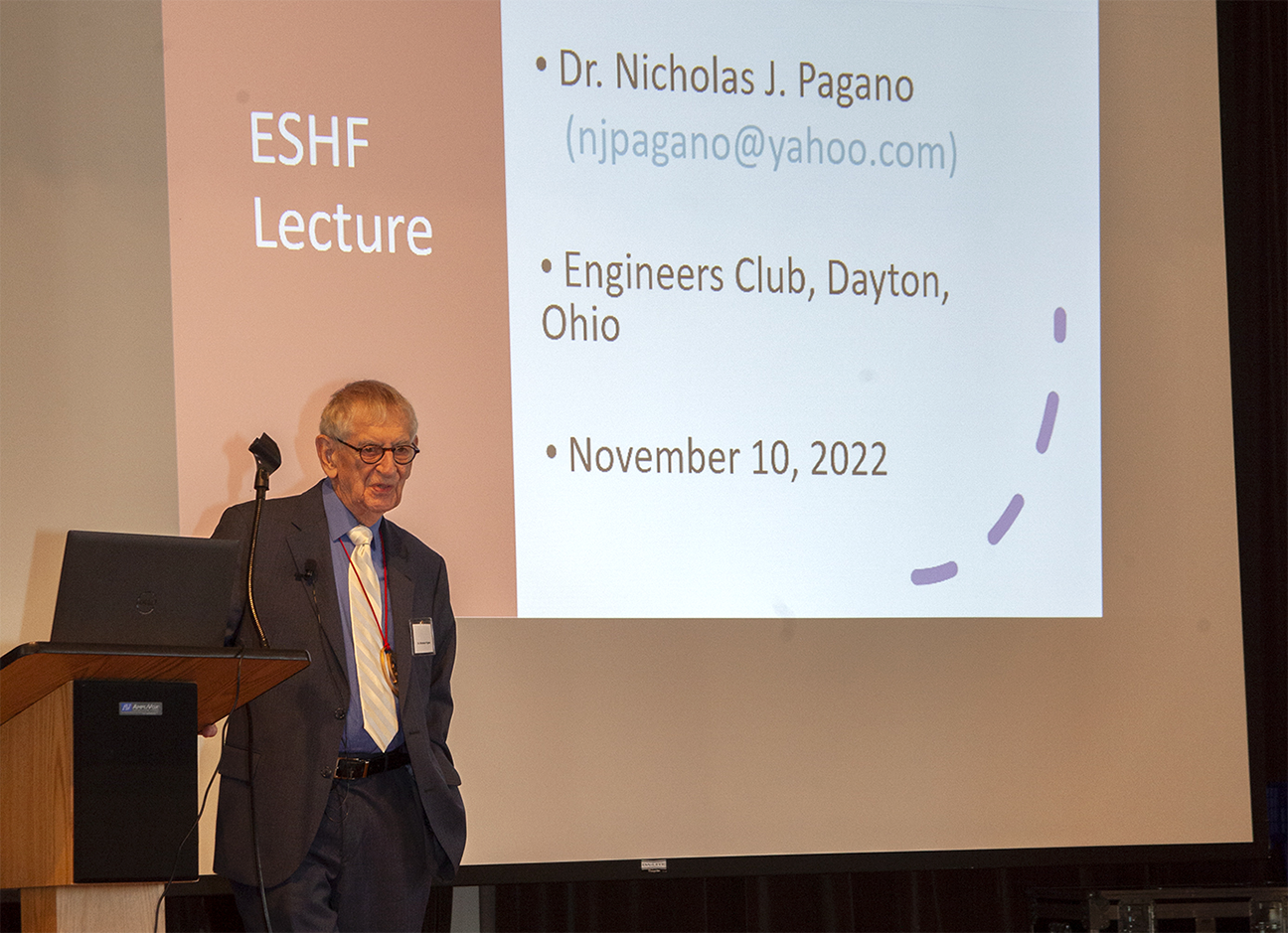 Dr. Nicholas “Nick” J. Pagano, an internationally recognized composite materials researcher, speaks to local high school science, technology, engineering and math students at the Engineers Club in Dayton, Ohio, Nov. 10, 2022, following his induction into the Engineering and Science Hall of Fame. The lecture, in which Pagano discussed his experiences and motivation for his career, was part of the hall’s Inductees Lectures program to “Listen to and question those who have made history.” (Courtesy photo)

Pagano’s signature phrase, “When do we stop planning and start working?” is undoubtedly familiar to colleagues who collaborated with him over the years.
“Nick doesn’t like to spend too much time planning,” Fielding remarked. “He is anxious and excited to get to the research and accomplish his goals. That ‘can do’ attitude is absolutely a key factor in his success.”

In a fitting testament to this “never-quit” philosophy, Pagano recently earned his associate degree in Christian Bible study when he was “only” 82.

“I have had a great career,” said Pagano, who celebrated his 90th birthday on Jan. 11. “I hope the Air Force got their money’s worth out of my sweat.”

The Air Force Research Laboratory, or AFRL, is the primary scientific research and development center for the Department of the Air Force. AFRL plays an integral role in leading the discovery, development, and integration of affordable warfighting technologies for our air, space and cyberspace force. With a workforce of more than 11,500 across nine technology areas and 40 other operations across the globe, AFRL provides a diverse portfolio of science and technology ranging from fundamental to advanced research and technology development. For more information, visit: www.afresearchlab.com.