The Cislunar Highway Patrol System is a spacecraft conceived at the Air Force Research Laboratory Space Vehicles Directorate that is designed to improve the United States Space Force’s ability to detect track and identify artificial objects operating at lunar distances and beyond, a range of 385,000 km. Most Space Force sensors are designed to detect and track satellites that are in Geo synchronous orbit (~36,000 km) distances or closer.

CHPS will search for unknown objects like mission related debris, rocket bodies, and other previously untracked cislunar objects, as well as provide position updates on spacecraft currently operating near the Moon or other cislunar regions that are challenging to observe from Earth.

In addition to extending the Space Force’s sensing capabilities, CHPS will provide the DoD with experience operating in the complicated gravitational environment that exists in specific areas between the Earth and the Moon, and help mature technology required to communicate and navigate near the Moon.

How does it work?

The CHPS spacecraft will launch in 2025 out to an area of gravitational stability between the Earth and the Moon to test out techniques to monitor space traffic that travels through that area. It will use smaller wide-field sensors and more sensitive narrow field sensors to both discover and maintain custody of objects operating in this region. 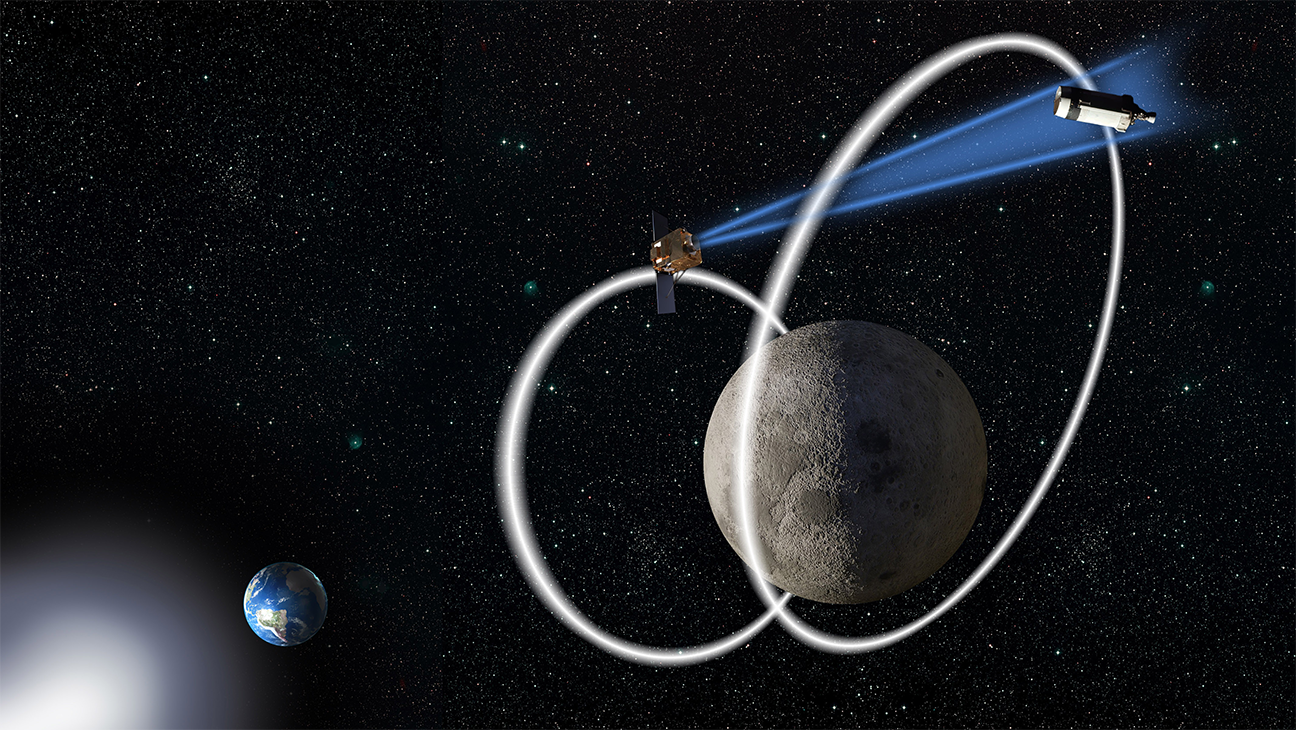 The AFRL Cislunar Highway Patrol System is one of many programs that will benefit from a more rapid contracting vehicle, to advance space research and development. (AFRL graphic)

Novel on-board image processing and orbit determination software will be developed and deployed by AFRL as well as the new navigation techniques needed to accommodate the large distances between the Earth and CHPS’s planned operational area.

Why is it important?

In the next decade alone, the amount of traffic to the Moon as well as the lunar surface, is expected to increase significantly. In the same way that the DoD monitors activity in space near the Earth, monitoring spacecraft above GEO is necessary to ensure safety of operations and to provide attribution if any harmful actions are taken by an adversary. CHPS will provide much needed space domain awareness data to the Space Force, and assist NASA with its mission to land astronauts safely on the Moon, as well as identify and track potentially hazardous near-Earth asteroids.