What is Rapid Dragon?

The multi-phase program brings together nearly 30 stakeholders from across DoD, Air Force Major Commands, Test and Evaluation enterprise, program offices, and industry to develop and demonstrate the capability through modeling, simulation, analysis, demonstration and flight tests. The program, established in December 2019, and achieved powered flight/live fire test from an MC-130J in December 2021.

How Can the Air Force Utilize Palletized Munitions?

Additionally, the Air Force could utilize palletized munitions to aid in restricting sea-lane or harbor movement (palletized sea-mining mission), drive a reallocation of resources to address new Concept of Operations (adversary cost imposition), and provide this capability, as a force multiplier, to foreign partners and allies when U.S. aircraft availability may be limited in some scenarios.

Why palletized munitions for the Department of the Air Force? 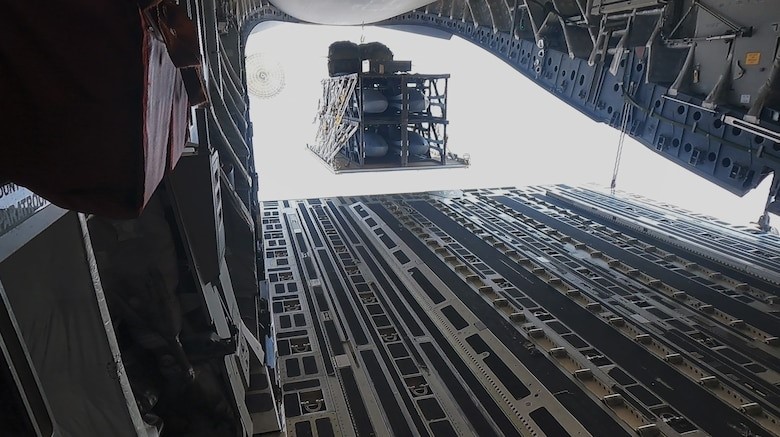 A standard cargo airdrop of the Palletized Munition Deployment System from a C-17A. A four-pack configuration is used for demonstration purposes. (Courtesy photo) 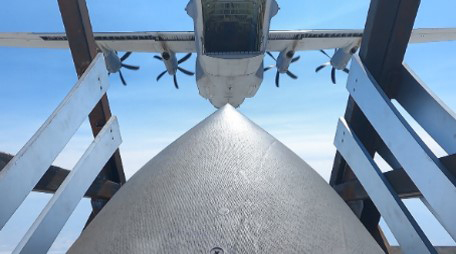 An airdropped Palletized Munition Deployment System. The photo shows one of the cruise missile simulants in the Deployment Box immediately after being airdropped from a MC-130J. (Courtesy photo)

How do palletized munitions work?

Palletized munitions are traditional weapons which are employed via airdrop from existing cargo aircraft utilizing a specially-designed deployment box on a standard airdrop platform. The complete system is designed as a roll-on roll-off capability to enable rapid fielding and eliminate the need for aircraft modification.

Current efforts are working to employ multiple palletized munitions platforms in a six-weapon configuration (C-130) and nine-weapon configuration (C-17). The goal is to further refine these attributes to increase payload options and configurations with additional weapon systems. In this system, weapons with preloaded targeting information are secured into a weapon release mechanism and loaded onto the airlift aircraft. When a target is selected and a strike request is made, routing and retargeting coordinates are confirmed and/or updated.

Once deployed using standard air drop procedures and stabilized under the parachute, weapons are systematically released. Released weapons ignite, pull up, and proceed normally to the target. 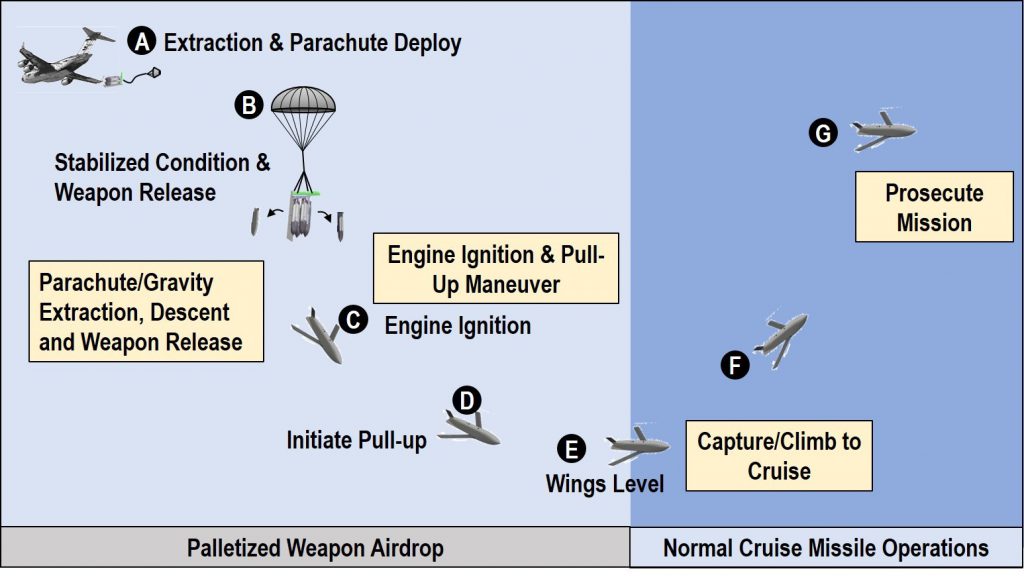 What is the DAF doing to further this capability? 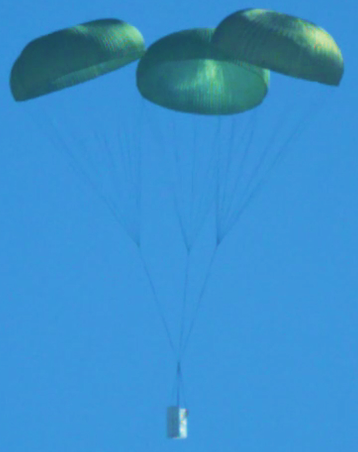 A simulated payload is dropped as part of Rapid Dragon’s stability flight tests.