AFRL is looking to expand rocket propulsion technology into new territory with a first-of-its-kind prototype vehicle powered by an aerospike rocket engine. The Aerospike Rocket Integration and Suborbital Experiment (ARISE) is the most ambitious technology demonstrator yet under AFRL’s Affordable Responsive Modular Rocket (ARMR) portfolio. The ARISE propulsion system is a highly modular configuration comprised of multiple thrusters and turbomachinery units working in concert as a single engine. This proof-of-principle flight test will follow a representative launch trajectory and gather test data in the relevant environment of suborbital space. This technology demonstration will overhaul the industry’s approach to rocket engine development by adopting modular engine architectures to enable new disruptive Rapid Launch capabilities within the Space Force.

ARISE aims to design, manufacture and test a highly instrumented prototype modular aerospike rocket engine. A technology demonstration will achieve the first truly representative flight of an aerospike rocket. The goal is to mature technologies necessary for the next generation of space access launch vehicles across Space Force missions, from Rapid Launch to National Security Space. Efforts such as ARISE will become more important as the paradigm shifts for orbital launches. The U.S. wants to deliver low-cost space capabilities that address specific needs in a shorter timeline than currently possible. Accordingly, this will require new technologies and new ways of developing rockets and rocket engines. ARMR efforts will address these needs and ensure that supporting technologies are ready for incorporation into the next generation of space access launch vehicles. 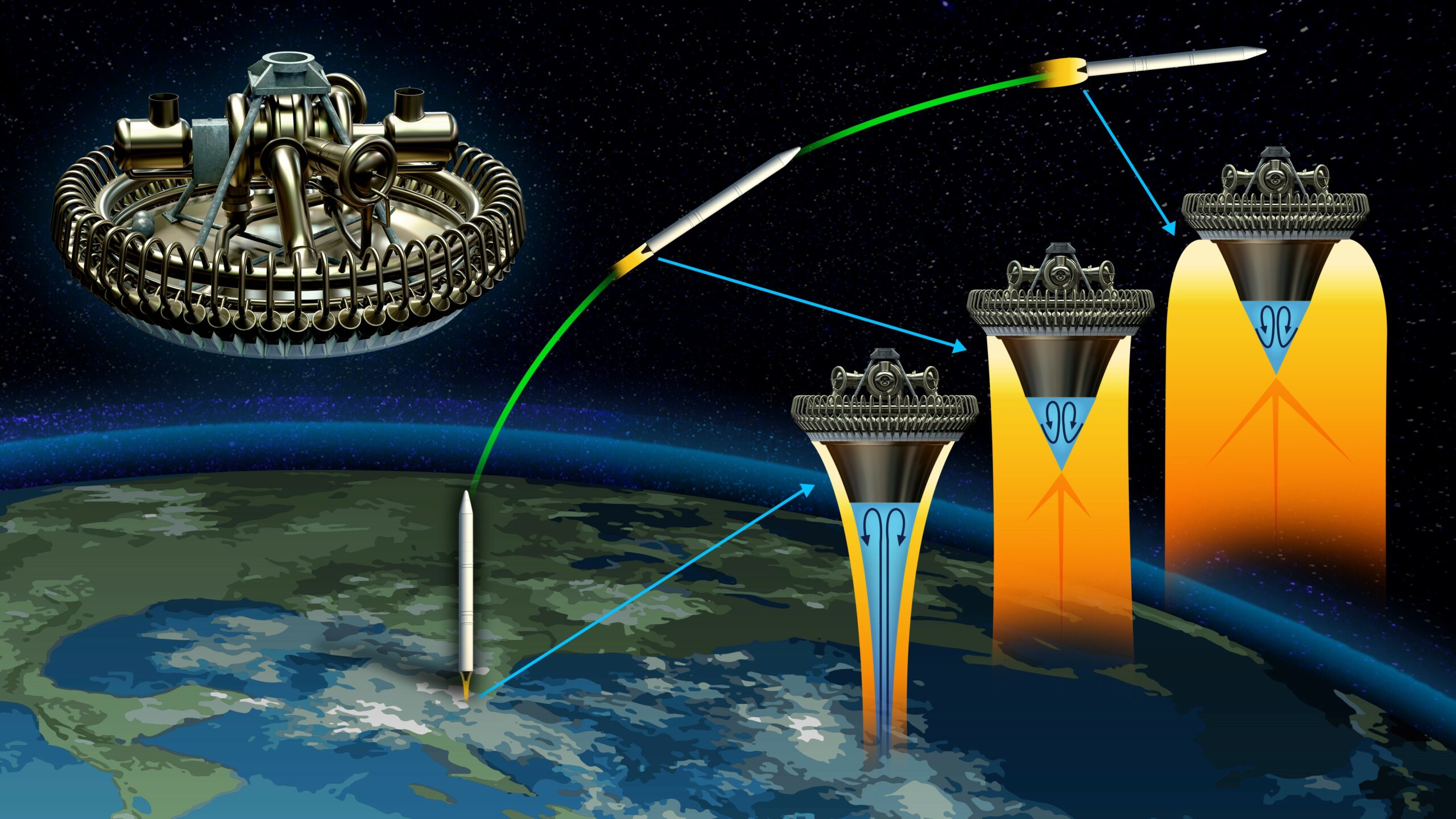 Rocket engine modularity refers to an innovative engine configuration that promises significant cost savings and shortened development times. Both are necessary advantages for future Rapid Launch and National Security Space systems. While a modular architecture is still too challenging and unproven for industry, the ARISE demonstrator vehicle implements component modularity with multiple propellant pumps, gas generators and thrusters, integrated into a single engine. The goal is to demonstrate the feasibility of the modular rocket engine architecture.

Since the ARISE demonstrator flies through an identical space access trajectory, it will demonstrate the aerospike nozzle in realistic flight, thus achieving a goal that has been decades in the making. Aerospike nozzles operate in three modes (open wake, wake transition, and closed wake) at specific altitudes depending on the engine design, flight trajectory, and ambient atmospheric conditions. ARISE will fly a launch-to-orbit trajectory to ensure the aerospike nozzle operates in all three regimes and gathers applicable data for future launch vehicles. 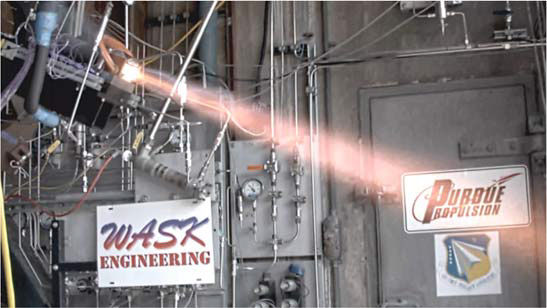 Uncertainties related to design and performance are the current barriers to engine modularity and aerospike nozzles in launch vehicles. Since ARISE will demonstrate relevant behavior in flight and gather large amounts of data that can anchor models, this initiative will significantly decrease the risks and costs associated with developing future rocket engines that incorporate this technology. Industry wants mature (preferably flight-proven) technologies. ARISE will mature these technologies to the necessary Technology Readiness Level (TRL) for implementation. After many decades of research and abandoned flight efforts, this effort will also mark the first representative flight of an aerospike engine.

HOW DOES ENGINE MODULARITY WORK?

Traditional large liquid rocket engines are made of multiple individual and unique components. While sizing for a specific engine scale simplifies the analysis, it also significantly increases component design requirements. Components are incredibly expensive to manufacture because of the increased cost and additional time required for developmental testing. Furthermore, the designs developed can only work for that singular engine, necessitating a new development cycle for a different scale engine.

In contrast, a modular rocket engine functions by using multiple, smaller components working in concert to produce thrust of an equivalent single engine. Manifolding distributes the propellants evenly among all components. Building upon ongoing ARMR portfolio research and test efforts, the ARISE vehicle will demonstrate the viability of these full-scale technologies in a relevant environment.

WHY AN AEROSPIKE NOZZLE?

While modular engines do not require an arrangement via the aerospike nozzle, AFRL’s ARMR portfolio research highlights the inherent advantages of a modular-aerospike configuration for a production engine. The benefits of this structure include improved performance, better facilitation of integration schemes between vehicle and engine, and improved adaptability between different derivative engine and vehicle. The Aerospike configuration takes full advantage of modularity’s offerings Therefore as a significant enabler; this configuration will prove to be viable along with other modularity technologies.

HOW DOES AN AEROSPIKE NOZZLE WORK?

A traditional rocket nozzle expands the exhaust gas via a “bell” shape, accelerating the flow and generating thrust. The thrust and efficiency are functions of the gas temperature and pressure, shape and length of the nozzle, and the atmospheric pressure. Since the bell exhaust area is fixed, this optimizes the bell-nozzle for a single altitude. Inversely, an aerospike nozzle expands the exhaust gas on the exterior surface. Thus, the ambient atmosphere controls the exhaust expansion and acceleration. Like the bell nozzle, the acceleration of the gas imparts forces on the nozzle wall, generating thrust. However, unlike the bell nozzle, this expansion continues to adapt to the changing external atmospheric pressure, maintaining a high optimum during the vehicle’s ascent. Realistic flight conditions have not validated in this behavior, since wind tunnel and ground testing cannot provide a truly representative flight environment. The ARISE demonstrator will gather performance data in relevant flight conditions, thereby improving our understanding of an aerospike nozzle.